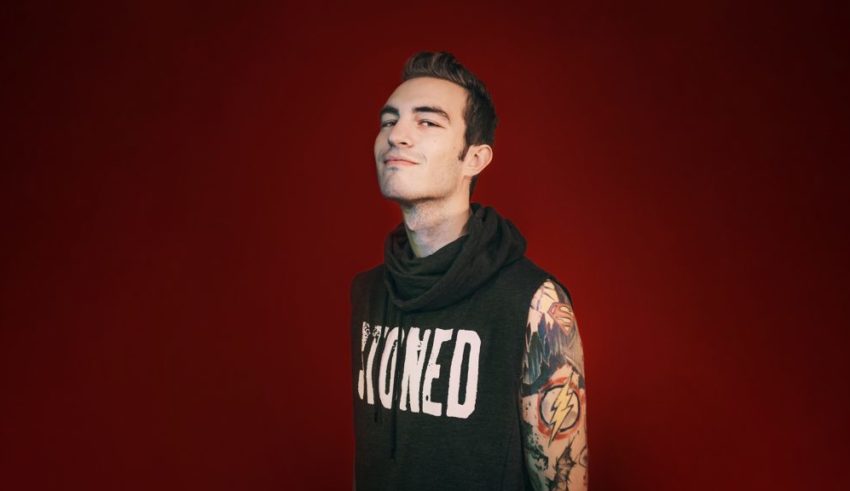 Albania’s Festivali i Këngës is set to begin on December 27th, taking place once again within the Pallati i Kongreseve. Ahead of the show we were able to talk with Gjergj (Joe) Kaçinari, who has been involved in the festival for a number of years but just recently transitioned to performing as a featured artist.

Together we talked about his pathway into music, his prior involvement with Festivali i Këngës, his song, and much more.

Hello Gjergj – thank you so much for agreeing to sit down with us today! For our readers who might be encountering you for the first time, what should they know about you as a musician and as a person?

Hello! I’m Joe, I like rock music and Mexican food, hahaha. Now seriously – I’m a musician and I try to do my best when it comes to writing and performing and that’s all.

I know that you possess many musical talents as a songwriter, singer, and player of guitar, drums, and piano. At what point did you know that you wanted to pursue a career in music?

It was not hard noticing that. My whole family is made of musicians. I started with piano and now I play around 30 instruments (I guess). Then I started working in studio, arranging, writing my own stuff, then producing for other artists. The “punch” was when I first saw Metallica on TV and I said to myself “I definitely wanna do THAT!”. 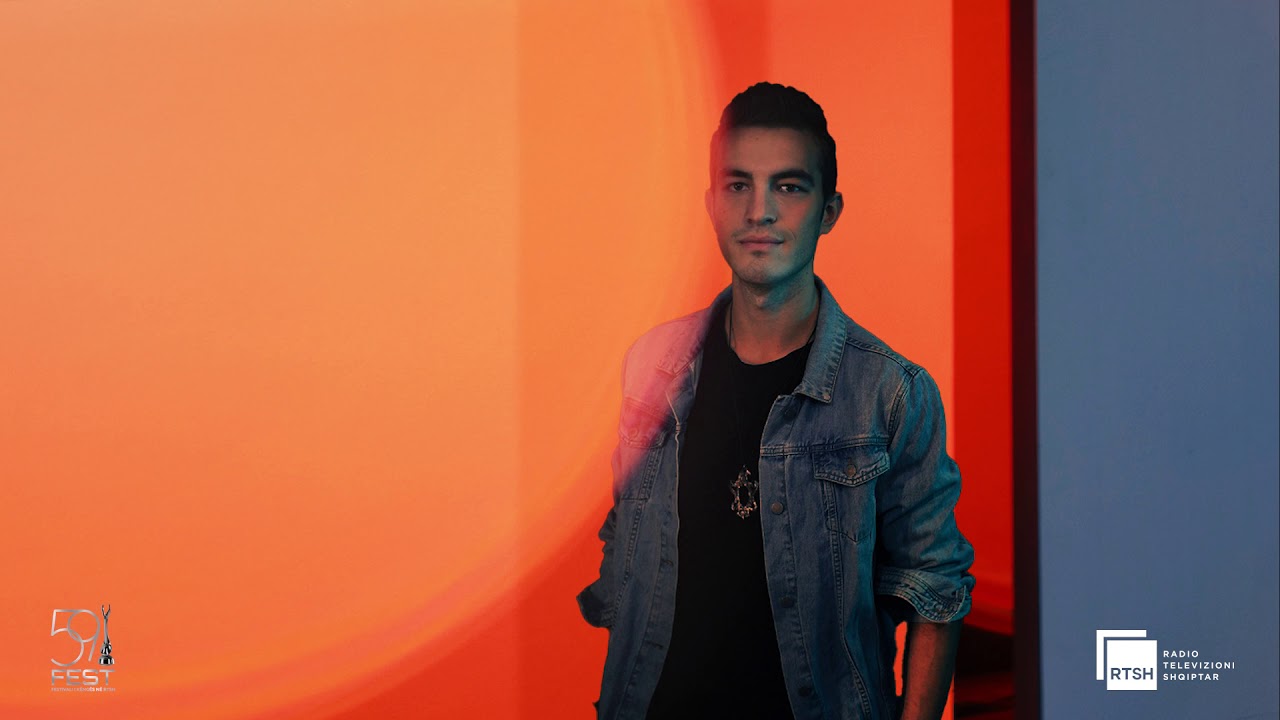 këngës before your first participation in 2020 – helping to write songs and also playing drums and keyboard for the orchestra. What has been your favorite memory or memories from being involved in the festival over the years?

There are many. I enjoy playing in orchestra more than singing, actually. I’ve been part of this festival since I was 15.

And of course you decided after your participation last year to submit a song again, and you got the call that you’d been selected for FiK60. What was your reaction to the news?

I had already booked 20 gigs in December and when the list came out, I was like “now what!?”

And as we just identified you went from performing within the orchestra to being a featured artist in the festival. How has that transition been especially as you’ve been rehearsing with the orchestra the last few days?

It has been nice and fun. I’m friends with most of them and we have so many memories, so I have a very hard time concentrating in my song, every single time. I sure do love when the band blend with the string orchestra and I enjoy more just listening to that than singing – it feels like I ruin the moment, hahaha.

I know that last year’s festival was unable to utilize an orchestra due to health concerns, what does it mean to you as an artist to have them back on stage with you this year?

Means everything what this festival was made for and to. Last year was awful, a karaoke show that really left a very bad taste on me. So, I came this year to erase last year’s memory.

For those of us who don’t speak Albanian fluently, can you tell us the story behind your song “Në ëndërr mbete ti”?

It talks about a girl who lives in a dream, who’s no longer with the person singing. Anyways, the song will be translated and I’ll be singing in English on 29th (the final show). 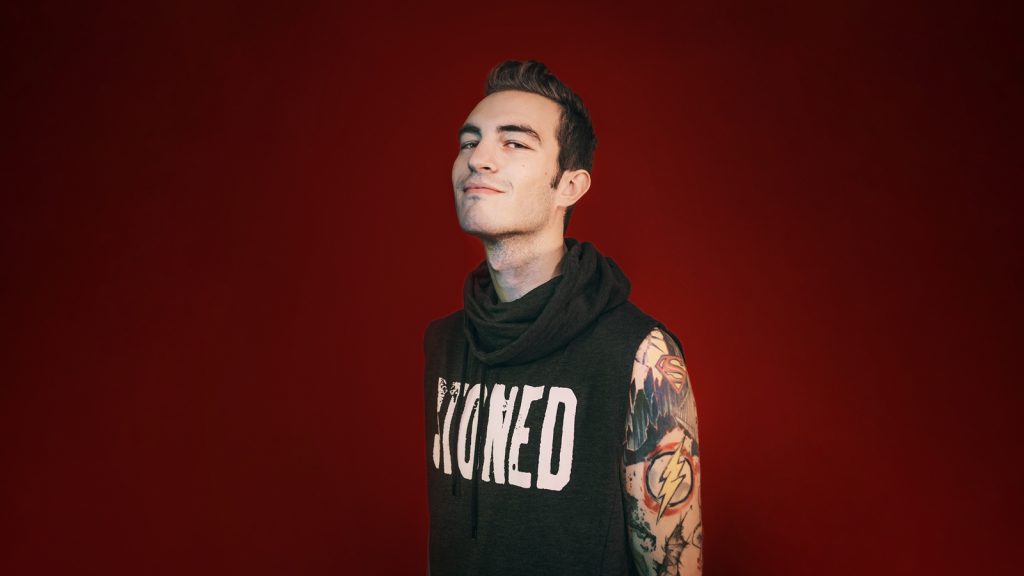 I noticed that this year’s song is certainly much brighter than the darker and lower-pitched song you entered last year – “Më jep jetë”. How did this song come about and how did you know this was the song you wanted to enter into FiK?

I wrote this song for another singer but during the process, it started sounding like my own song and so I made the decision. Last year I was about to enter with this track but for some reason (orchestra) I thought “Më Jep Jetë” would be better – and it never happened.

And of course the winner of Festivali i këngës will go to Turin to represent Albania at Eurovision. What would it mean to you to represent your country on such a large stage?

It sure will mean a lot, for everyone. I just don’t think Eurovision itself is doing a good thing in our music because everyone’s focus is on the ‘strategy’ to win and go to Eurovision. So, the songs start sounding the same every year, the trends definitely KILL the music (it always did) and no one focus on the music itself. Anyways, I’ve been in Eurovision 2017, singing back vocals on stage and it has been one of the most professional experiences I ever had.

For those who want to connect with you ahead or after the festival – where can they find you and your music?

You can simply find my music anywhere on the internet.

Last question – is there any message you’ want to share with the ESCUnited readers?

Yes there is. Support real music, don’t let the trends guide or define you, try to listen to music with your heart and then with your ears.

Well Gjergj thank you so much for taking some time out of your day to speak with us, and we wish you the best of luck in Festivali i këngës!

Thank you for reaching out and wish you the very best too!

What do #YOU think of Gjergj’s song “Në ëndërr mbete ti”? Let us know on social media @ESCUnited, on our discord, or on our forum page!

Geleibra: “I got a message that my song was selected when I was boarding an airplane to Thailand.”

As we look ahead to the final heat of Pabandom iš naujo, we were fortunate enough to inter…