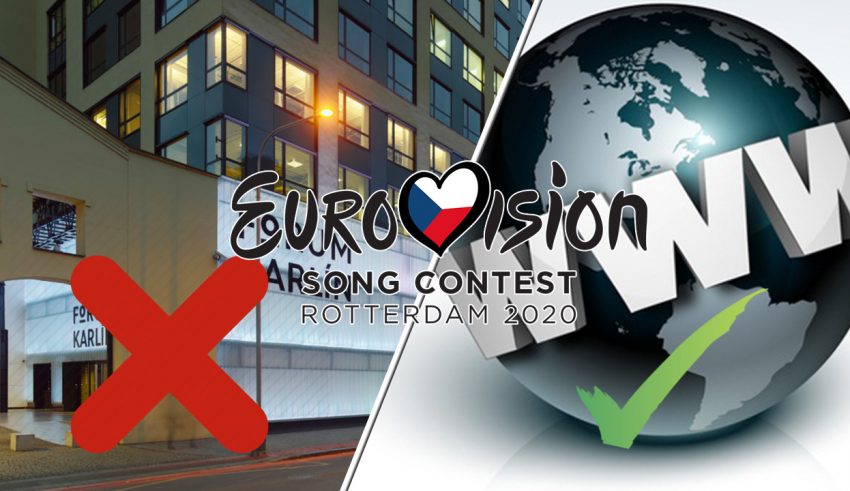 They were keen to finally host a big live national final, and even announced it way before the contest in Tel-Aviv took place, but now it seems that they were dreaming too big, and now must cancel the show. Fear not, the Czech Republic will still participate in Rotterdam.

It appears that the dream of a big live national final, which we often see all around Europe, will not happen after all in Prague next year. Czech Broadcaster, CT, has announced that they’ll ditch the idea (for 2020 at least), and revert back to an online selection.

It appears that the official page for the Czech Republic, has announced this on facebook, and the fans seems quite disappointed with the decision. The live national final was even set to take place within the Forum Karlín hall on the 25th of January 2020.

Instead, as mentioned before, CT will revert back to an online national final, with the following dates for the online final.

This comes at a very unfortunate time, as Jan Bors decided to end his position as the Head of Delegation for the Czech Republic. Cyril Hirsch will instead serve as the Head of Delegation for the country in 2020. One can only hope that this decision has nothing to do with Jan Bors quitting his position, which most likely it shouldn’t. Jan Bors did say, that the future of the Czech Republic still lie in great hands.

To be fair as well, the online selection which was used for both 2018 & 2019, has in fact been the most succesful years for the Czech Republic. Not only did they for the first time, get back-to-back qualification to the final, both acts also managed to finish on the left side of the scoreboard as well, as being the best 2 placings ever for the country.

Keep in mind that the Czech Republic did make their debut in the contest back in 2007, and only participated until 2009, before taking a long break until they returned in 2015. Since 2015, they’ve qualified 3 out of 5 times, and all 3 qualifications were a huge success in the eyes of the Czech viewers, as well as international viewers.

Lake Malawi won the online selection earlier this year, and represented the Czech Republic in Tel-Aviv with their song “Friend of a Friend“. The group managed to score 157 points in the final, and finished overall on a 11th place.

Are #YOU disappointed in the decision to cancel the final, or do #YOU think that the Czech Republic will continue their success by reverting to the online final? Feel free to share your thoughts on our forum HERE or visit our social media platforms as well.