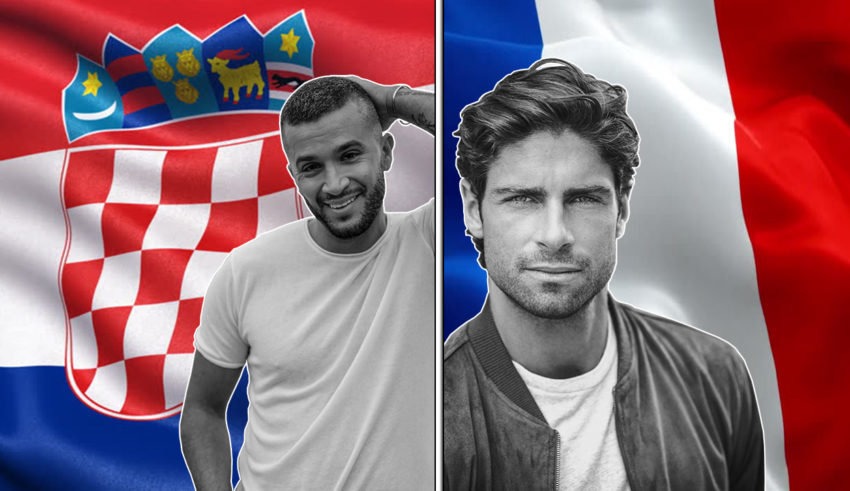 The list of 2020 acts that will return in 2021 is slowly expanding, but unfortunately, so is the list of participants that would’ve participated in 2020, but won’t in 2021 also. Another 2 countries how now made it official, that their 2020 participant will not return in 2021.

While writing, I just realized that we’re talking about the two countries that faced each other at the 2018 World Cup Final, but I’m getting sidetracked, so let’s get back to the point. Teehee!

French national television station (France Télévisions) decided to go with an internal selection for 2020, which didn’t please many fans, since their revived national final, which went under the name “Destination Eurovision” in 2018 & 2019, became a beloved national final among fans very fast. Many fans were left wondering, why a national final that was done great was suddenly just scratched, and it didn’t help either when Tom Leeb‘s song for Eurovision “The Best In Me” got released.

Tom Leeb faced backlash from both fans and even by French politician and Minister of Culture, who questioned why the song was primarily in English. Changes were done to the song, with the song title even changed to “Mon alliée” and with more added French lyric and even a more acoustic sound to the song, but was still very criticized.

After the cancellation of the contest became known, many pointed out that this easily benefited Tom Leeb a lot, since he would’ve been given a new chance to take Europe by storm, and despite even wishing himself to take upon this new shot, time would not allow for it.

After an agreement between France Télévisions & Tom Leeb it was decided that someone else will be given the honor of representing the Big 5 nation in Rotterdam next year. Tom Leeb simply expressed that due to his schedule for 2021, there simply wouldn’t be enough time to properly prepare for the contest.

France Télévisions has however, stated that due to the lack of Eurovision this year, a national final will take place a bit earlier than normal in an arena outside of Paris, more details are set to follow and whoever should be interested in taking part in this new national final will be able to apply starting from 29 of June 2020.

We wish Tom Leeb all the best and hopefully he’ll have his turn at representing France at some point in the future!

Another name we won’t see in Rotterdam next year is Damir Kedžo, who now officially has declared himself that he won’t be given the opportunity for free next year.

Local Croatian media reported some days ago, that the Croatian national broadcaster (HRT) had booked the venue in the city of Opatija, where the national final was held in 2019 & 2020, once again for 2021, hitting that a national final would take place instead.

Fans were hoping that this just meant that a special version of the Croatian national final DORA would’ve been held, where Damir Kedžo could instead perform a certain amount of songs and give the public and a jury the chance to decide what he should sing.

HRT however, confirmed today that this was indeed not the case, and that their national final DORA will be held as usual going into 2021.

Damir Kedžo was among one of those artist that were left in the dark for quite a good amount of time, not knowing if he would’ve had a role in 2021 or not. For long he wanted to take the opportunity of representing Croatia in 2021, but in the end he couldn’t do anything but wait… until now. He has shared a post on his different social media accounts where he express himself:

As a fast mention, there is nothing where it is stated that Damir Kedžo can’t participate in the national final next year, but whether he decides to go for it once more or just call if off is yet unknown.

We shall see what the future brings and we wish Damir Kedžo all the best until next time! He was set to participate in Rotterdam this year with his song “Divjli Vjetre” in the first semi-final at slot number 11.

Two artists that won’t return or #YOU sad about it and what did #YOU think about their songs for Rotterdam? Let us know on our forum HERE or on our social media sites.