Home 2020 Sometimes It Feels Like It’s Meant To Be Broken – Country Spotlight: BELGIUM 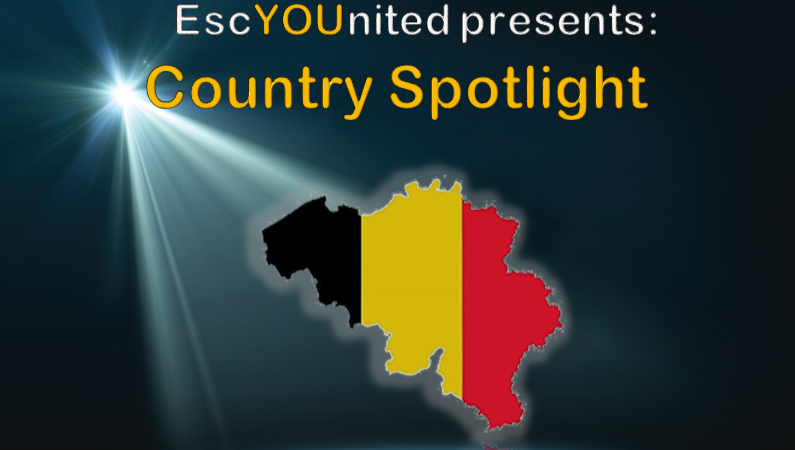 This post is an editorial and therefore heavily prone towards subjectivity. Also, swearing. Anything stated beyond this point is a personal opinion belonging to the author and does not necessarily represent the views of ESC United as a whole or other editors.

In this series, Belgian ESC United correspondent Boris Meersman takes a closer look at upcoming contest, and muses over what we may expect from the more ‘overlooked’ countries. This week we’re taking a look at the first country to confirm their entrant for Eurovision 2020: Located on the other bank of the Westerschelde, it’s Belgium.

Sometimes it feels like it’s meant to be broken

The die has been cast. Flemish broadcaster VRT have kicked off the 2020 season. Hooverphonic have finally accepted after years of borderline harrassment. Their presence sets a bar for the other delegations. With other countries (such as Ireland and Spain) also expressing an intent to send the crème de la crème of their musical scenery to Rotterdam, Hooverphonic are the first big name in what I expect to become a star-studded cast.

Personally, I am beyond thrilled. Our national pop sensation has been my #1 wish for several years, and I  still can’t believe they have f***ing agreed to represent our interests at the contest we Belgians love to hate. I’ve always been a fan of their bombastic, tripper-happy, highbrow hymnastics. From recent hits such as “Amalfi” and “Looking for Stars” to classics such as “Mad About You” and “Sometimes“, their discography is a treasure trove of quality music.

Yet at the same time, I cannot support this ambitious choice as much I would like to. Hooverphonic’s selection unlocked the trapdoor towards Belgium’s biggest flaw: Hubris.

You see, we Belgians (and Flemings in particular), have the tendency – to use one of our own idioms – to sell the bear’s pelt before actually shooting the bear. When “A Matter of Time” was leaked in the media, that was it. We won. The reaction wouldn’t have been any different if the other delegations had forfeited the competition right then and there. Never mind that Sennek had to bust through the toughest semi to ever exist. None of the other peons were a match to our song. Anything less than top five would be the result of jealousy. The result was a straight-up humiliation in Lisbon.

It is this underlying tendency towards premature ejaculation that has killed Belgian acts in contests past. It has led to the consistent underestimation of our opponents. It has led to lacklustre preparation and pointless revamps. It has led to the shameful squandering of qualification opportunities any other country would’ve capitalised on.

However, sometimes it feels like you have to be broken before you can reinvent yourself. Sennek’s Icarus-like rise and fall caused VRT to open their f***ing eyes and recognize they don’t beat from the same heart as their Dutch colleagues. They have – in an uncharacteristic display of common sense – critically analysed the many blunders they commited in 2018. It is quite the list. Ranging from never scheduling rehearsals, to deliberate anti-staging, to granting Sennek infinite artistic freedoms, to offering her no guidance or advice as she was obliviously digging her own grave. No wonder the performance in Lisbon was an omnishambles. What were they thinking?

This is precisely why the selection of Hooverphonic is a small stroke of brilliance. As one of my best friends quipped: “They’re heading in the same direction as Sennek, except this time they chose people who know what they are doing.” He’s right. Alex Callier and Raymond Geerts have the experience and tenure required to not only ooze hits out of every orfice, crack and pore, but are the perfect mentors for their juvenile lead vocalist. They are notorious perfectionists. Hooverphonic don’t do “merely okay“. Their current muse, Luka Cruysberghs, is ambitious, talented and adaptive  – just like Laura Tesoro.

The more I read between the lines, the more confident I become that maybe, just maybe, VRT have finally come to their senses. The way they ensnared Hooverphonic in their nets speaks volumes in their favour. VRT are trying to crack the formula for success and aren’t leaving anything to chance. They have scrutinised the Dutch approach and given it their own spin. With the contest being held right on Belgium’s doorstep, participation is a home match. It is their intention to turn it into a home run.

But let’s not get ahead of ourselves. Thirty participations without a single top five finish may have stirred VRT’s hunger, but it remains one of the worst Eurovision track records. I don’t expect Hooverphonic to crack the top five either; A 7th-15th place finish would be my tentative guess. Regardless, the pressure is on. Everyone involved must focus on ensuring the entry gets through to the masses, while remaining rational and down-to-earth. Alex Callier’s penmanship game is strong but not infallible. “A Matter of Time” bombed. The new song could likewise.

If Hooverphonic deliver on their potential and promises, all will be forgiven. Sennek would become a martyr, a Nissa Nissa, a necessary sacrifice for the cause and in a weird way, she’d be redeemed. The stars do seem aligned for a Belgian success story in Rotterdam.

However, if it all echoes echoes and falls for a second time in a row, then VRT might as well resign from Eurovision.

What do #YOU think of Hooverphonic’s election as Belgium representative? Which country should we take a look at next?  Let us know in the comments below, on social media or on our forum, HERE!