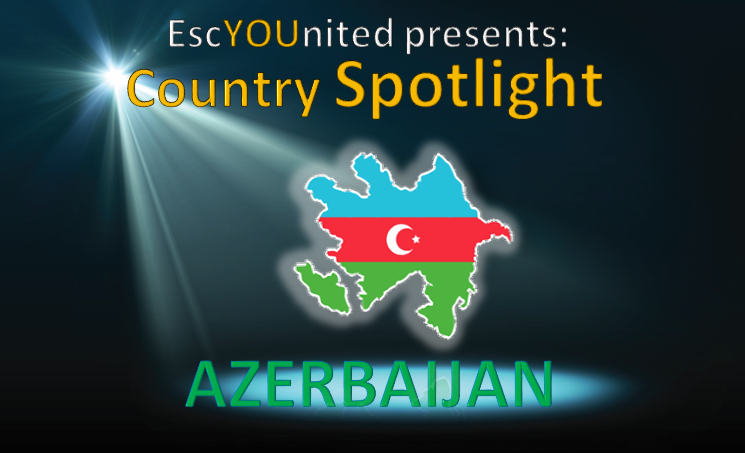 Flanked by the sharp peaks of the Causcasus, along endless fields of petroleum and brimstone, lies a country that may have changed its stripes over the years but never changed its colours. An ever lurking threat, it is time to take a closer look at The Land of Fire: Azerbaijan

This post is an editorial and therefore heavily prone towards subjectivity. Also, swearing, strong opinions and speculation. Anything stated beyond this point is the author’s personal opinion and does not necessarily represent the views of ESC United as a whole or other editors.

A Wolf In Sheep’s Clothing

As I’m starting this editorial, I am fully aware of the struggles ahead of myself. The intent is to pick apart a nation shrouded in mystery, a sly fox which always has a cunning plan at hand, a trickster of many faces and colours, marked by only one defining quality: ambition.

Indeed, not a single Eurovision country entered Eurovision with quite as much thunderous uproar as The Land of Fire did. A five year streak of 3rd-5th-1st-4th-2nd in contests with over thirty competitors is nothing to sneeze at. The Land of Success was vocal from the start: the goal was to win Eurovision in their first five years of participation. They won in year four. Bravo! Twelve points to Slytherin.

However, one could argue that Ye Olde Bakustan reached a bit too hard for that crystal microphone. Soon after Ell/Nikki won, several rumours popped up shedding a not-so-favourable light on The Land of Friends.

It is easy to get ourselves lost in the rumour mill, though it was impossible not to in 2013. Sergey Lavrov, Russia’s foreign secretary, did demand where the Azeri points for Russia at the Malmö Contest had gone, to which the Azeribaijani head of delegation admitted that he had set points aside for Russia, as if they owed Russia a point tithe or something, marks which mysteriously never made it into the overall tally.  (A gaffe corroberating an earlier rumour started by Bonnie Tyler, no less. Juicy Juicy).

Anyway, don’t let me influence you, our focus is on the impact these accusations – truth or libel – had on The Land of Many Faces.

Turns out the impact was quite severe. Azerbaijan’s name was tarnished pretty badly by the scandals and the backlash was severe.  They had turned into Eurovision’s Big Bad Wolf.

Last week I wrote about how the contest is constantly evolving and you need to adapt yourself in order to survive. Azerbaijan did exactly that. To polish off the blemishes from their escutcheon they completely reinvented themselves. Out went the generic, jury-pandering scandipop they were mostly known for. In came a newer, more lowbrow, trashier, enjoyable Azerbaijan which don’t seem to take themselves all too seriously.

However, I ask myself one question.

Does a leopard really change its spots?

And honestly, no, I don’t think they have. I would posit that Azerbaijan’s metamorphosis isn’t one through choice, but through force. They knew that they couldn’t continue with their friends-with-benefits dalliances, not after the Lavrov-Tyler warhead torpedo’d their reputation, so they were forced to look out for new ways to achieve greatness. Elnur Hüseynov’s “Hour of the Wolf” was a very aptly named song, since from that performance onwards, Azerbaijan cemented their chrysalis, be it somewhat uneasily, into an interpretative art grad project. The wolf had donned sheep’s clothes.

This was a fortunate transformation for three reasons. Firstly, it removed a toxic presence from Eurovision and replaced it with a mostly hilarious one. Secondly, Azerbaijan dropped their icy front, which actually made them likable. Thirdly, it unwittingly made Azerbaijan trendsetters.

Now, when I say ‘trendsetters‘, I don’t necessarily mean the songs – only Dihaj’s “Skeletons” possesses enough underground brilliance to be deemed original. “Miracle” and “Truth” were good, but standard fare scandipop and symphonix trash respectively. The only way in which Aisel’s “X My Heart” set a trend was in the amount of words that song took to say absolutely nothing.

What Azerbaijan do set trends at is staging. They’ve always been competent stagers, but after 2015 their acts have become more unplugged and lateral – not unlike Moldova, but with consistently better songs. I love this trend, btw. Dihaj’s “Evil scientist trapped inside the warrens of her everworrying mind” staging concept was an overall improvement of Loïc Nottet’s brilliant but somewhat pretentious act.  Seeing Chingiz – who may be a meat effigy stitched up from instagram pixels and leftover Kirkorov cartilege, I am not quite sure – upload his id into the cybernetic hivemind provided one of my biggest staging surprises of last year – second to only Kate Miller-Heidke.

It’s still a work in progress, however. Azerbaijan’s main problem has aways been the lack of empathy. Chingiz and Aisel, who are jazz singers, where whipped into performing trashpop that they visibly loathed. Azerbaijan may push the envelope for spectacle staging, but the lack of warmth and genuine intent makes their artistic entries appear hollow, preposterous and robotic.

In other words, Azerbaijan have to learn how to be human. They have the creativity, ambition and adaptability that many other delegations would wish for, but their entries lack the relatability of a Jamala or a Netta.  Azerbaijan will need to start taking into account what others, including their own artists feel, and only then will they become a celebrated part of the ESC community.

Still, even a wolf in sheep’s clothing remains a wolf. Azerbaijan’s nature has never changed, they are as ravenous as we’ve always known them to be. It would be foolish to underestimate them in this tamer state. In an ever-changing game it might very well be Azerbaijan’s killer combination of ferocity, daring and perseverance that nets them a second win.

Next Week: I think it’s time to sink our teeth into one of our sweet autoqualifier nations.

Did #YOU enjoy this editorial? What do #YOU think of Azerbaijan’s chances at the upcoming Eurovision? Let us know in the comments, on social media or on our forum HERE.