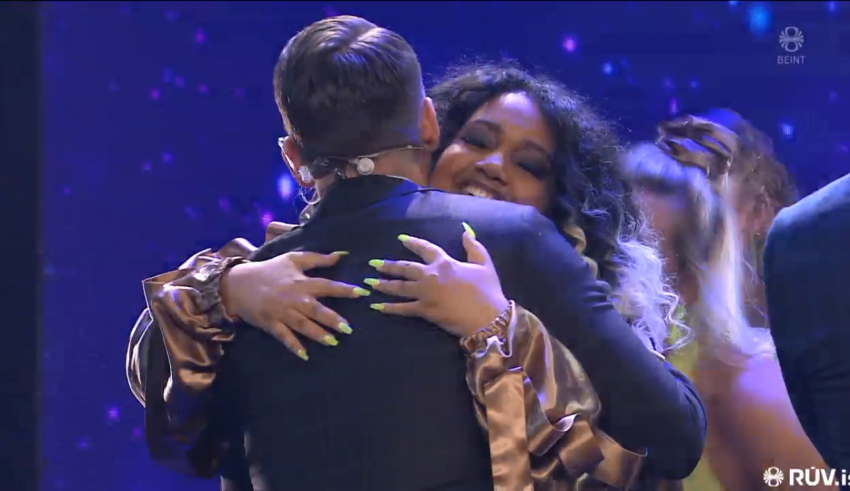 Newcomer Tara Mobee and Eurovision veteran Friðrik Ómar emerged victorious from Söngvakeppnin 2019 Semi-Final 2 to make it to the March 2, 2019 Superfinal, where they will face off against industrial act Hatari and another Eurovision veteran in Hera Björk.

Mobee, decked out in gold, translated “Betri án þín” to the stage convincingly, giving the multi-faceted and passionate display that some felt was missing from the recorded version.

After his performance, it looked like a foregone conclusion that Friðrik Ómar would also progress, especially given the confident swagger evident in his performance. Ómar is no stranger to this contest or Eurovision, having been part of Eurobandið who represented Iceland at Eurovision 2008. He didn’t have to ask “Hvað ef ég get ekki elskað?” (Where Can I Get Love?), as he got it from the televoters and the audience.

But it was not all smooth sailing as Söngvakeppnin 2019 with Elli Grill, Skaði, Glymur somehow making their already widely-panned entry “Jeijó, keyrum alla leið” even worse. The reaction online was not positive (the Tweet below is amongst the most polite).

No really. This feels like Hatari if they were living on a council estate

Do #YOU think one of these 2 will represent Iceland, and did Iceland pick the correct 2 finalists? Sound off in the comments, on social media, and on our forum!