Home 2020 Burning cities and napalm skies, both Georgian Idol and a Kalandadze Return 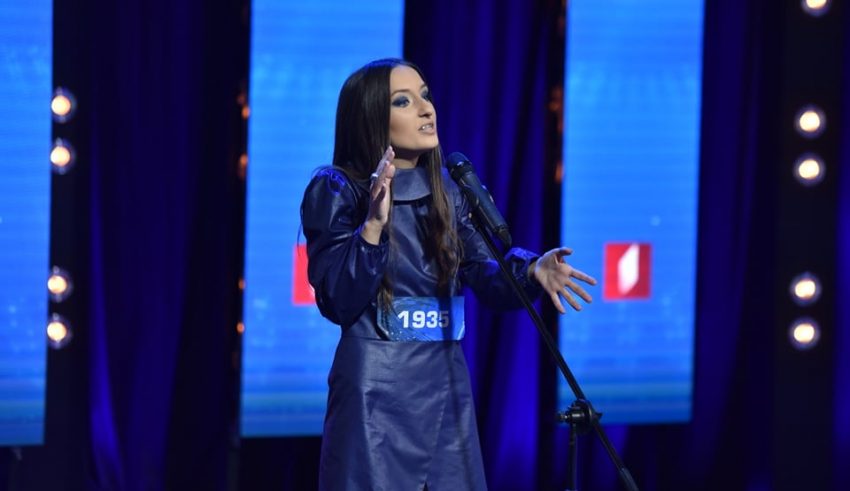 The new series of Georgia’s franchise of Idol kicked off this evening, with the first of three audition rounds shown on Georgia Public Broadcasting’s (GPB) TV-1.

Hosted by Ruska Makashvili, Star of Georgia or Georgian Idol, is the Caucasus nation’s version of the Idol franchise. It is the second straight year the show will serve as the selection method for Georgia’s representative and song at Eurovision 2020, to be held in May 2020 in Rotterdam, the Netherlands.

This week’s round featured ten aspiring artists trying to impress the judges enough to win a coveted golden ticket. Though by no means a guarantee of making it to the next stage, the judges will nominate twenty artists and winnow that list to ten finalists from the pool of singers given a golden ticket.

First up, and a young lad we mentioned in yesterday’s Idol Preview article, is rock ‘n roller Erekle Turkadze from Lagodekhi, a scenic town on the Azerbaijan border at the base of the Lagodekhi National Preserve. A colorful, passionate young man, he impressed the judges with his take on Little Richard’s “Long Tall Sally.” He received a golden ticket.

Next up was Sophie Dalasi, a professional mixed martial arts fighter. Her rendition of AC/DC’s “Highway to Hell” was sadly not a knockout and did not earn a golden ticket.

Third up was Barbara Samkharadze, an eagerly anticipated and much-previewed young singer from Chabukiani, a small North-east Georgian village known for its craft brewery Apeni. Samkharadze will be well-known to Georgians, as she handily won Georgia’s Got Talent in 2016. She slayed the judges with her take on The Weather Girls’ “It’s Raining Men.” Golden ticket assured, but surely one of the favorites to make it to the final ten.

Next up was mother of three Dodo Goksadze, who performed a rendition of Etta James’s “Something’s got a hold on me.” Her performance of a song that has been covered by Christina Aguilera and Jessica Mauboy over the years was enough to earn her a golden ticket.

Following on was another much-hyped artist, and one whose face will seem very familiar to Idol watchers, as she is Nika Kalandadze, whose twin sister Liza came in second to Eurovision 2019 representative Oto Nemsadze. There is a lot of similarity in style and aesthetics to her twin sister, but judge Tinatin Berdzenishvili was sure to point out the details that make her a unique talent. Regardless of familial legacy, Kalandadze knocked it out of the park with her take on Billie Eilish’s “Ocean Eyes.”

Liza herself showed up in this episode to offer insight and encouragement to Nika, and she will surely be proud as Nika has probably done enough to be a likely contender for one of ten finalist spots.

Next up was a Jack Black in a Hawaiian shirt look and sound-a-like in Beka Miruashvili. His cover of Camilla Cabello’s “Havana” did not earn a golden ticket.

Neither did Nini Shonia’s version of “Never enough” from The Greatest Showman. Her voice breaking during the chorus got judge David Aladashvili to request the song be stopped. But he did take time to praise her build-up to the chorus and suggested she get training to help with her technique as there is potential in the future for her.

Next up was Tamar Kakalashvili who nailed it with a cover of Jessie J’s “Queen,” a song she chose as she wanted a powerful and rousing female empowerment anthem. She received her golden ticket for a performance that earned praise from all four judges.

Another X Factor and Voice of Georgia alumnus in Alexander Kitesashvili showed up, this time injecting humor in his interactions with X Factor and Voice alumni hanging out in the green room. His take on the Blues Brothers’ “Sweet Home Chicago” earned him a golden ticket.

Last up for the night, Mariam Gogiberidze is a young woman who did not tell anyone she was going to audition for Idol. Well she’s probably going to have to mention it now as she really made the judges emotional with her cover of Ella Fitzgerald’s “Misty.”

Who impressed #YOU in this round of auditions? Do #YOU think Idol is the best method of selection for Georgia? Let us know in the comments below, in our forum, or on social media.