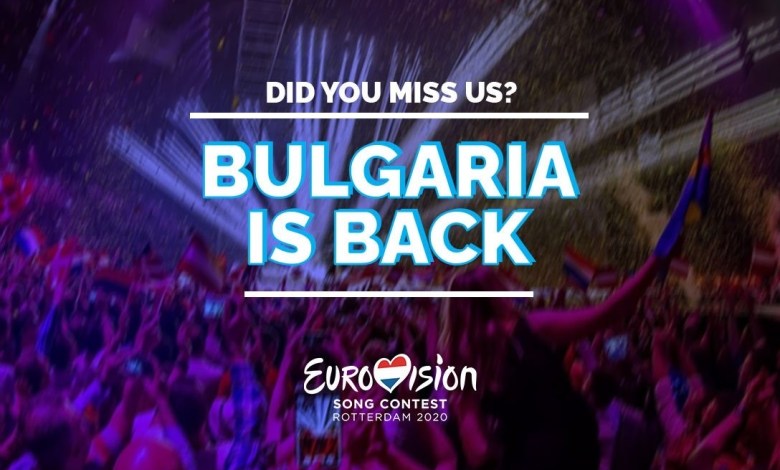 The Bulgarian national broadcaster BNT is preparing for its comeback to the contest, and ahead of the reveal for the 13th Bulgarian representative at the contest on Monday 25th, their social media feeds have begun to crank up the hype and hint at what we can expect from the nation in Rotterdam!

#TeamBulgaria, as it seems the Bulgarian delegation will be known in the build-up to the contest, have shared a post relating to their ethos for 2020, with a slogan of “Return. Engage. Inspire.” adding that it is “time to open a new chapter and focus on what matters the most.”

On 25th November #TeamBulgaria is becoming a teenager at #Eurovision as our 13th contestant will be announced. It's time to open a new chapter and focus on what matters the most 👇 pic.twitter.com/jNu0FluQOM

Bulgaria’s return to the contest was hotly anticipated ever since the sad announcement of their withdrawal from the Tel Aviv showpiece, mainly as many fans felt the country had just begun to build on a successful period in the contest. Despite largely failing to qualify in their first Eurovision stint, the Bulgarian delegation produced a trio of well-received entries in “If Love Were a Crime”, “Beautiful Mess” and “Bones”, the former two achieving top four results in the competition.

Why this focus on Bulgaria? The delegation’s shake-up of their approach to Eurovision has coincided with a new approach from a number of other countries in the contest and a noticeable upturn in efforts and diversity in the contest over the last few years. Will this trend continue in 2020?

With the new slogan and impending announcement of the Bulgarian representative in Rotterdam, there is a renewed sense of intrigue relating to the country’s return to the competition. The approach seems to suggest an innovative or unique entry from an upcoming artist, but with Eurovision we know to expect the unexpected!

#YOU can stay tuned to ESC United where we will discuss the announcement of the Bulgarian artist on November 25th.

Who do #YOU hope to see singing for Bulgaria in 2020? Should more countries adopt their approach to the contest? Share your thoughts with us on our forum HERE or join the discussion below and on social media!