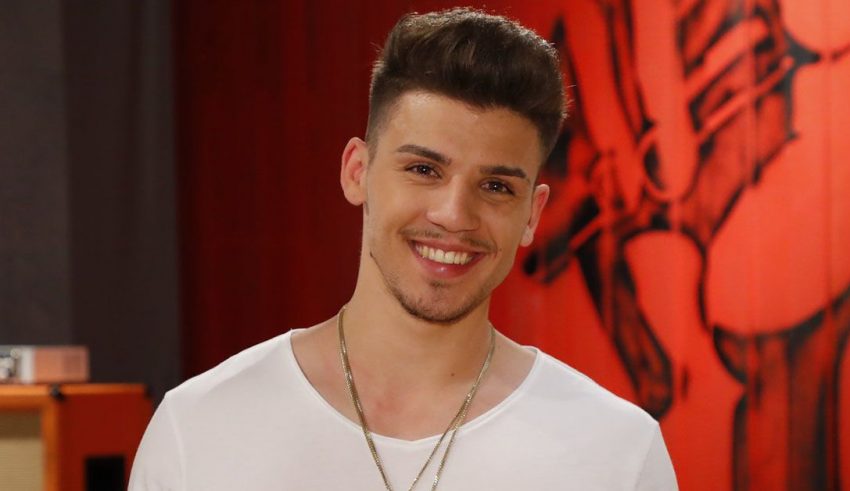 Yesterday on the site we reported that Sandro Nicolas was potentially approached by CyBC to represent Cyprus at the 2020 Eurovision Song Contest. Less than 24 hours after those rumors started, more news has come out regarding the Voice of Germany alum’s potential involvement with the Mediterranean country from Greek fan site EurovisionFun.

While the broadcaster has not officially declared that Sandro will be their 2020 representative, there were conversations on the TV show Éla Na Deis that seems to indicate that the rumors are true and that Sandro is being considered. On the show, the host Alexandros Taramountas shared that CyBC has shortlisted three different songs to represent them, and it can be assumed that all three are for Sandro alone. The titles for each song were also revealed on the show as:

The gossip from the show has also revealed quite a few extra details about Sandro and the songs. It looks like two of the three songs were written by songwritters outside of Cyprus, while another was written by a Greek songwritter. Out of all three songs, it seems that Sandro’s favorite is the dance song “Mucho Calor”. Sandro was also recommended to CyBC by Ilias Kokotos, who is part of the “Dream Team” of Dimitris Kontopoulos and Philipp Kirkorov. This means that the “Dream Team” could be making a return to the song contest if they are behind one of the three shortlisted tracks.

The broadcaster was very positive about the proposal from Ilias, and said that it was a clever move for them to consider him for the 2020 contest. It also seems that popular labels Panik Records and EMI may be involved in the project again this year.

Other artists approached as well

But that isn’t the only news to come from this rumor mill. It seems that CyBC tried to convince Eurovision 2012 alum Ivi Adamou to return to the contest in 2020. Unfortunately for fans of “La La Love” she politely turned down the offer due to family and personal reasons. Given that she gave birth to her daughter last year, she said that she did not have time for such a demanding project. It seems that Ian Stratis might have also been in consideration, but ultimately the broadcaster felt that the shortlisted songs were better suited for Sandro.

The broadcaster has still not confirmed that Sandro will be there representative at Eurovision 2020.

What do #YOU think about this latest news from Cyprus? Share your thoughts with us below or join the discussion on our forum HERE and on social media!