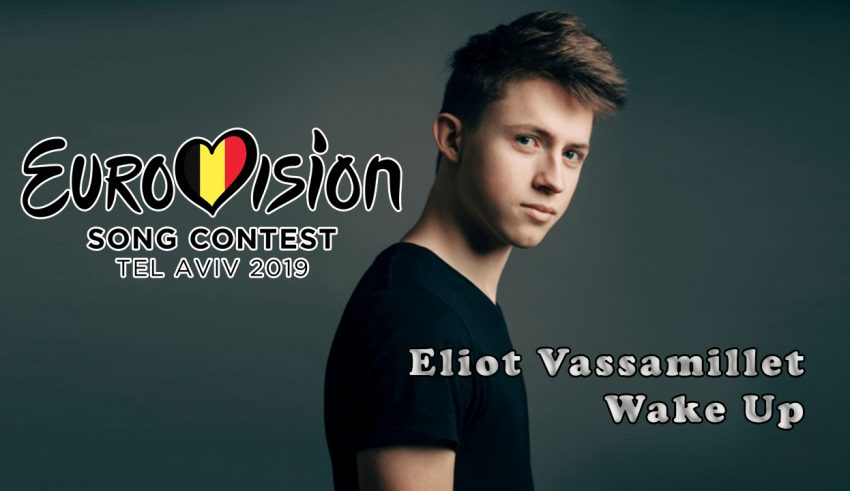 In a mere few hours, we will finally get the chance to listen to the Belgian entry for this years contest… or if you’re impatient, you can listen to it already now!

In our modern society nowadays, it’s just not possible any longer to keep something a secret. Well, it actually is, but then you either have to be really careful about what you’re doing, or you can hope that no one cares and that you’re completely forgotten all together.

That is just not the case right now, since Eliot Vassamillet’s song for this years contest, which goes under the title “Wake Up“, has made it to the online world, where it since has been “leaked” and can now be found around social media. How the song was leaked is unknown, but you can listen to the song right here:

The song was originally planned to be released in the morning on the radio station MNM at 08:00 CET, on the 28th of February.

Which means that RTBF was also responsible for the Belgian entry back in 2015 & 2017 as of late, which both years resulted in a 4th place finish in the grand final.

VRT failed last year, to keep the streak of top 10 results going after Sennek was picked to represent Belgium in Lisbon, with the song “A Matter Of Time“, which eventually didn’t qualify.

The song “Wake Up” which Eliot will perform in Tel-Aviv, is written and composed by Pierre Dumoulin, who also penned the Belgian entry in 2017.

Eliot himself gained national attention after he took part in the 7th season of “The Voice Belgique” which is the French-Belgian version of the show “The Voice”.

Belgium will compete in the second-half of the first semi-final on the 14th of May.

What do #YOU think about the Belgian song and do #YOU think that Belgium can qualify this year? Share your thoughts with us on our forum HERE or join the discussion below and on social media!