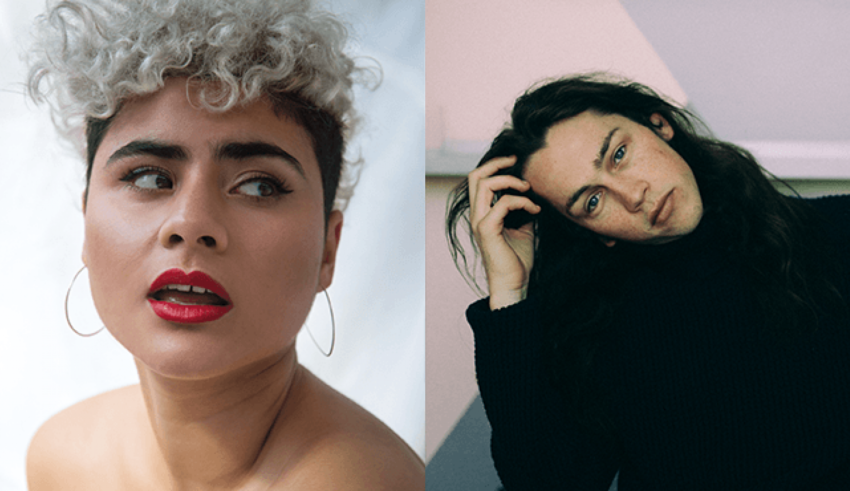 As we move closer and closer to the end of the year, SBS has been keeping us on our toes by releasing the names for Australia Decides 2020. This will serve as the second ever national final for Australia since their debut in Vienna (2015), and it was well received by Eurovision fans across the world with some tuning in as early as 6 AM to watch.

Earlier last month, broadcaster SBS revealed four of the artists who will be competing: Casey Donovan, iOTA, Vanessa Amosori, and Mitch Tambo. Now, two more artists from down under have been announced in the line-up.

First up on the announcement is young indie-pop artist Montaigne. The 24 year old singer form Sydney has become a big name in the music industry, and has earned many awards and recognitions such as placements on the Triple J’s Hottest 100, nomination for Best Female Artist on her fist album Glorious Heights,and an ARIA award for Best Breakthrough Artist. She just released her second album COMPLEX in August.

Interestingly enough, her father was a soccer player for the Australian National Soccer League, Negeri Sembilan FA, and Pahang FA in Malaysia.

When asked about her participation and how she feels, she mentioned “I’m excited to participate in Australia Decides for the opportunity to release the part of me that is dramatic and extreme. I manage to do it without a massive international music event as impetus, but on the big stage in Europe in front of millions would be everything the drama queen egomaniac inside me could want and more.”

The second name on the announcement is alternative artist Didirri. He comes from a performing household in Warrnambool, as his father is a painter and children’s entertainer, and Didirri actually spent some of his childhood as a circus performer. It was from this experience that he learned how to perform in a public space. He also currently has a Bachelor’s degree in music, and says he loves to write songs that face truths, and challenge him to be honest and transparent through storytelling.

His debut album Measurements has gained over 30 million streams, which means that he has the attention of a world audience at his fingertips already. He also has experience performing for large crowds at festivals like The Great Escape and Latitude in the UK, Splendor in the Grass in Australia, and Primavera Sound in Spain.

When asked about his participation in Australia Decides, Didirri said: “Although the world of Eurovision is new to me, from the outside it seems to respect a well-written song above all else. People seem to be free to express their art in whatever way they want. I’m a fan of ABBA, they wrote unfiltered, iconic anthems. My sister and I used to sing their stuff together in the bathroom. Who knows how they have influenced me, I’m quite a mix bag of ideas. Personal experience inspires most of my own writing – all I hope to do is to help people express some part of themselves. I’m also over the moon to be joining the line-up with my friend Montaigne who I respect very much.”

This means that the world is in for an eclectic display of Austalian music come February, as we may see indie, alternative, First-Nation, and pop songs in the national final. Australia Decides will take place on February 8th at 10:30 AM CET or 19:30 AEST on SBS.

What do #YOU think about these new artists for Australia Decides? Let us know in the comments below, on social media, or on our forum.