Home 2019 Albania: Our reviews of the Festivali i Këngës entries (Part 3) 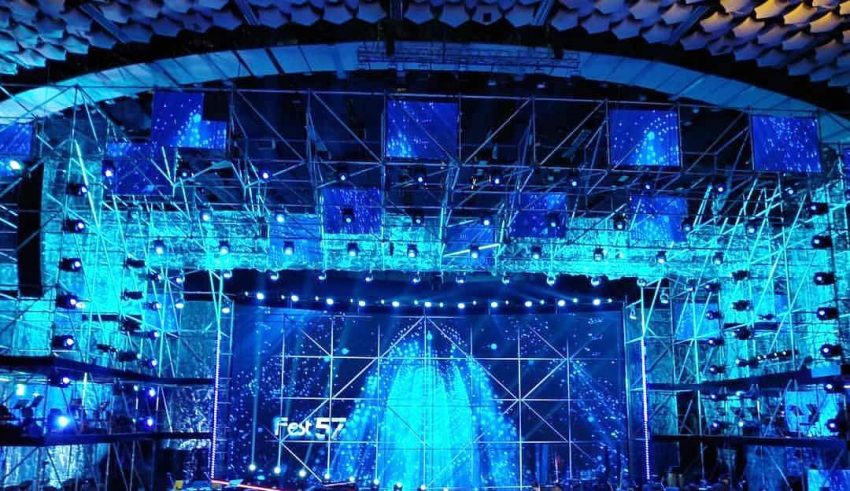 Click HERE to read part two of our reviews.

We continue our assessment of the Albanian hopefuls of Festivali i Këngës 57 with the next five entries. Will any of these five be our favourite for the victory?

Connor – 1 – “I feel like this entry isn’t going to go well live, mostly because it’s not going well in the studio either. It feels strangely unbalanced and like a group of people got together to freestyle jam, and then he sent in the tape for FiK. It doesn’t help that the melody is rather flat and the song just sits in the same plane for 3 minutes.”

James – 5 – “Man alive, there’s been a few retro acts at FiK 57, but none as fossilized as this relic from the late ‘70s, early ‘80s. These older Balkan crooners have their charm, no doubt, but this ballad is mustier than a canal-side tea room in Brighouse, West Yorkshire.”

Sean – 4 – “Albanian spoken word! Chalk on a bonus point for this song! It’s a bit old fashioned Italian rock for my tastes and sounds like it was plucked straight out of the 90s but I’m sure this will have fans in Albania.”

Zack – 4 – “Another dated tune that sounds like it belongs from the 80s or 90s; that is not to downplay the quality of the song; it’s just not right for Eurovision”

Connor – 9 – “Another ballad! This song honestly gave me a bit of chills because it’s so simplistic but beautiful at the same time. And when he goes up to those high notes….someone hold me up! He’s got an impressive vocal talent, and I wouldn’t be shocked to see him get the win given Albania’s past with sending the best vocalists in the competition. Could be an interesting entry if staged well too.”

James – 7 – “Unless the singer is Glenn Danzig, I am usually suspect of songs with “Mother” or variants thereof in the title. This is a slow burning orchestral ballad, and a great platform for Mirud to show off his voice.”

Sean – 7 – “Either there is some kind of voice modulation thing going on here or this guy has a great vocal range! Like many of the songs in this selection it sounds nice without really going anywhere but this puts me in the mind of Antony and the Johnsons and that’s a great artist to draw a comparison with, so it’s a thumbs up from me.”

Zack – 7 – “Strong vocals, may be seen as some to be a bit slow and chugging along, but I like the pace and where the song takes the listener over the three minutes.”

Connor – 5 – “Okay now we have a bit of a disco pop song, as it reminds me a bit of Juliana Pasha’s entry from 2010. Overall, I like the track and I like the melody, but not together because it sounds like they’re competing for attention. I have a feeling this might go better live, as it’s maybe a mixing issue. Overall it’s not bad really just needs attention to sync up better.”

James – 3 – “This sounds like a Dima Bilan B-side from 2004. Dilan has a great voice, but this song is as out of place and time as Limp Bizkit would be at the B.E.T. Awards.”

Sean – 5 – “Sorry, it’s just a little too dated for me. I can appreciate synths and electronic elements that sound early 00s but the production just seems a little too lo-fi and muddy for this song. He has a good voice, but I think it’d be better suited for a less archaic entry…”

Zack – 5 – “Dated and campy, but could be a good live performance.”

Connor – 6 – “I waited for a really long time for something to happen, and when it did happen I was like, “Oh okay that’s….cute.” I feel like this is something I would expect to hear from Montenegro (and that’s not shade) because it has that very ‘Montenegrin ballad with musical breaks’ feel that we’ve gotten from them many times. I’d have to see how this goes live to decide if I really like it.”

James – 7 – “Nice flute intro. However, the two singers sound like they’re clashing rather than doing a duet. That being said, a bit of tweaking, and we have another strong Albanian ballad with soaring orchestral parts to stand out in Tel Aviv.”

Sean – 6 – “Wonderful ethnic sounds from Marko and Imbro for the first song to give us the pure Balkan emotion we’ve come to love from Eurovision. While its duration does not feel laboured, I do wish it went to a more emotional place and I feel it remains quite flat throughout. Not bad though!”

Zack – 7 – “Once the second vocal jumps in at the 70 second mark, my attention was caught; a song that I wanted to hear more of past the three minute mark actually…”

Connor – 7 – “I wasn’t sure I would like this based off the beginning, but as it keeps going I’m actually enjoying the song. I feel like this song needs a bit more happening in the track to really push it to the next level, but it’s not a bad entry. I really like beat change that happens in the last third of the song, really caught me off guard. If that was throughout this song, it’d be really cool and different.”

James – 5 – “The tempo change at around the 2:00 minute mark is unexpected, but then a clumsily inserted electric guitar solo ruins it. There’s a lot of decisions in this song that are wrong, from the instrumentation to the distracting background effects. Good singer, but this song needs reworking.“

Sean – 8 – “Here we seem to have an acoustic guitar-driven pop ballad, and while the composition does well to build the song up over its duration, it initially feels underwhelming. It all comes alive in the final minute though with some scope for Lorela to totally lose it live, Lindita style (and I mean that in a positive, raw emotion kinda way). Solid effort!“

Zack – 8 – “The first minute caught my interest, but the second minute bored me; but then the third minute jumps in and I was blown away, loved it! If done right live, this could stand out!”

New names at the top and bottom of the scoreboard as Mirud hits 30 points. Will any of our last six entries be able to take our own mini-title? Find out tomorrow morning where we will reveal all!

Who do #YOU want to represent Albania in Eurovision 2019? Share your thoughts with us on our forum HERE or join the discussion below and on social media!