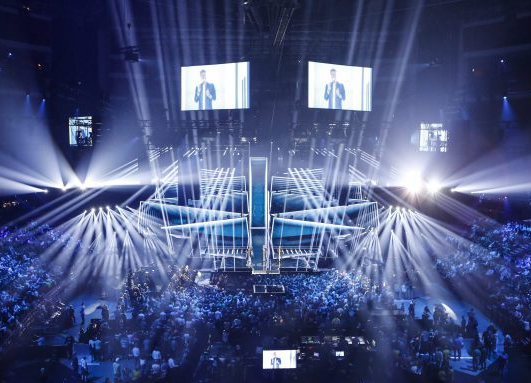 7 reasons why Eurovision 2016 was one of the best ever

It’s been a good four months since Jamala from Ukraine took the trophy home from Stockholm, but the Eurovision Song Contest of 2016 is still fresh in fans’ minds – or at least in mine. For me, this year has been one of the best. But why? I will show you seven reasons in this article.

1. Forty-two countries
They say “the more, the merrier” and I think that definitely goes for Eurovision. Even though we had to say goodbye to Portugal and Romania, this year gave us a whopping number of 42 participants – just one short of the record number which Eurovision achieved in 2008 and 2011. A large number of countries should mean there are many songs to enjoy – and in my opinion, that is exactly the case. This is the first of many reasons that made me love the 2016 contest.

2. The hosts
Another great thing – or should I say two great things? – about ESC 2016 were the hosts. First of all, there was Petra Mede, who became kind of a legend in Eurovisionland after hosting the 2013 contest all alone. Secondly, we had Måns Zelmerlow, our previous winner. The two hosts made sure to joke around and give a relaxed and positive vibe. The hosts were a big step up compared to last year (Sorry!) and made the contest even more enjoyable.

3. The Pre-season
Even though I didn’t follow any National Selection shows live, the 2016 contest was preceded by a very, very interesting Pre-season. It all started in November of 2015 when Germany announced it would send Xavier Naidoo to Stockholm – only to withdraw this statement a few days after, because of Naidoo’s political statements. Then the actual National Selection season started. And of course there were some incidents; there were disqualifications all over Europe (Hey there, Anna Book and Stephanie Palazzo!), artists withdrew from their shows (Think of Samanta Tina from Latvia) and quite a few adjustments were made to winning songs, from small revamps like Georgia’s to entirely new songs like in Malta. And when it seemed all the drama had taken place, the global eurovision fanbase was hit with the biggest shock of the entire season – the forced withdrawal of Romania, who we will hopefully see back in 2017.

4. Returning artists
There are (almost) always some returning artists in the contest, but this year seems to have set a record. Not one, nor two, but SEVEN countries sent a previous representative to Stockholm! These artists ranged from fan favorites like Greta Salóme and Kaliopi to lesser known artists like Bojan of Montenegro. In the end, three of the returnees advanced to the final, while 11th place was taken by a returning artist in both semis – ouch!

5. Acts
Another good thing about Eurovision 2016 is the fact that SVT stepped up their game from 2013 regarding acts and staging. 2013 gave us some interesting acts with, for example, elevated platforms, but stagings in 2016 were even better. The background (the back of the stage) and flopr could be used in various ways to make songs more interesting, there was a small extra stage for artists to interact with the audience, and there were even more incredible stagings – like Russia’s and Iceland’s.

SVT also provided us with some more than excellent opening- and interval acts – from a fantastic rendition of Heroes to a perfectly choreographed dance and from a fashion parade showing countries’ flags to the immortal interval act that was “Love Love Peace Peace”.

6. Voting
Ah yes, the voting. Some considered the change in the voting system a bad thing, some (like me) thought it was great. Sure thing is, however, that it made for great discussions during the Pre-season. For me, the new voting system only made everything more captivating. As we all know, Australia won the jury voting, but shortly after that about 200 million people saw them get 4th place in the televoting – and those 200 million people also sat on the ends of their chairs when the battle for the win took place between Ukraine and Russia when it was revealed the latter won the televote.

To me, the new system is also more fair. In the old system it was possible for televoters to nullify a high ranking by the juries, and the other way around. For example, a country could win the jury vote in a country, but then come last in the televoting, meaning they wouldn’t score any points despite being the juries’ favorite. In this system, said song will still receive points from the juries despite it’s low rank in televoting. This way, juries and televoters truly have a 50/50 influence.

7. Surprises
And lastly, the 2016 Eurovision Song Contest was full of surprises. It all started during the first semi-final when Estonia, and, even more surprising, Iceland were revealed to not have qualified for the grand final while the Czech Republic got rid of their non-qualification streak and made it to their first ever grand final. Two days later, in semi-final 2, many were shocked to see countries such as Norway get snubbed for Georgia’s psychedelic rock entry. Then in the final Lithuania and Belgium surprised many by making the top 10 while Poland took Europe’s breath when it jumped from 25th to 8th after televoting scores were added.

All these reasons have made Eurovision 2016 one of the best editions so far – I hope you have enjoyed it too. Let’s hope the 2017 contest will be just as awesome!