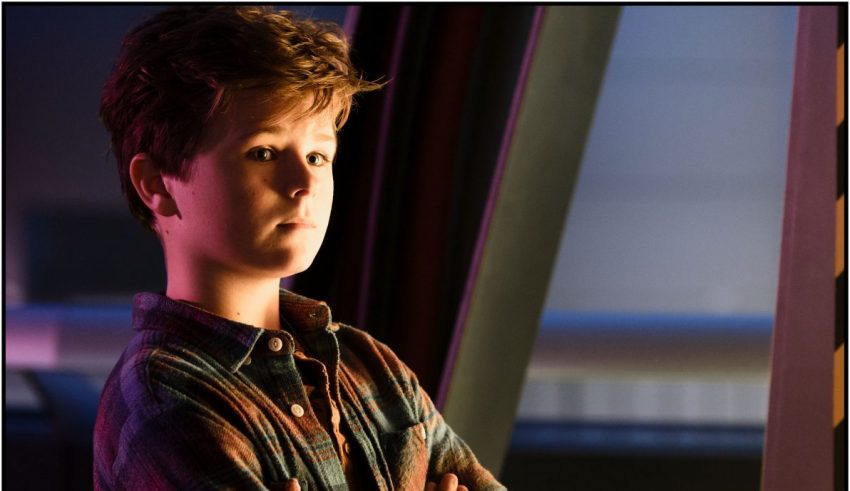 It’s 10 days to go until Junior Eurovision 2019, and we are counting down the 19 nations who are participating in Gliwice-Silesia on Sunday, November 24, 2019.

Next up, we check out The Netherlands, one of the two Junior Eurovision originals who have been present in every single edition (Belarus being the other) since the inaugural 2003 edition. And unlike other websites who violate English language sensibilities by punting The Netherlands to the bottom of the list, we follow proper protocol and show them after Malta and before North Macedonia alphabetically.

You might blow a gasket trying to comprehend this, but Belarus has on average bested The Netherlands over the full course of Junior Eurovision. The Netherlands did win once in 2009 and came in 2nd with Rachel’s “Teenager” in 2011 (which we indicated in our Georgia review was a bad year for the contest). Otherwise, it’s been middling form.

However, their one win in 2009 was quality. Ralf Mackenbach somehow made a Dutch boy ensemble look fun and authentic despite this formula flopping at the contest several times. “Click Clack” was catchy and fun and appealed to both sides of the kids / adults divide. Mackenbach had stage presence and confidence despite being lumbered with a bad Justin Beiber barnet.

Additionally, I have to admire Ralf Mackenbach in his career choices after this. He obtained his Bachelor’s degree and became a data analyst and statistician, and though he pops in from time to time to do a few public appearances, is largely committed to this lucrative career choice (compared to some adult former Eurovision performers who have to scrape together a living touring the hinterlands of Russia eating canned pork in the back of an old UAZ-452).

One other Dutch entry of note is Lisa, Amy and Shelley from 2007. Their 2007 effort “Adem In, Adem Uit” came in 11th, but they came back to represent The Netherlands in the adult version in 2017 as O’G3NE with “Light and Shadows.” Curiously, that also came in 11th in the Grand Final.

If I don’t mention Femke Meines, I know ESC United Founder and Editor-in-Chief Matt Friedrichs will be receiving cat droppings in the post from all the Disney stans who follow us, so she capitalized on her 7th place at Junior Eurovision 2012 by becoming the lead in the Dutch Disney Channel’s Just Like Me!

Oh, and Stefania from Kisses, The Netherlands’s 2016 entry, is now becoming a big deal in Greece these days. She earned rave reviews for her appearance at the Mad VMA Awards by Coca-Cola this year by performing Daddy Yankee’s take on Snow’s “Informer.”

Four acts competed at Junior Songfestival 2019 to represent The Netherlands at Junior Eurovision 2019. We reviewed ’em all, so feel free to check out our initial thoughts.

However, ESC United is not the public at large, despite 33% of the panel at the time residing in The Netherlands, and we went with Moves and “Make your move.” If you see betting odds that are linked to a ESC United review, put that money in a sock, in a Bernie Madoff investment vehicle, in Venezuelan municipal bonds, anything but punting on what we say.

Matheu Hinzen – who performs as Matheu – prevailed with “Dans met jou.” 6Times came in second with the O’G3NE-esque “End of Time,” Moves was third, and Mannes Bakker’s “Let me sing” was fourth.

It was at this final on September 28, 2019, that AVROTROS “made their move” to be the first nation to confirm participation at Junior Eurovision 2020.

Matheu Hinzen was born on May 12, 2006 in Weert. Hinzen is a seasoned child actor, having several high profile Dutch acting credits to his name. He has also starred as a singer on a few Dutch television and theater projects, including the lead in the musical “Ciske de Rat.”

His family background is also very interesting. Like The Real Housewives of Dallas’s LeeAnne Locken, Matheu’s parents are carnies, operators of fairgrounds that tour The Netherlands during the summer, and Matheu’s incredible work ethic probably originates from this tough background.

Matheu’s film CV includes an upcoming film called “Onze Jongens en Miami.” It’s a sequel to a film called “Onze Jongens,” about a group of oil rig workers who want stable employment and decide to go into male exotic dancing. Yeah, I watched the trailer and Matheu is plays Gijs, a young boy who wants to get to know his absentee deadbeat Dad trying to make good in this Magic Mike / Full Monty mash-up that mixes heart into some risque material.

“My song is about me heading into the city with my friends, to hopefully meet up with the girl I really like, and to dance with her of course,” Matheu told junioreurovision.tv.

“Dans met jou” is written by Jermain Van der Bogt, who is more well-known as pop and progressive rock vocalist Wudstik of For All We Know (with Within Temptation’s Ruud Jolie) and Ayreon, and experienced Junior Eurovision songwriter William Laseroms. Laseroms wrote “Meer dan ooit,” the 3rd placed song for the internally selected Edsilia Rombley for Eurovision 2007 (it was much like The United Kingdom’s selection in the 1960s or Finland’s in 2019 where artist was picked internally and the public selected the song).

This is what our editors had to say:

Boris – 8 – “Regardless of what other ESC United editors may think, this song is fun and helluva catchy and BELONGS in JESC. “Let’s dance this song together, it’s only getting better.””

Connor – 8 – “This song slaps hard now that I’ve spent more time listening to it, and I really like how simple the track seems. It’s a pretty minimal dance track, but in pure JESC fashion it will make all of the audience want to dance along to it (like Fuego or She Got Me in the adult contest) and we saw that in the reactions of the Dutch audience and the judges. I think this is an excellent bounce back from “Samen”, and could place better than they did. I just hope they don’t add cheesy choreography.”

Daniel – 6 – “The song will definitely make a splash in terms of its rhythm and vibe. While the lyrics are slightly basic, it matches the kitschy and fun elements of the song and the outfits are so adorable. I can see this song doing well based on charisma and choreography.”

James – 8.5 – “I initially gave this a 6 at the national selection because I must have been in fuddy duddy mode or something, but in putting this in context with other Dutch entries from the past, with other JESC entries this year and before, and remembering what young boys of that 11 – 14 demographic are trying to figure out, I have to upgrade it. You can’t praise Carla for “Bim Bam Toi” while knocking Matheu for in a more direct and (somehow) more goofy way trying to express the same sentiment of first love. This simple dance number is a great confidence booster for a young ‘un looking to ask his first boy or girl crush for their first dance. We have been guilty of reading too much into the lyrics, if we take Matheu’s lyrics at face value, they’re harmless. If we don’t take his lyrics at face value, we run the risk of finding Satan in everything like the evangelicals did in the 1980s.”

Melanie – 6 – “So before I start this review. It’s maybe good to know that I’m Dutch and I’m already cringing at the first sentence that Matheu sings. I really hate the fact that children his age are singing about meeting girls in the club. But if we forget the lyrics, the song is an average dance song that will let the kids in Poland dance. Matheu really has to sell this song with a good choreography on the stage.”

Roy – 6 – “Matheu showed us in the national final that he is a born performer. His performance of this song was really really good. The issue is that this is a very low effort pop song. It isn’t offensive and it doesn’t do that much to be honest. The “drop” is very meh, but I got to applaud The Netherlands for staying true to it being a Junior show. Every year they try their very best to send a child-appropriate song which is something really good. The lyrics are obviously a bit debatable, but that could also be because I understand them perfectly since I am Dutch myself. I still think it is odd that a kid is singing about going to the club while he isn’t legal to enter most of them. Ooh well, I don’t mind the song and I don’t love it either, a 6 from me.”

Sean – 8 – “One of the early standouts for me in this year’s contest, it’s interesting to hear “Dans met jou” in the context of all of the other contestants. It’s certainly one to get the crowd going in Gliwice and Matheu and his backing dancers know how to work the stage. Would this song suit the charts? It certainly wouldn’t be far off. With a good draw, who knows? Netherlands could be on for the double in 2019.”

Stefan – 4 – “This one is gonna be such a girls heartbreaker when he grows up. 😉 Matheu and his posse will rock the stage in Gliwice, but I think it won’t be enough. IMO, Dutch isn’t a very melodical language and something is missing here.”

The Netherlands land at a very respectable average of 6.8125, which would be considered good. Clearly the content of the song caused some debate among our editors, but most agree at least a fun time will be had by all listening to it. With eight countries to go, Carla is looking invincible with an average of 9.0. Will anyone top her universally loved song?

What do #YOU think of “Dans met jou?” Do #YOU think he can make it a double Eurovision grab for the Netherlands in 2019? Let us know in the comments, on social media, or in our forum.