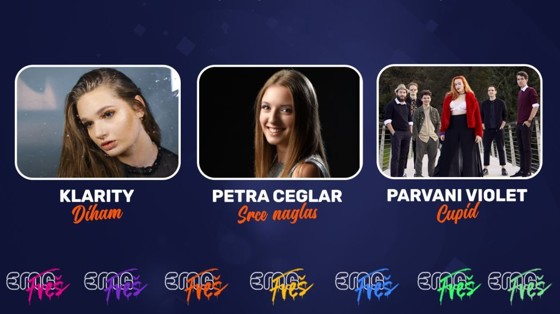 Two more artists have won the weekly final in Slovenia’s new talent search, EMA FREŠ, and will move on to the next stage of the competition and a step closer to the Slovenian selection for Rotterdam.

This week saw six more acts and their songs revealed by the Slovenian national broadcaster RTVSLO, with the songs pitted against each other in three duels.

The three duels, and their winners in bold, went as follows;

The three losing acts in each duel progressed to the second chance round, where the final two spots in the EMA FREŠ final will be made available.

Six more acts will be revealed next week, with a new duel on Monday, Tuesday and Wednesday. Which two acts will move on to the next round of Slovenia’s pre-selection?

What do #YOU think of this week’s results in Slovenia? Share your thoughts with us on our forum HERE or join the discussion below and on social media!