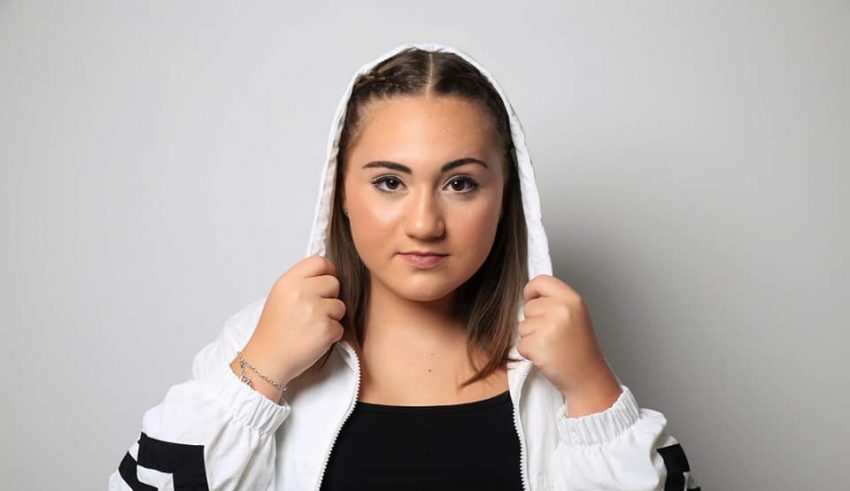 It’s 11 days to go until Junior Eurovision 2019, and we are counting down the 19 nations who are participating in Gliwice-Silesia on Sunday, November 24, 2019.

Next up we check out Malta, a country that has developed a reputation for excellence despite its small size and relatively average performance at the adult version.

Malta’s history can be neatly divided into two periods: pre-withdrawal and post-withdrawal. Malta were one of the nations in the first contest and plodded along uneventfully – a 4th place in Daniel Testa’s “Junior Swing” aside – in the lower tiers until they withdrew in 2011 and 2012.

But when Malta came back, they came back with a vengeance. Gaia Cauchi’s “The Start” was an appropriate name for their return in 2013, as it was the start of six consecutive top half finishes, including two wins, with “The Start” being the first.

Most importantly for Malta, Cauchi is one of two Junior Eurovision winners for her country who looks best set for a music career in adulthood. Cauchi exemplifies what you want out of this contest – a platform that helps launch a future star.

The other winner for Malta, however, may eclipse her. Destiny Chukunyere not only raised Malta’s profile in a Eurovision contest, she also raised the profile of Junior Eurovision itself with her stunning performance in “Not my soul.” You have to feel for Armenia’s Mika as in another year his “Love” would have crushed the competition. How the hell was he supposed to know that kid Aretha was going to come his way? In a year where the Eastern bloc dominated more than 2019, Destiny still stormed out as the winner with her powerful gospel pop anthem.

Destiny is trying out for Eurovision 2020 by participating in Malta’s X Factor, and we ask that her fans and stans be circumspect, respectful, and not place too much stress or expectation on her shoulders as she aims to represent her country in the adult contest.

Ela Mangion came in 5th in 2018, but discovered televoters could be as harsh to the Mediterranean nation as they are towards Australia. “Marchin’ On” was 2nd in the jury vote with 138 points, but only got 43 points from the televotes.

Malta had a national final – of sorts – where performers could submit original or covers to Malta’s Public Broadcasting Services Ltd. (PBS). Twelve entries were released to the public, and on August 3, 2019, voting online commenced. Voting closed on August 13, 2019, and the winner, decided by both jury and online vote, was declared on August 20, 2019.

Quite a few of the 2019 entrants had tried out for Malta in 2018, including the winner herself, Eliana Gomez Blanco. She won doing a cover of Ornella Vanoni’s “Sto Male.”

Coming in second was Leah Cauchi with “Illelja,” an original composition written by Cyprian Cassar (who also had a hand in Ireland’s Junior Eurovision 2019 entry “Banshee”) and Emil Calleja Bayliss (Bayliss and Cassar were behind 2018’s “Marchin’ On”), and in third was Matina Cutajar with “Dynasty.”

As mentioned before, Eliana Gomez Blanco, born January 3, 2005, won on her second attempt. She did not make the top three at the national selection for Junior Eurovision 2018 with the Cyprian Cassar and Matthew Merceica composed “Music Takes Control.”

14-year-old Eliana is a fixture in Malta, having won Għanja tal-Poplu Żgħażagħ 2018 with the song “Dwell.” She also has a six year history of music videos on her YouTube channel, so her rivals will have to be aware that they are dealing with a talented trained young singer with an incredible work ethic and years of performing before crowds. In short, regardless of song selection, expect her to be a favorite in Gliwice.

First thing from the song credits we notice is that Swedish Eurovision journeyman Jonas Thander has a credit on “We Are More.” He was also partly responsible for Donny Montell’s “I’ve been waiting for this night” and Michael Rice’s “Bigger Than Us” for the adult Eurovision in 2016 and 2019, respectively.

Second thing we notice is that Rachel Suter has a credit. She co-wrote Monika Marija’s “Light On,” a Sam Smith-esque cry for help that entered Lithuania’s national selection Eurovizijos nacionaline atranka last year. Marija struggled in a contest against a Harry Connick Jr. look-a-like who failed to make the Grand Final at Eurovision 2019 but somehow beat an LGBT icon who, in organizing Lithuania’s first ever national drag contest, became an actual light to shine in the socially conservative Eastern Europe and former Soviet Union.

Next up is Joe Julian Farrugia, a Maltese composer who also has Eurovision experience in writing “You’re Magic” by Ivan and Stani, which came in 10th in Bulgaria’s almost eternal national selection in 2008 where Deep Zone & Balthazar’s “DJ, Take Me Away” limped over the finish line. That song has its fans. Judging by the YouTube views for “You’re Magic,” Ivan and Stani do not.

Eliana told junioreurovision.tv that the lyrics of “We are more” are pretty self-explanatory – the youth of today have their own destiny in their hands to save the planet, and they should grab it.

This is what our editors had to say about “We Are More”:

Boris – 8 – “The video betrays a VISION of artistry that, together with a high percentage of Maltese libretto, makes me very excited for a song that I must admit is a tad generic.”

Connor – 8 – “Malta came out of the woodworks with this song and good gosh I’m obsessed with it. I’m really glad they brought this modern and sleek entry that shows off the Maltese language as well! I have a feeling that this could possibly be a contender for the winner’s trophy. It’s got power, a memorable melody and lyrics, an interesting track, and they will likely do some projection stuff on stage. Also that high note! All signs are pointing up for Malta this year.”

Daniel – 5 – “This song has one of the highest potentials to impress with incredible staging to support the strong song. As usual, Malta brings strong entries to JESC but have recently become more derivative. While more mainstream sounding, Eliana delivers are strong vocal performance that I hope is replicated in Poland.”

James – 5 – “Prior to this song’s release I had watched several videos of Blanco’s performances and had come to the conclusion we are dealing with Chukunyere 2.0. A talent who commands the stage yet makes the vocal acrobatics sound effortless. After “We Are More” I am still convinced she will join Cauchi and Chukunyere in the elite club of Junior Eurovision performers who will excel in a music career as they go into adulthood. She is phenomenal, but the song is not. This is a singer who can hang with Garcia and Rostiashvili and Maxim, but she is given a dull song with which to compete. Asking her to sing this song at Junior Eurovision 2019 is like asking Lewis Hamilton to compete in a Formula One race in a shopping trolley.”

Melanie – 6.5 – “Eliana Gomez Blanco is going to Junior Eurovision with “We Are More.” I really think that this song is a great example of a song that doesn’t fit in Junior Eurovision. The song sounds too overproduced, which makes it hard to connect with this song. It just sound too overthinked and too perfect but it just doesn’t grab my attention. It just doesn’t going somewhere. But overall it has a great production, so that’s why I think it still can be top 10.”

Roy – 7.5 – “This song is the biggest disappointment of the year. However this is not because the song is bad. It actually starts off and I immediately got winner vibes from it. Modernly build and when the chorus kicked in I was all ready for it. Ready for an amazing drop after the chorus that would wow me. Tension was building up, in my head the score was going toward the 10 and then the chorus just ended and there was no payoff…. Then we rebuild to the second chorus and when it kicks in I am hooked again and was like “surely it will be amazing this time around”. Yet again I was very disappointed when I heard the song just kind of continuing and not much interesting happening like I was expecting. The “Drop”, if you can even call it that, is suuuper lacklustre. What could have been an incredible song and a winner turned out to be just above average. Eliana’s vocals are incredible too, so I added .5 to the score for that.”

Sean – 7 – “I wonder if Malta are tapping into their niche in the Eurovision world, and female power pop is on display again from the Mediterranean nation. Much like “Chameleon” in this year’s adult contest, “We Are More” pops and fizzles with a modern piano-backed production and works well in both English and Maltese. It might not have the danceability or instant hook of the aforementioned “Chameleon”, but Malta’s JESC offering is mature and impressive.”

Stefan – 7 – “Well it was about time to hear some Maltese language at a Eurovision stage. It’s somewhere between Adele and Little Mix and I kinda like it. The biggest question is how the stage performance will look. Until then, it stays my guilty pleasure.”

Malta lands with a solid and reputable 6.75 average. The good news is that the lower scores agree that Eliana is one of the strongest singers on display at Junior Eurovision 2019, with all of the disagreement being in the quality of the composition itself. A strong live display and a great staging could sway a few minds here. Will it be enough to take down our current runaway leader Carla on the day?

What do #YOU think of “We Are More”? Do #YOU think it has enough of the more factor to overtake Eliana’s rivals? Let us know in the comments below, on social media, or in our forum.