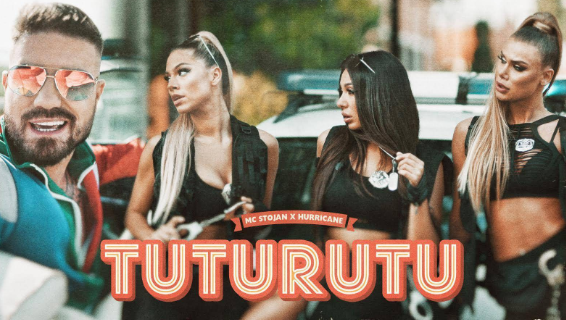 Welcome back to the ESCUnited Summer Jam Round-up! We have a ton of great songs to present to you from our Eurovision alumni, and hopefully a few of these make their way onto your summer playlist!

The girls of Serbia are back at it again, this time collaborating with Serbian artist MC Stogan on their summer release “Tuturutu”. The music video features a variety of outfits and scenarios, including the members on bicycles, as “Polizei” (Police officers), a cafe, an ice cream room, and more. The song itself is quite addicting despite being only 2 minutes and 55 seconds. Interestingly enough, it was all just a dream!

Kate Miller-Heidke – This Is Not Forever (Australia, 2019)

Leave it to Kate Miller-Heidke to make me cry by watching a music video, my goodness. The song focusing on humanizing the experience of pain and encouraging those struggling to continue their fight. The music video features dancers from across Australia in their homes, and is blended together to create a beautiful picture of hope and resilience.

Jurijus has not let the dissapointing non-qualification at Eurovision stop his career, as he recently released a new single “Apie ją”. The song is full of driving electro beats and fast paced lyrics in Lithuanian, and a bit of time lapse magic. If you’ve listened to his music before, you know that the song will flip between high and low vocal sections to showcase Jurijus’ vocal range and talent. Listeners beware, this song has a melody that could easily get stuck in your head if you’re not careful.

“Hvala” is a song full of power and emotion. As is common with Maya’s music, she is able to convey the tone and message of the song with just her voice and a very simple track – no intricate elements needed. The song focuses on being thankful and overcoming challenges, as “Hvala” means “Thanks” in Bosnian. The music video shows shots of a wedding and people in masks and distancing themselves – and seems to be a beautiful tribute to the things we should be thankful for.

Okay, let me be honest – this is the biggest BOP of any song on this list. I have listened to “Say” about 25 times since I compiled the list for our Summer Jam series, as the song is an amazing follow-up to her 2019 single “Fallin”. I beleive Claudia has really found her space in the musical scene, as she wrote the music and lyrics for the song on her own! The music video is also full of imagery from fire, soot, sparks, colored smoke, and more. Its a full on production!

The songstress of San Marino is back at it again with a new electro-pop bop. The music video was shot in triplicate, and creates a bit of sensory overload from the choreography, setting, and styling. As if that’s not reason enough to love Senhit – she also gave a personal thank you to the catering company used during the video shoot in the video description. This song shows promise for what she might bring to Eurovision 2021 next year!

The winner of Eurovision 2005 released a new song entirely in Greek but with a Latin spin on it. The song borrows from the sounds of mariachi music through the trumpet and guitar lines, but also has a nod of the guitar lines sometimes heard in Greek music. Helena also proves she has moves, as she tackles the choreography entirely on her own for the music video in a mix of outfits. A global pandemic can’t and won’t keep this queen down!

The current pandemic might have cancelled pride events world wide, but it didn’t stop Norway’s trio KEiiNO from celebrating the event with a Whitney Houston cover. In fact, this song is the official song of Global Pride 2020 – despite the event taking place online for health reasons. Many of the shots used for the music video are from 2019 and features LGBTQ+ individuals from around the world dancing to the song.

James has been busy during quarantine, releasing two singles on his official youtube channel. “Enough” was released on May 15th, which was the day just before the grand final would have taken place had it not been for COVID. The song showcases the dark timber of James’ voice, paired with a simple piano track to drive home the message of the song. The video shows views from across the country during the lockdown, from empty streets and parks it’s a scene that we’ve all experienced in the most recent months.
Additional Releases this Summer:

What do you think of these songs? Did #YOU find your new jam? Let us know in the comments, on social media, or on our forum!

After Eurovision 2020 was cancelled due to the COVID-19 pandemic, the EBU promised that Eu…