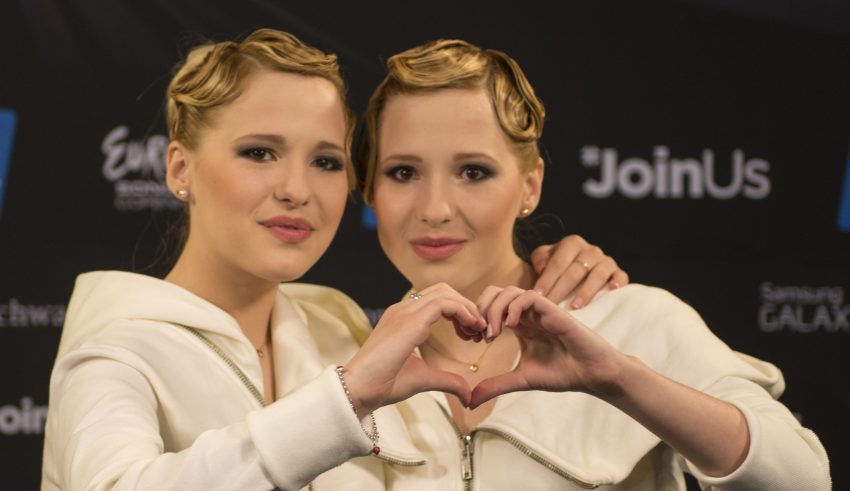 The EBU have revealed the list of juries that each country have put forward to give their points in Tel Aviv. This is of course a big deal, since 50% of the score is given by these exact same jury members. Time to do some digging and give you the facts about this year’s judges!

There are a lot of male artists this year and they also outweigh the females in the judge department. 109 Male and 96 Female jurors have been casted by the participating countries. All the countries have been asked to assemble a mixed group that can give their points on a broader spectrum. This can include music professionals like singers or producers, but even dancers or TV personalities would be allowed to sit on the ppanel.The minimum age is 16 years old and this year that age is represented.

Malta has appointed Nicole Frendo who got a nice 3rd place in their selection procedure X Factor. She is only 16 years of age and is a fairly new artist. Ula Lozar isn’t much older with her 17 years. She is a bit more experienced since she already participated at JESC 2014 for Slovenia. She also entered EMA this year with her song “Fridays”.

Talking about EMA, Slovenia has selected another EMA entrant. Ursa Mihevc, lead singer of the group “Fed Horses”, is also going to give her points this year in Tel Aviv. The oldest jury member this year is the 82-year-old Silvestar Glojnaric.

There are more countries that selected entrants to their national finals. Albania also sends 2, Dilan Reka and Eranda Libohova have the honour to give out points for their countries. They both reached the finals of Festival i Kënges. Somebody who can’t say that they reached the final of the national selection is Adriana Miglane from Latvia. She got fifth in her semi final with her song “Scared of Love”, but still gets the honours of being a judge for her country. STEFAN participated in Estonia with his song “Without you”, he got to the top 3, but was eventually defeated by Uku Suviste and winner Victor Crone. Finally, Lina Hedlund is waving the flag for Sweden, she participated with her song “Victorious” this year where she got an eleventh place.

Other well known Eurovision faces include; Linnea Deb, who composed a lot of Melfest songs and co-wrote the 2013 entry “You” and the 2015 winner “Heroes”. Michael Schulte is the head of the German jury, who participated last year with his “You Let Me Walk Alone”.

Also, Franka from Croatia and Sanja Ilic from Serbia are judges this year. Going further into the past, we can see Kati Wolf who participated for Hungary in 2011. Iceland is sending 2015’s participant Mária Olafs who sang the song “Unbroken”. Finally we have the Tolmachevy Sisters who both get to hand out their points individually.

And of course, there’s the fact that pop star Sophie Ellis-Bextor, a popular Eurovision suggestion with fans over the years, is part of the United Kingdom’s jury for Tel Aviv.

These are the judges that stood out the most to us and will probably ring a bell with Eurovision fans. Check out the full list of jury-members Here!

What do #YOU think about the jury-representitives? Do any of them stick out to you? Share your thoughts with us on our forum HERE or join the discussion below and on social media!