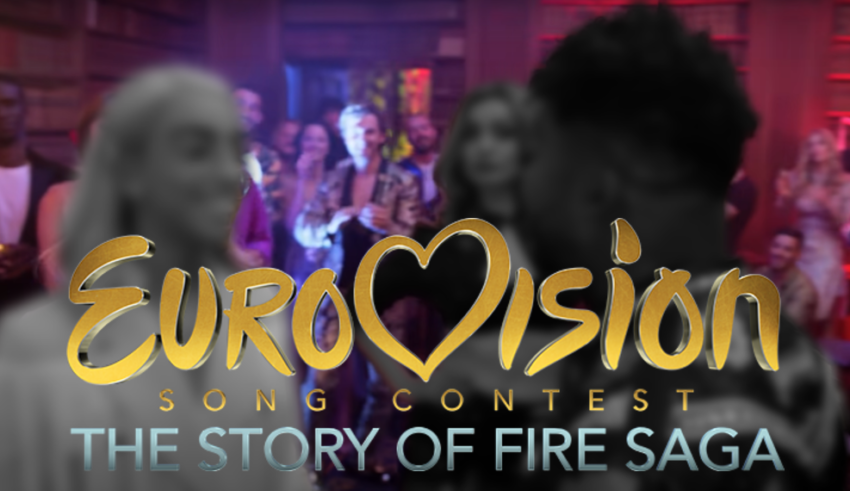 OK, none of that happened.  (It WAS nominated for Best Original Song at the Oscars, and I’m still salty about ‘Husavik’ losing that award.) But the movie was still a charming, sincere, loving send up that the Eurovision fandom at large seems to have embraced. This is due, in no small part, to the clear highlight of the movie, three minutes and 49 seconds of pure bliss. I am, of course, referring to the Song-Along.

For any of you that have not at least watched the Song-Along sequence (and, if that is you, why are you even here?) it is an impromptu music number, featuring cameos from some of Eurovision’s best and brightest (Loreen, Jamala, Alexander Ryback, Conchita Wurst, and the list goes on). But most important to the matter at hand, it features cameos from three artists who competed at Eurovision in 2019, the year the film was produced. They are:

At the time, there was lot of curiosity about how these particular three were chosen. Do they have the best agents? Was it as simple as schedules lining up? Why these three? To answer that, let’s look at what each artist may have been chosen to represent about Eurovision as a whole. And in doing so, let’s decipher which three Eurovision 2021 artists Ferrell and co. would have chosen if the movie were being made in the wake of this year’s contest.

John is an attractive, charismatic pop star, with all the Swedish-slickness and confidence to match. He represented, to uninitiated Americans, that Eurovision isn’t always JUST camp. It is also regularly the home of some of the best pop music producers in the world. And after all, the history of this millennium of American pop music IS Swedish pop music. But who at Eurovision 2021 was the most recognizable face of slick pop production and undeniable star power? In my opinion, that person was Destiny. True pop star charisma cannot be taught, you have it or you don’t, and Destiny HAS it.

Anna was perhaps the strangest choice to make a cameo, only placing 12th in the 2019 contest’s first semi-final, but she was no less deserving. She’s gorgeous, talented, and, importantly, has an Eastern European look and feel about her. Her presence (and accent) added extra texture, emphasizing Eurovision as an important cultural melting pot. Plus, frankly, Anna just seems like a good hang. But who is her analog at this year’s Eurovision? Who shares her Eastern European flair and fun-loving personality? The person from the class of Eurovision 2021 who I think could best fill Anna’s stylish pumps is Vasil. Perhaps an unconventional choice, but, then again, so was Anna.

Bilal was a smart choice on the part of the film’s producers. For one, his large online fan base meant extra publicity for the movie, and his youth was a reflection of the fresh talent that comes through the contest every year. Additionally, Bilal has as a very specific look that conveyed some of the eccentricity of Eurovision while also not being so over the top that it completely took over the scene. With her 123k Instagram followers and distinct style, Eden Alene fits that bill the best from the class of Eurovision 2021.

And there you have it. Sadly, Destiny, Vasil, and Eden missed out on appearing in Eurovision Song Contest: The Story of Fire Saga by a couple of years. But, hey, there’s always the sequel!

Which three Eurovision 2021 artists do #YOU think could have made cameos? Sound off in the comments below, in our forum, or on social media @ESCUnited.