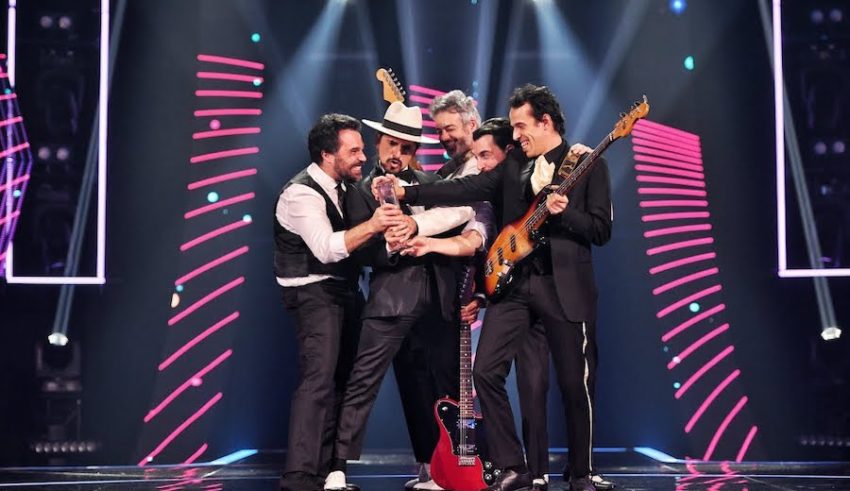 The Black Mamba celebrating their win at FdC 2021.

After The Black Mamba’s ‘Love is On My Side’ surprised many by finishing in 12th place at Eurovision 2021, Portugal’s second best result since 1998, the country’s broadcaster is gearing up for what it hopes is another successful Eurovision season.

RTP, the Portuguese broadcaster in charge of the country’s Eurovision plans every year, announced today that Festival da Canção will be returning as its national selection show in 2022. The broadcaster’s unique method of filling out the contest’s competition roster, with sixteen of the twenty entries coming from established songwriters invited by RTP, will remain in place. There is, however, one significant change.

At the 2021 edition of Festival da Canção, two of the competing songs-‘Não Vou Ficar’, sung by Pedro Gonçalves & ‘Girassol’, sung by Miguel Marôco-were selected via a public submission process. For the 2022 edition, the number of songs selected from the pool of public submissions will double to four, opening up the door for even more fresh talents to get their moments in the spotlight.

This will be the 56th edition of Festival da Canção, and it has been used to select Portugal’s Eurovision entries from its inception. In 1964, the first winner of the contest-António Calvário, with the song ‘Oração’-went on to represent the nation at the 9th edition of Eurovision in Copenhagen, Denmark. It ultimately placed 13th out of 16 entries on the night.

Dates for next year’s contest have yet to be announced, but the rules and regulations can be found via RTP’s website or by clicking here.

Are #YOU excited for national final season to officially begin? What would #YOU like to see Portugal do differently in 2022? Sound off in the comments below, in our forum, or on social media @ESCUnited.