Home 2021 Voldemars Petersons: “Eurovision is unpredictable every time, you can’t guess the good or bad recipe” 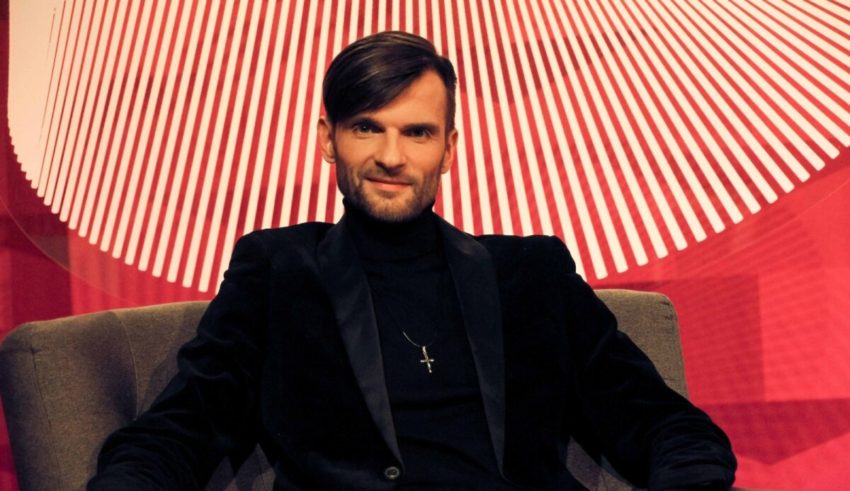 With the race for Rotterdam hotting up in Lithuania’s Eurovision selection, Pabandom iš naujo, we wanted to get to know some of the artists fighting to reach the final on February 6th.

Before tonight’s semi-final show, we spoke to the veteran selection performer Voldemars Petersons about cold borscht, Elton John and the backing of his band at Pabandom iš naujo!

Hi Voldemars! First of all, thank you for taking the time to speak to us. What can you tell us about yourself? What should we all know about Voldemars Petersons?

Hello! I was born in Kaunas, Lithuania, but really I am half Lithuanian, because my dad (RIP) was Latvian, so my name and last name are not Lithuanian.  I started my musical journey in my fifteens as a drummer in a local teenager band. Since eighteen I consider myself as a street musician, while street was and still is my musical school, which I never entered in my life. My face became known in Lithuania in 2007 when I participated in a well-known musical reality show called “Dangus” (Heaven). There I stood out as a original music composer. Indeed this is my fourth time in the Eurovision contest.

Can you remember your first experience in music? What made you want to be a musician?

As a kid I walked through the street and at the street vendor booth I heard Elton John’s song “Sacrifice” which hooked me so much that I started collecting cassette tapes a lot. I usually picked them by covers that seemed appealing to me. After that I bought a cheap acoustic guitar with super high attached strings, but I learned some chords.

This is your third attempt in a row to represent Lithuania at Eurovision. How have your previous experiences prepared you for this year’s competition?

Usually I keep creating songs and I never thought that this song could be an Eurovision song. But I was suggested by my close friend Svajune to try a competition with this song. I had many advisors all the time before, so my methods didn’t change a lot. This year I’m coming with my band including guitarist, bass guitarist, a drummer, and I’m really thankful to them for helping me to crystallize all my ideas. I feel comfortable, self-confident and happy now! 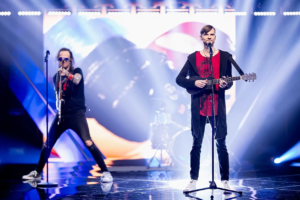 What is the message behind your entry “Never Fall For You Again”?

It’s all about a relationship. When you want to run away from your partner, but you fear to make that final decision. And people usually say: “Ok, this is it. It is the end”. But then they are trying to glue their broken hearts and relationship, because it is too hard just to escape.

What is your general impression of Eurovision? Do you have any favourite entries from the contest?

It is unpredictable every time. You can’t guess the good or bad recipe. I would say the most ever I liked an entry is The Common Linnets – “Calm After The Storm”.

Can you tell us an interesting fact about yourself that not many people would know?

I’m a vegetarian. My interdental appeared only a few years ago.

What is your favourite thing about Lithuania that the rest of the world should know about?

Everybody should try a meal of cold borscht!

I would whisper silently: “Yaaaa”.

Thank you for your time Voldemars. We wish you the best of luck in Pabandom iš naujo!

Voldemars Petersons will take part in tonight’s semi-final of  Pabandom iš naujo! with the song “Never Fall For You Again”, hoping to represent Lithuania in this year’s Eurovision Song Contest in Rotterdam.

What do #YOU think of “Never Fall For You Again”? Share your thoughts with us on our forum HERE or join the discussion below and on social media!