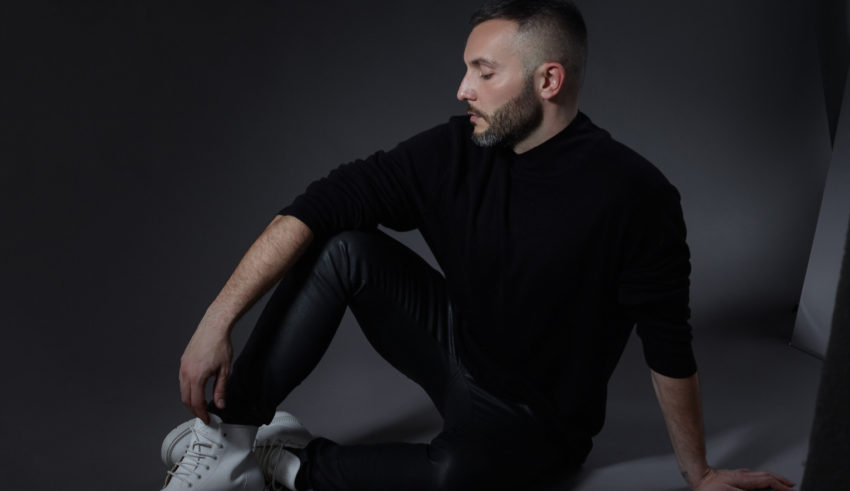 Vasil wrote the melody and the lyrics to “Here I Stand,” which is being produced by Borche
Kuzmanovski and Davor Jordanovski.

In his announcement of “Here I Stand,” Vasil said that this is a very personal entry to him.

“In the middle of the chaos and whirlwind of disappointments last year, I wrote “Here I Stand” in one breath without any specific aim or focus,” said Vasil. “I think it rose out of one of those special and rare moments in life when you are at one with yourself: able to let emotions flow in their purest form without self-judgment, freely and sincerely.”

In another personal touch, “Here I Stand” features backing vocals by former members of the Chicago Childrens’ Choir, of which Vasil was a member as a child.

“Here I Stand” will also have orchestral backing. The orchestra parts are being recorded at the FAME Studio in Skopje, North Macedonia.

Vasil’s production and arrangement team is different from his Eurovision 2020 team for “You.” Vasil sought the help of Borche Kuzmanovski, keyboardist for famed Macedonian rock band Nokaut, and an experienced songwriter and producer in North Macedonia. As with Vasil himself, most of Davor Jordanovski’s career was spent in Canada. Jordanovski has over twenty years experience as a songwriter and working on film and television soundtracks.

Last year, Vasil was to represent North Macedonia at Eurovision 2020 with “You.”

Born in Strumica, Vasil found fame at a young age performing at the Golden Nightingale Festival. He also had a hit song in 1994 with the song “Marionka.”

As he told Zenski Magazin, “We all went to different sides. My mother in Milan, my father in Toronto, my mother returned to Macedonia, and my brother to Bulgaria. I had not seen my parents and my brother in over a year. My father then came to Milan, he wanted to continue working from Italy, he had his own company, he drove a truck. We met for only an hour, and then I moved to Toronto, determined to build my music career there. A year later, my dad died in a car accident, driving a truck. It was terrible, none of us had an Italian visa, mine was expired, we couldn’t identify my father’s body. It happened at the beginning of August, and the remains were brought to Macedonia only at the end of August. The following year, 2005, my grandmother died in Strumica, too, and she died in a car accident. Soon after, my grandfather died.”

Despite these difficulties, Vasil not only persevered but triumphed, building a formidable reputation as one of Canada’s best baritone soloists. From “Candide” to “Ruckert Lieder” to “Don Giovanni,” Vasil racked up awards in critically acclaimed performances across Canada.

But Vasil felt the call of home, and returned to North Macedonia with the intent of pursuing a career there. Composer and producer Sasa Dragic brought him to Belgrade, Serbia, to begin work on music that sought to blend his operatic training with modern pop, and upon release the combination worked.

Since their debut in 1998 (though Kaliopi would have made the nation’s debut at Eurovision 1996 if not for the infamous audio only pre-contest elimination), North Macedonia’s highest placing was Todevska and “Proud.”

Are #YOU glad to see Vasil make a stand again for North Macedonia? Did #YOU like his 2020 entry “You” and hope that “Here I Stand” is similar? Let us know in the comments below, in our forum, and on our social media.