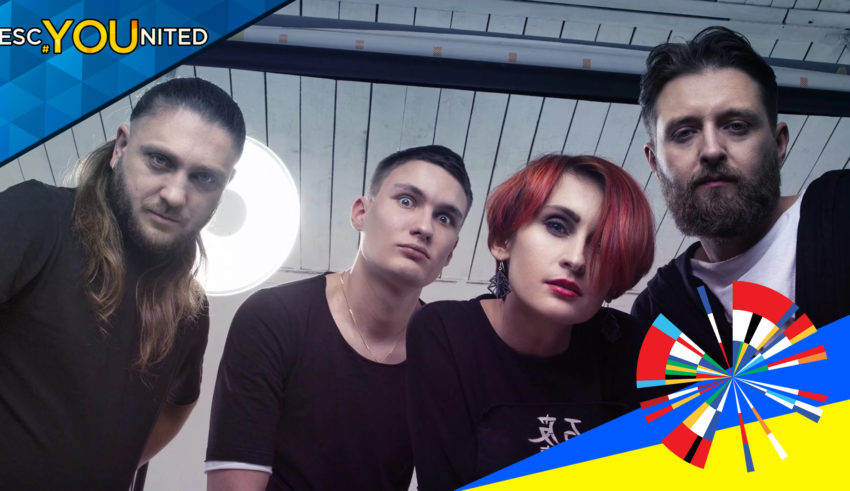 Toinght, we offically can welcome back Ukraine to our beloved Eurovision family, as long as there is no repeat of last year’s failure… but it’s all about 2020 now and forward, and we can look forward to see Go_A in Rotterdam!

The Ukrainian national final underwent a massive change in the rules after last years disaster, where Ukrainian national broadcaster (UA:PBC) pulled out from the 2019 contest in Tel-Aviv, after the decision of picking Maruv became rather political and very national.

For the 2020 national final, it was decided that any artist with any ties to Russia since the annexation of Crimea in 2014, would simply not be permitted to enter the competition.

A total of 16 song were however suitable for the national final, and after 2 semi-finals which were held the past 2 Saturdays, only 6 out of the 16 songs managed to reach the grand final.

Tonight’s grand final was opened with a bang by Verka Serduchka and consisted of the following 6 songs, performed in the following order:

Despite the discussions and countless memes it created, Jamala was still invited to perform during the final as the interval act.

The decision on who would be the Ukrainian representative all came down to the jury panel and the televotes, which each parties having an power of 50% on the final outcome.

The jury were first to give out their points, and they ranked the 6 songs in the following order:

Tensions were already very high after the first sets of points from the jury, so after a nerve wrecking and painful commercial break (gotta keep the viewers in suspense), it was time for the televote to give out their sets of points, which were given as follow… but before that, another interval act, this time by Tina Karol:

…and with that, with the power of very simple math, we combine the scores and get the following results:

With that, after scoring top points from both the jury and the televote, Go_A will now represent Ukraine in Rotterdam with the song “Solovey”

Do #YOU think that Go_A was the best choice in Ukraine and do #YOU think Ukraine can keep their perfect qualification streak going for another year? As always, we wanna hear from #YOU on our forum right HERE or on our social media sites.