Home 2019 The voting for Spain’s Eurovision Gala is officially open! 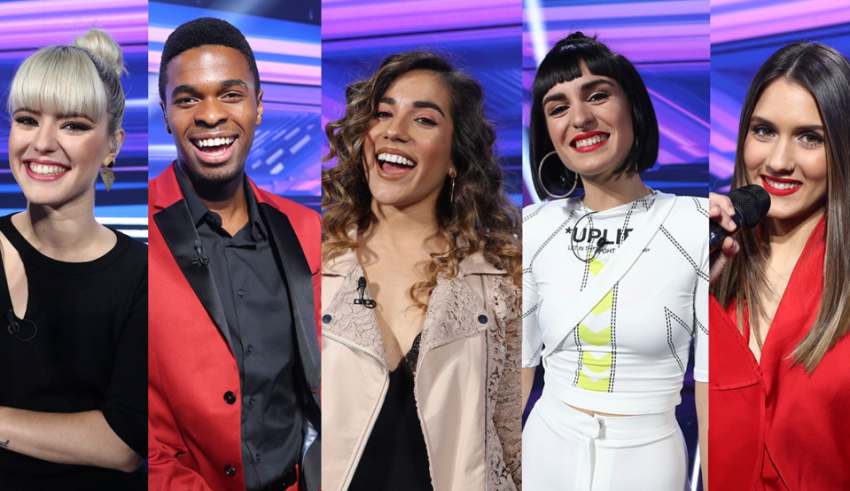 Tonight was the final gala for the 2018 edition of Operación Trifuno, where the remaining contestants battled it out to be named the official winner of the show.

After a long night, Julia and Sabela were eliminated in the first round of votes after they received the fewest total of votes. The second round of voting saw Natalia placing third in the contest, and Alba Reche as the runner-up. This means that Famous is the official winner of the tenth series of OT. But winning OT doesn’t guarantee that Famous will represent Spain in Tel Aviv.

Last year, the show placed the Eurovision Gala before the show’s final episode, meaning that we would know who was going to Lisbon prior to learning the winner of the show. The five finalists competed against one another solo and in pairs, in addition to performing their popular composition “Camina” as a group. Agoney, who was eliminated in Gala 12, was given the chance to perform a song with Miriam in the Eurovision Gala. The public voted and Alfred and Amaia were selected with their song “Tu canción” and a week later Amaia went on to win the show.

This year, the Eurovision Gala takes place well after the Final OT Gala. To shake things up more, eliminated contestants have been included in the candidate songs for Tel Aviv. 13 of the 16 OT contestants have been assigned to 17 different songs, each written specifically for them by songwriters and composers abroad. The songs are as follows:

RTVE has also opened up an online voting process for these songs, allowing the public to vote for up to 3 songs each day. You can cast your votes and listen to the one minute snippet of each song on the broadcaster’s website here.

The 3 songs with the most votes will automatically advance to the live show, while a special committee selects up to 7 additional songs to join them. From there, the artist and song to be sent to Eurovision will be selected by another public vote. Voting is open until January 2nd, so get to voting!

What do #YOU think about the Eurovision Gala snippets? Will Spain break out of the bottom 5 for the first time since 2016? Join the discussion on our forum and on social media!