Home 2022 The rumours have started: Who is speculated to represent the UK for Eurovision 2022? 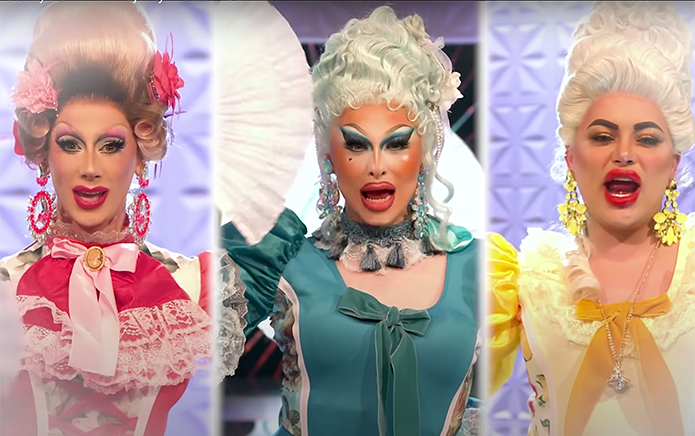 The 2021 Eurovision Song Contest may have wrapped up only 3 weeks ago but that doesn’t stop the rumour mill from starting up! In the past week numerous names have popped up as either being in talks with the BBC or being interested in representing the United Kingdom in Italy. The list is only expected to grow in the coming days, as the UK is subject to numerous rumours and speculations each year. Unfortunately Adele is not on the list this year (sorry friends!).

Speaking about the predicament that the UK team finds themselves in for 2022, the Sun reported: “The production team are desperate to make a fresh start after this year’s ‘flop’ and are trying to lure top talent with promises of lucrative record sales and international exposure.” While starting another last place as a “flop” may be a bit extreme in such a competitive year, the statement hits on an important fact. The UK have struggled in Eurovision because they send up-and-coming artists with next to no support or training.

Ever since their disapointing result after sending Engelbert Humperdinck and Bonnie Tyler in 2012 and 2013, the BBC reverted to internally selecting new artists or hosting a national final that featured new artists, contestants from reality music competitions, or artists with just an EP to their name. And while up-and-coming artists can make quite the mark at Eurovision (cite: Laura Tesoro, Michela Pace, Duncan Laurence, KEiiNO, etc.) they also need support, training, industry experience, and a proper marketing campaign for their song. By flipping the script for 2022 and using an internationally known and recognized artist, they may get everything they’ve been wanting and escape another nil points…..pending a good song of course.

Here are all the artists tipped for Eurovision 2022:

Currently present on the highly favoured list is on massive international star Jessie J from London, England. Jessie has had numerous hit songs on the radio from “Bang Bang” with Ariana Grande and Nicki Minaj, It’s My Party which has gone platinum in Australia and silver in the UK, and her 2014 album Sweet Talker made top five in the UK. As of 2015 she’s sold nearly 20 million copies of her singles and 3 million copies of her albums worldwide.

On top of her musical fame, she has also appeared as a judge on the Voice UK and Australia for four total seasons, judged a season of The Voice Kids UK, appeared and won the sixth season of the Chinese singing competition show I Am a Singer, and has made an appearance on Saturday Night Live in the United States. Her industry experience, international exposure, and past success in the charts speak for themselves.  However, she is in high demand. Before the pandemic Jessie was performing all over offering concerts and shows, and has been working on her unreleased album coming out later this year.

News outlets from the UK including the Sun are reporting that Jessie has been approached by the BBC to being their 2022 Eurovision representative. She has yet to comment on the rumours or reveal anything that might hint at their validity.

The Vivienne be damned, it appears that The Frock Destroyers (comprised of drag queens Baga Chipz, Davina de Campo, and Blu Hydrangea) may also be in talks with the BBC for a Eurovision run. According to the Mirror, Baga Chipz commented in an interview “There may have been conversations and meetings. I don’t want to say too much. But it’s on the cards. Put it this way, it’s not impossible that it could happen.” Baga has also gone on record in previous interviews indicating that she would be interested in going to Eurovision with the Frock Destroyers.

The girls had quite the campaign going from Drag Race fans across social media, with a petition for their participation reaching over 14,000 signatures to date. Their girl group song Break Up (Bye Bye) from Rupaul’s Drag Race UK Season 1 reached number 35 on the UK singles chart and number 44 on the Billboard Hot Dance/Electronic Songs chart in the United States. They have already released their first album Frock4Life in December of 2020 and the song Her Majesty from said album has nearly 678,000 views on Youtube. It is clear that the girls and the Eurovision fans want them to be at Eurovision one day.

Sending the Frock Destroyers could be a smart move: drag race fans are all across the world and know who they are, the group can sing as shown by their music, and Davina de Campo has a four and a half octave register. She also has ties to Eurovision 2019 entrant Michael Rice, who participated in the show All Together Now which Davina is a judge. However, drag acts have been hit or miss at Eurovision. While Conchita Wurst swept the contest in 2014, Sestre finished middle of the pack in 2002, and DQ failed to escape the Semi-Final in 2007. Also in question is whether the girls (besides Davina) can perform live on a massive stage and can square off against professional musicians and/or new artists.

Bill Bailey is a comedian who mentioned on the BAFTA TV Awards red carpet that he would be interested in representing the UK in Eurovision next year. “….you know what? I was writing [a Eurovision song] today….because I just thought, why not? Come on, we’ve not been doing well lately” Bill said. And this is not the first time that Bill has offered his service to the BBC and Eurovision. In 2007 he offered to share several songs with fans and let them decide what song he should perform. The BBC instead sent Andy Abraham and the song “Even If” to the 2008 contest. He said that we need to “inject a bit of fun” into the contest in order to do well. He’s the recent winner of Strictly Come Dancing from December 2020, but there have been no rumours of the BBC approaching him.

Reality TV star Gemma Collins also offered her services for Eurovision next year, stating that “If Eurovision called me up hun, I will go there. Katie Price done it and basically the GC has got to do it next.” While that fact is actually not true (Katie Price was a runner up in the selection process behind Javine’s song “Touch My Fire”), she certainly has the enthusiasm. She mentioned in an interview with the Sun that she would actually be open to a duet with Bill Bailey…..or potentially Snoop Dog.

She is no stranger to competitions, as the Essex star has been on The Only Way is Essex, I’m a Celebrity, Celebrity MasterChef, Dancing on Ice, and All Together Now: Celebrity Edition. On ATN, the same show that Michael Rice won and later earned him a spot in Eurovision: You Decide, Gemma finished 3rd. She has also released a single during the winter holiday season, a cover of the classic tune “Baby, It’s Cold Outside.” Again, Gemma has only announced her interest, but is not rumoured to have been approached by the BBC.

As mentioned before, the list will only continue to grow from here. Regardless of who is chosen, the BBC are going into this Eurovision season with a target on their back and need to impress the fans, the UK public, and the general viewing audience on the night. Is their answer somewhere on this list? Only time will tell.

What do you think of these rumours? Is there an act you’d like to see represent the UK in Eurovision 2022? Let us know in the comments, on social media @ESCUnited, or on our forum page!