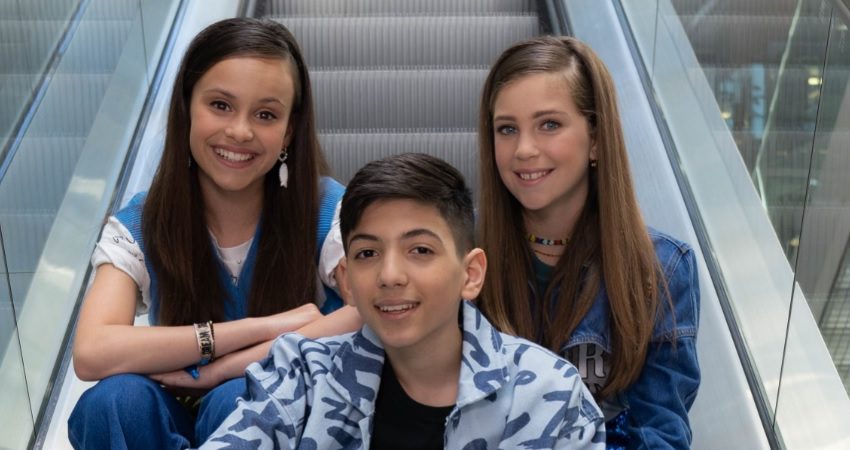 It’s Wednesday again! That means that we got another song of the Dutch national final for Junior Eurovision. After today, we finally know all the songs that are in the running to represent The Netherlands at Junior Eurovision 2021 in Paris. Without further ado, let’s listen to SH!NE and their song “A Million Little Things”:

The song is written and composed by Robert Dorn. SH!NE exists out Jade, Lyova and Loïs. They auditioned seperately of each other, but were put together as a trio after the finalists of this year national final were announced. Lyova and Loïs both participated in The Voice Kids season 9, while Jade was part of the biggest children choir of The Netherlands “Kinderen voor Kinderen”

This season 4 acts will compete at Junior Songfestival. The acts are: Ayana, Priscilla, Melody (Ceder, Faye, Angelina, Soline and Mirre) and SH!NE (Jade, Loïs and Lyova). The act that win the grand final on the 25th of September will represent The Netherlands at the Junior Eurovision Song Contest 2021 in Paris! Last year, girlband Unity represented The Netherlands at Junior Eurovision with their song “Best Friends.” The girls finished in 4th place with a total of 132 points.

What do #YOU think of “A Million Little Things ?” Now we know all the songs in the Dutch national final, which one do #YOU want to represent the Netherlands at Junior Eurovision?  Let us know in the comments below, our forum, or on social media.