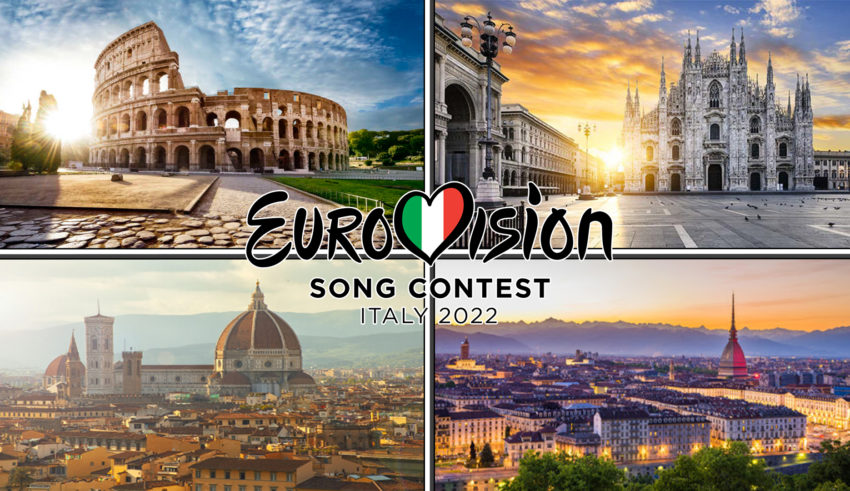 We often hear that the interest is still rather low, when it comes to the Eurovision Song Contest in Italy, but it would seem that cities all around Italy are willing to deny that claim. The Eurovision Song Contest is 10 months away from taking place, and these 17 cities sure are willing to go all the way to make sure, that they get the possibility.

If we divide the map in North and South, then clearly we’ll see that the most candidate cities and regions are placed in the North. The most South city in mainland Italy is Matera, which is just by the heel of Italy, but we might even go more South than that, since two cities(Acireale & Palazzolo Acreide) on the isle of Sicily has even bided on the event. Then we have of course the front runner to host the event, such as Turin/Torino, Milan/Milano & Rome/Roma. The contest could literally go anywhere in Italy, but among those cities that originally had shown interest, has decided in the end to not bid for the event after all, this includes cities such as Verona, Bari and Naples/Napoli.

Here is the full list of official candidate cities and regions:

The deadline for cities to submit their candidacy for the contest, ended last night (Monday 12th of July 2021 23:59), and was only open for a very few days. Possibly, RAI(Italy’s national broadcaster and host broadcaster of the 2022 contest) knew about this interest from the various cities, and hoped for the ones that were interested would have all the paperwork done and ready for them to look through.

This would probably explain why cities such as Verona, Bari & Naples/Napoli didn’t apply in the end. For example, the proposed arena by the city of Verona, is an outdoor arena.

Starting on July 14th 2021, all the remaining candidates will have to finalize their bids and have it all ready by the 4th of August 2021.

When will we know more?

The dates for the 2022 contest has still not been set either, which is a key detail, because among the requirements, it’s also stated that the candidate arena must be free of use for at least 6 weeks prior to the contest takes place. This means, that depending on which city gets to host the contest, will most likely tell us when the contest will be held. Some of the candidate arenas might have events already planned close to when the contest is expected to take place, so should you be interested into travelling to Italy for the contest, it would probably be best to wait until we know where it will be hosted.

Most likely, RAI will soon shortlist the candidates, before they’ll properly evaluate their best candidates. This is what has been done in the past few years, where for the 2020 contest, both Rotterdam & Maastricht were the shortlisted candidates, while for the 2019 contest it was between Tel-Aviv and Jerusalem.

Turin/Torino has so far shown the most interest into hosting the contest, and at this point many expect it to be there, but close candidates such as Rome/Roma, Milan/Milano and Florence/Firenze could maybe have something that make their infrastructure better suited for the contest, only time will tell now when RAI will reveal more after receiving the finalized bids.

Which city do #YOU think will host the 2022 contest, and could #YOU see the contest be hosted somewhere unexpected? What are your thoughts about all of this? Let us know on our forum HERE or check by our social media sites and tell us what you think.