Home Announcements The Golden Voice of Prague, Karel Gott, passes away at age 80 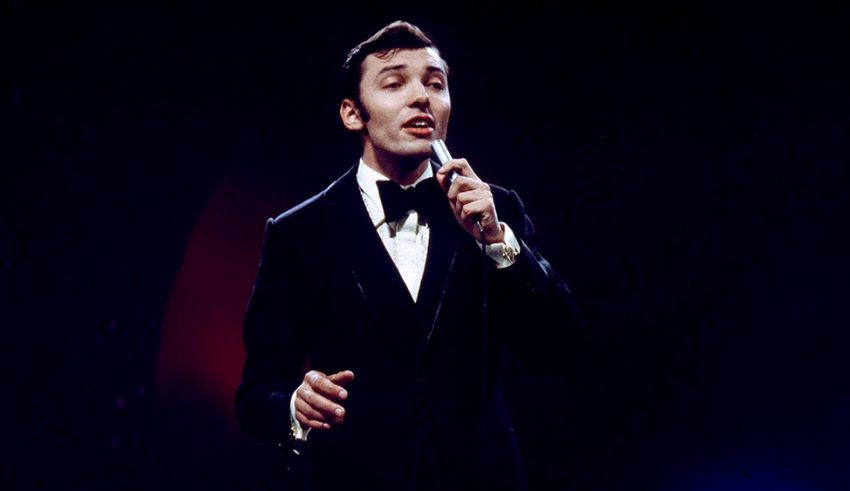 Karel Gott, a much beloved singer and Austria’s entrant at Eurovision 1968, passed away on Tuesday, October 1, 2019 at age 80. Gott had only announced last month that he was battling acute myeloid leukemia, but his wife Ivana announced Tuesday that Gott had passed away in his sleep, surrounded by his family.

Shortly before Soviet tanks rolled in to Prague in August 1968 to snuff out Czechoslovakia’s brief liberalization from Communist rule, known as the Prague Spring, Gott performed “Tausend Fenster” for Austria at Eurovision 1968 in London.

In what is often interpreted as a melancholic, yet hopeful, chanson about the loneliness and soul crushing obliteration of the individual and its resulting corrosion of human interaction under the repressive rule of the communist government in power in Czechoslovakia, “Tausend Fenster” (A Thousand Windows) came in 13th at a very controversial edition of Eurovision.

Written by Austria’s Eurovision 1966 winner Udo Jürgens, with lyrics by Walter Brandin, “Tausend Fenster” is a Eurovision favorite that has become more popular since its performance on April 6, 1968. It came 13th in a contest dominated by alleged vote-buying by Spain’s fascist Franco regime, resulting in a narrow win for Massiel’s “La La La.” The allegation is still floated today, especially by fans of the United Kingdom and Cliff Richard’s “Congratulations,” which came in second.

Prior to his tilt at Eurovision, Gott was a rare performer popular both inside and out of the Iron Curtain, singing in Czech, German, English, Italian and Russian (his biggest album to date is his 1977 album “Melodiya,” which sold 4.5 million copies in the former Soviet Union alone). Gott toured the United States in 1967, picking up several tips from Frank Sinatra, and after Eurovision 1968, Gott had a six month residency at the New Frontier Hotel in Las Vegas (the site where the Wynn Las Vegas is currently located).

Europeans and South Africans of a certain vintage will also recognize Gott’s voice as the singer of the theme song for the German version of the 1970s cartoon Maya the Honey Bee.

Success continued in both the West and the East for Gott, even though he recorded music that was highly critical of the Soviet invasion of Czechoslovakia and the repressive Leninist-Marxist government. When the Velvet Revolution began in 1989 that threw out the communists, Gott was right there in the thick of the action singing to the pro-democracy protestors.

Gott retired in 1990, kind of. Though he focused on painting and setting up an artists’s agency, Gott did occasionally come out to do concerts and record singles.

A winner of 42 “Golden Nightingale” awards in the Czech Republic, Gott is a large figure and his loss will be felt. Czech Republic’s president Milos Zeman announced that Gott’s death is “extremely sad news for our whole country,” and that Czech flags will fly at half mast and Gott will be given a state funeral.

In our current troubled times and the lack of personal connection in a modern life that is becoming ever more isolating, it is worth noting the lyrics for his Eurovision entry the next time you interact with a stranger online:

“Thousands of windows in this town are brightly lit

And you keep asking yourself: “Who’s behind them?”

“Someone just like you, just as lonely and alone””

Our thoughts, prayers and condolences go out to Gott’s family and friends.

What do #YOU think of Gott’s performance at Eurovision 1968? How will #YOU remember this giant of European music? Let us know in the comments, in our forum, or on social media.