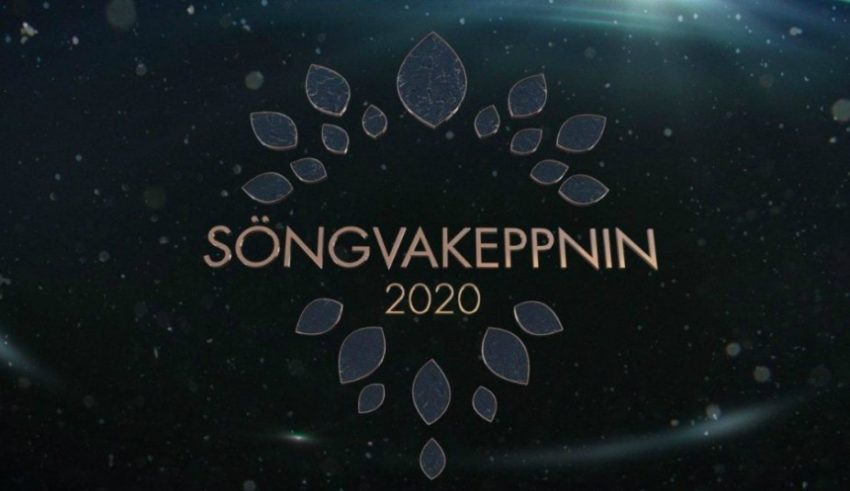 Tonight, Iceland will begin their quest to find a new star for the Eurovision stage. After fan favourites Hatari earned a top ten for the Nordic nation in Tel Aviv, hopes are high for another great finish in Rotterdam. But will any of the acts in the first semi-final of Söngvakeppnin provide this?

It’s time for our team to take a look at the hopefuls, with Daniel, James, Melanie and Roy overseeing these reviews. Read on to find out what they thought…

Daniel – 6 – “A super modern and commercially-viable song, Brynja is able to deliver a fun pop moment for viewers. I feel as though the verse lends itself to a stronger drop or chorus which would be my biggest critique of this song. Ultimately, while a pleasant moment, I do not feel as though the song delivers on all of its potential, and rather, we are left with an above-average pop song.”

James – 7 – “Let’s get the obvious out of the way – this sounds like a Junior Eurovision entry. Brynja Mary herself turned 16 on the day of RUV’s release of the songs, and for better or for worse, this song reflects the confusion and exasperation of being very young and unsure of your path despite repeating “show the world what you’re worth.” It’s a modern pop song that, if it qualifies, will seriously test the question: “What would happen if a JESC self-belief anthem entered the adult contest?” How will the doe-eyed optimism of an Icelandic teenager cope in the adults struggling to overcome hardship world where “Arcade” and “Proud” and “Zero Gravity” triumph? I think she would do well, as we could do with doses of doe-eyed optimism from time to time.”

Melanie – 5 – “It’s a very nice pop song. It has a good chorus, but you heard it all after one minute. It’s just a generic pop song that I have heard before. It’s just don’t stand out because it’s missing the wow-factor.”

Roy – 5 – “This reminds me of the Maltese JESC entry from 2018 “Marchin’ on”. I swear the chorus is nearly the same structure. I wasn’t a massive fan of that, but it did well with the jury’s and so could this. Brynja has a good voice and could totally sell this song on the stage. I haven’t listened to the English version, but I imagine this song is written with English in mind. Curious to see how this will do.”

Daniel – 7 – “I like the transition from the beginning to the super rocky portions. Like this is one of those mainstream-sounding rock songs that still are considered “unique” inside the Eurovision scene, but not out there enough that it can cause some to question its role in the contest (Hatari was more the latter but it worked out in the end!). It is a perfectly fine rock song with a cool guitar solo and a very standard composition. Slightly lands on the more interesting side of songs, but it is by no means completely revolutionary.”

James – 8 – “I am interested in this entry for a few reasons – this is metal performed by dudes in their ‘40s, and their guitarist Ingó Geirdal is a professional magician whose sleight of hand with cards is matched only by his dexterity on the fretboard. One problem with this entry, and this is for Icelandic voters – “Almyrkvi” doesn’t quite match the quality of the rest of DIMMA’s discography. A lot of fans could be turned off thinking DIMMA sent in a B-side, thus depressing the televote count. However, those new to DIMMA will be impressed by experienced solid metal musicians and a talented, charismatic frontman. I enjoyed this entry, though I enjoyed DIMMA’s other songs when I looked them up even more. And I suppose that is one point of a national selection and Eurovision – exposure. DIMMA now has one more Stateside fan regardless of contest progression.”

Melanie – 4 – “So a little bit of rock music never hurts, but I have the feeling that this sounds like any regular rock song I heard before. I have the feeling they can do much more better than Almyrkvi. But I’m happy that Songvakeppnin goes with someone else other than the usual pop song.”

Roy – 7 – “Cue the Hatari comparisons… This is in no way comparable and is a totally different genre and it isn’t even bad at all. This is definitely not for everyone and could have maybe even used a bit more energy, but I love it. We need music like this at Eurovision, so I hope this does well in the competition!”

Daniel – 8 – “I think this is a super catchy and strong pop song. As the title reflects, there is a haunting element that makes this song not just another pop track but it starts to straddle the line of dark pop. It is very clean and crisp and has a lot of production quality. That backing beat is addictive and her voice is so clear. I think that it is a very good song that ticks off most, if not all, the boxes.”

James – 7 – “When I think “Haunting,” I don’t hear a thick driving bassline. Unless Elisabet is referencing the “ghost cat” effects lazily thrown in here. That bassline, though. And how they switch it up at the bridge. Big plusses. It’s clear that RUV is radically trying to modernize Songvakeppnin in 2020, and this track achieves that mission. The lyrics are a little strange relative to the track as you don’t expect a song about a woman boasting to a man that she’s under his skin to be a dance number.”

Melanie – 6 – “The song has a sassy beat and makes you wanna dance. I’m just missing a special moment that makes the song memorable. She maybe needs to add more instruments to give the song more body. But it’s an okay song.”

Roy – 2 – “This song just isn’t interesting enough to me. It has a punching beat, but besides that nothing much is going on. Not melodically, not vocally and not emotionally either. This is really forgettable and it didn’t need to be…”

Daniel – 6 – “This is a very sweet song that could lift anyone’s feelings. It is an all-around feel good song that brings rather soothing harmonies between Isold and Helga to the forefront. The instrumentation makes a turn for the epic which I highly appreciate. It is like a slightly better version of Germany 2019 with the theme of sisterhood. In conclusion, a pretty good song.”

James – 8 – “A pleasant and sweet duet. Both singers play off each other and the song builds greatly from its slow, piano entry to the second verse where the drums kick in and the strings follow thereafter. I’d keep this one in Icelandic as the English lyrics are kind of stiff and thematically opposite to what’s happening – there’s no real meeting of anything halfway as whatever they’re trying to join feels like two singers in unison in a meeting of the minds and the hearts rather than two singers having to compromise their own values.”

Melanie – 7 – “Klukkan Tifar really show how beautifull the Icelandic language is. Isold & Helga sounds great together. A lovely duet but it never really grab my emotion. It sounds like a ballad that’s kinda outdated, but their voices make it a great scandinavian ballad.”

Roy – 6 – “With the Icelandic language this has a magical feeling to it. I think I heard a snippet or two in some top-video’s which had this in English. The semi-finals are in Icelandic, so I will judge it off of that. I feel like a translation could diminish the magical feeling that I am getting from this. This has a lot of staging potential, but I am not really sure if this is something that should go to Eurovision…”

Daniel – 8 – “Another one of those clean pop songs that incorporates synthesizers and funky-retro elements. I am getting a lot of vibes as a faster-paced Sweden 2018 which means this song could be a jury darling for being so commercially viable. I am not drooling over the originality but I think it is a solid song with a solid performer and makes the three minutes go by seamlessly. Overall, a generally great impression I take from this song.”

James – 7 – “A pleasant enough summer dance track ala Bruno Mars written and produced by hip hop duo JóiPé & Króli, whose reputation in Iceland alone should be enough to carry this into the final. It’s enjoyable, though calling it “Adventure” is pushing it a bit as it does hew closely to the modern pop funk formula. This is one where we need to see the live performance before championing it or writing it off entirely – a lot is demanded of the singer in this song to convincingly carry the song, and Kid Isak is an unknown entity who we don’t know yet is charismatic enough to lead an entry like this. An iffy unsure performance, and this relatively lightweight track will be blown away.”

Melanie – 6 – “So this is already something else than the average pop song we hear alot in every national final. Sadly, this song is very linear and not going anywhere. But it’s groovy and it makes me dance. Very radio-friendly song, but not a Eurovision winner.”

Roy – 4 – “I like myself some funky tunes so now and then, so this definitely sparked my attention from the start. Unfortunately not enough is happening through the entire arrangement and the song stays around the same energy level. I can move to the funk for a little while, but this is dragged out too long…”

So what do we make of Iceland’s first semi-final, as a result of all of this? Let’s see…

There’s not much in it, but our team believe that it should be Ísold & Helga and DIMMA that make it through to the Söngvakeppnin final! Do #YOU agree?

What do #YOU think of Iceland’s national selection this year? Share your thoughts with us on our forum HERE or join the discussion below and on social media!