Home 2019 Sweden: Wiktoria and Mohombi head to the Melodifestivalen final! 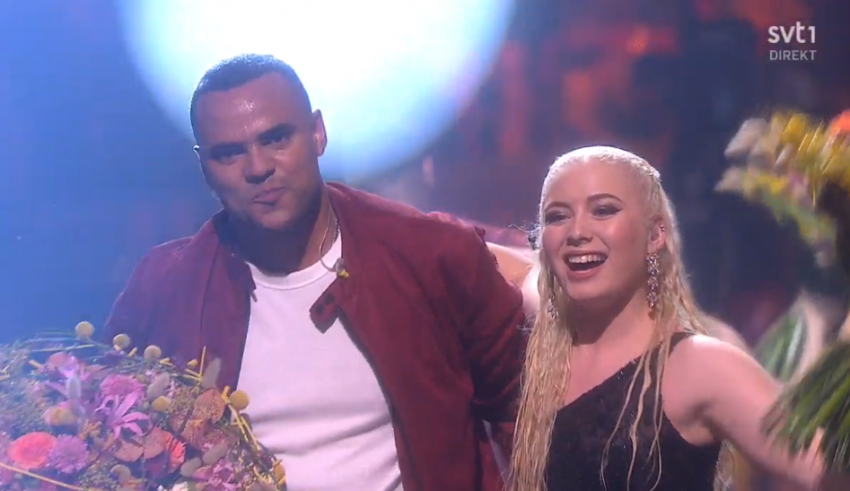 Tonight, arguably the most popular national final Melodifestivalen kicked off in Gothenburg, Sweden. Among the 7 acts competing in tonight’s semi final, only High15 had never entered the national selection before, making this an impressive show all around. Adding to the spur of the night, we saw a semi final that was contained 2 songs written by Linnea Deb, 2 songs written by Thomas G:Son, and 2 songs that they co-wrote together.

Following an intense night, it was revealed that the following entries moved into the second round voting.

The girl group of High15 just missed the cut with their song “No Drama” placing 6th overall and not advancing. This means that Melfest legend Arja Saijonmaa, who placed second in the contest back in 1987, finished in last place. Following an exciting interval act with Sarah Dawn Finer recreating Netta’s performance of Toy and Eric Saade giving a very dramatic redo of Dana International’s winning song Diva, it was announced that Wiktoria and Mohombi would be moving directly to the final show on Mach 9th. Nano and Anna Bergendahl will also be moving forward, but will have to battle it out in Andra Chansen on March 2nd. Zeana and Anis don Demina placed in fifth overall, and will not be advancing.

What do #YOU think of tonight’s results? Share your thoughts with us on our forum HERE or join the discussion below and on social media!