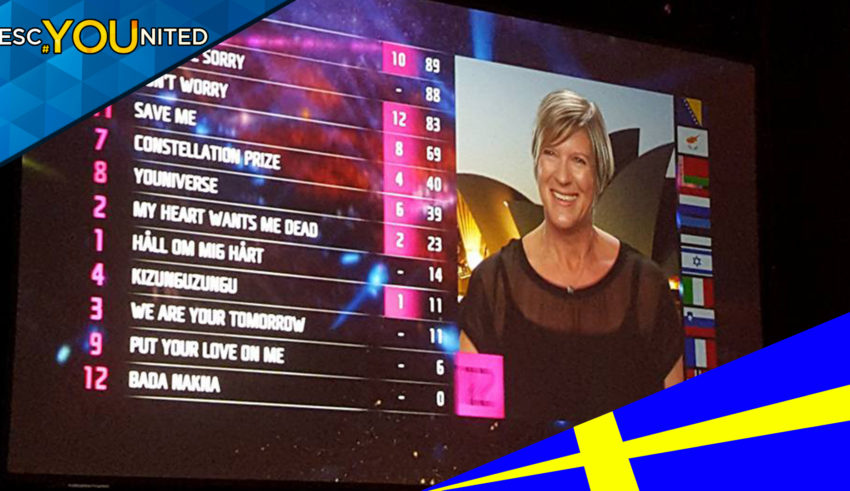 This system gave them some trouble back in 2010, but it has on the other hand also given them 2 victories within the past 10 years. Sweden has earlier today released the list of international juries that will decide half of the outcome of next week’s final of Melodifestivalen.

Since 2010, international juries started to become a part of the show for how Sweden would select their entry, however many will still remember, that 2010 marked the one and only time so far, when Sweden missed the Eurovision final.

This year, Swedish national broadcaster (SVT) will once again stand by what has become a tradition in the Swedish final and invited spokespersons from 8 different participating countries to help Sweden find another winning song for Eurovision.

The countries that has been chosen for this year’s Melodifestivalen final are:

The spokesperson for each country has still not been revealed. The final of Melodifestivalen will first take place on the 7th of March 2020 and at this point there are still 4 available spots in the Melodifestival final.

Tomorrow, the Andra Chansen round will take place, where 8 acts will compete for the remaining 4 spots, as a reminder these will be the duels for tomorrow:

Each duel winner will advance to the final, which take place next week, with the following 8 acts already qualified for the final:

Last year, the international juries all agreed that John Lundvik was the right pick for Sweden with his song “Too Late For Love“. He scored all the top marks from the international juries in last years Melodifestivalen final and finished as the Runner-up with the juries in Tel-Aviv, only beaten by North Macedonia. In the end, he gave Sweden another 5th place to their collection.

Do #YOU think international juries should pick a country’s representative or do #YOU think the choice of the nation should belong to the public? Let us know on our forum HERE or visit our social media sites and share your thoughts.