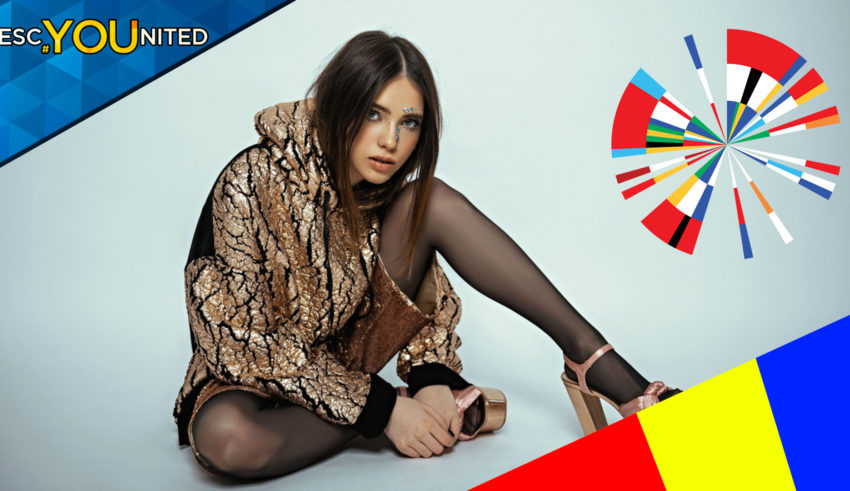 10 days ago, it was announced that Roxen would represent Romania in Rotterdam, in a collaboration between Global Records and TVR (Romania’s national broadcaster). In less than 10 days, we’ll know what song Roxen will sing in Rotterdam, but today, we get to hear the songs!

Despite TVR has selected their singer internally this year, that doesn’t mean we’ll miss out on our yearly Romanian national final. Instead, this year it will be the chosen artist, Roxen, who will sing 5 different songs and the public and a professional jury will then decide together, which song should be sung in Rotterdam.

TVR launched a small web-series on their YouTube channel named “Destinaţia Eurovision Song Contest 2020” in which they presented all sorts of details about how the decision came to be, which includes how the songs were made, how the artist was chosen, the experience and time at the songwriting camp and all sorts of things.

On the 1st of March, the national final will take place in the city of Buzău, which was confirmed by TVR not long after Roxen was confirmed as this years Romanian singer.

That is where Roxen will perform the 5 following songs to the viewers and the juries, who will then decide which song she should sing in Rotterdam. (Listed in alphabetical order):

You can click on the song titles to listen to the songs and in case you’re wondering, it will be a 50/50% split, after last years controversial decision to give the jury a 6/7th of the total outcome.

Among the songwriters, we do find one known name to the Eurovision community, which is Julie Frost. In case you’ve forgotten the name, she was one of the songwriters for the 2010 winning song “Satellite” performed by Lena. In this case, she is behind two of the potential songs, which are “Beautiful Disaster” and “Colors“. In general, all 5 songs are written by a mixed team of American and Romanian songwriters.

Which do #YOU think is the best for Roxen and do #YOU think Romania can return to the final in Rotterdam? Let us know what #YOU think on our forum HERE or on our social media sites.