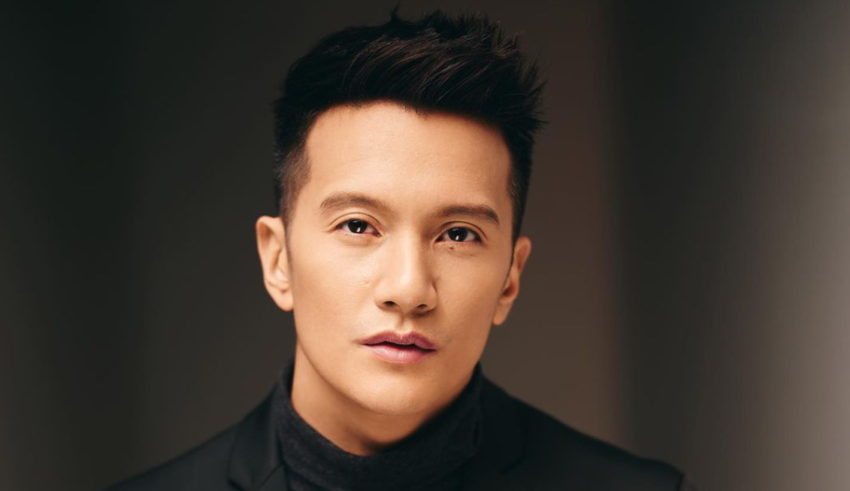 First up it’s Vincent Bueno from Austria, one of the fortunate artists to receive a second call-up to Eurovision for 2021. Find out more about Vincent and his preparations for Rotterdam below!

Who is Vincent Bueno?

A multi-talented performer who comes from a rich background of music! Vincent Bueno is an Austrian singer and dancer of Filipino descent, who was born in Vienna on 10th December 1985. He began his career dancing at just the age of 4, was making music by the age of 6 and accompanied his performing father to many of his band’s performances as a child. Vincent later graduated from the Vienna Conservatory of Music, having begun his studies there in 2003. Alongside his singing and dancing talents, he was also able to play four instruments by the age of just 11 – piano, guitar, drums and bass guitar.

Vincent got his big break into the mainstream on Austrian TV, performing in and winning the ORF show “Musical! Die Show” in 2008. The show saw numerous contestants showcase their theatrical qualities, encompassing dancing, singing and acting, before a public vote decided the winner. Bueno won over the voting public with his strong performances of numbers from Grease and The Jungle Book among other musicals.

Vincent later solidified his performer status in Austria with appearances on “Dancing with the Stars” in 2009 and “Starnacht am Wörthersee” in 2009 and 2010.

After his breakout in Austria, Vincent spent time between here and the Philippines, most notably performing on the ASAP XV variety show in the latter. He signed a record contract with Star Records in the Philippines and held his first mini concert in 2011 in San Juan, Manila. His musical releases to date include the albums “Step by Step” in 2009, “Wieder Leben” in 2016, “Invinceble” in 2018 and his EP “On the Run” last year.

Throughout his career, Vincent has also appeared in dozens of musical productions in Vienna, Berlin, Basel and Munich, beginning with “The Flower from Hawaii” in 2004.

He’s also a family man. He has two daughters with his wife Charity Grace, sadly losing another daughter Samantha in 2015 to a rare illness, with the couple having set up a fundraiser in her memory.

How did Vincent get to Rotterdam?

It was a longer journey than you may expect. Vincent first attempted to represent Austria in 2016 by entering Wer singt für Österreich? with “All We Need is That Love”, however he did not receive enough points to progress to the superfinal ahead of Zoë and Elly V.

He did make it to the Eurovision stage in 2017, but as a backing singer for Nathan Trent’s “Running on Air” which made the final in Kyiv. The two remain good friends, with Trent making a video call appearance on Vincent’s talkshow “Realtalk mit kuya Vince” in 2018.

Having submitted other songs to ORF for consideration in subsequent years, it was in 2020 that Vincent was finally given the nod by the Austrian broadcaster to represent his country, revealing the uptempo pop number “Alive” as his entry. Of course, we all know what followed…

Luckily for Vincent, ORF were quick to stand by their man, and on 26th March 2020, eight days after the cancellation of Eurovision 2020, the broadcaster confirmed they would stick with Vincent for the 2021 contest in Rotterdam. The long wait culminated in his mid-tempo ballad “Amen” finally being revealed to the world on March 10th.

Speaking about the release of his 2021 entry to Eurovision.tv, Vincent noted “We have used the past year professionally to find the perfect song at national and international level and among my own songs – and in the end we were sure that Amen is exactly that song. The song found me.

At first glance it’s about a dramatic relationship story, but for me it’s primarily about this inner struggle with your own strengths and weaknesses, that everyone knows, which leads to a bright future.”

How has Vincent been preparing for Eurovision since selection?

Following the cancellation of Eurovision 2020, Vincent continued to work from his home studio during Austria’s COVID lockdown as revealed in his interview with NikkieTutorials in May 2020. He held a live stream concert on May 30th, performing “Alive” with his backing group The Suitcase Band and released his EP “On the Run” in November.

In December, he performed on Hitradio Ö3’s Christmas programming “Weihnachtswunder”, before flying to Zürich in January of this year for recording sessions for his Eurovision entry.

His Eurovision entry “Amen” was released on March 10th, 2021. Since releasing the track, Vincent has confirmed he will be dressed in Michael Cinco clothing in Rotterdam, and has appeared in various Austrian and Euro-Filipino media to promote his entry.

He has also recently spoken out about anti-Asian sentiments that have unfortunately become more commonplace during the COVID pandemic; “As the only full blooded asian contestant, I’m aware of my responsibility to speak up against injustice and ask for your guys’ compassion towards what has been taking place against my own.”

Austria’s Vincent Bueno will perform “Amen” in the second semi-final of Eurovision 2021 on May 20th, performing fifth on the night.

What do #YOU think of Austria’s entry for 2021? Share your thoughts on this article in the comments below, on our forum HERE and on social media!