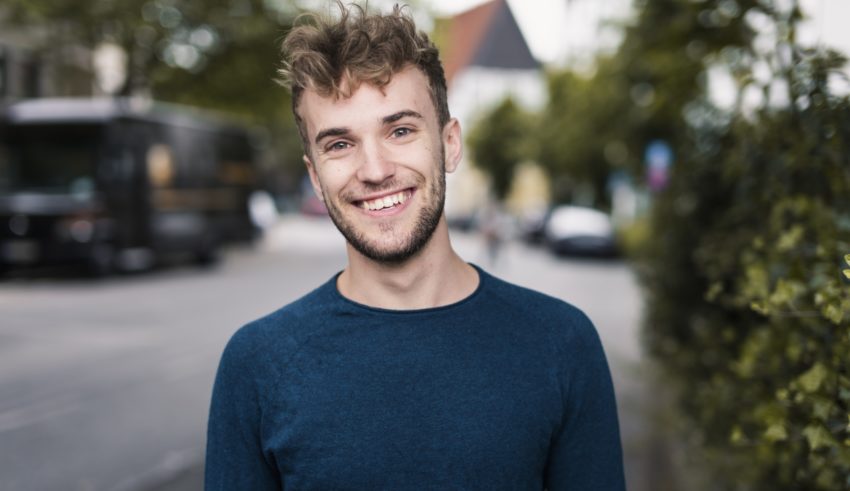 Next up, we take a look at the meteoric rise of Jendrik Sigwart, from musical actor and singer to TikTok stardom and the Eurovision stage!

Born on 27th August 1994 in the north-western city of Hamburg in St. Georg, Jendrik Sigwart is a singer and songwriter who has been described by various media as a “passionate optimist” and often performs upbeat music as a result.

Jendrik grew up in Volksdorf in the north of the city with his family and four siblings, learning to play the piano and violin as a teenager and beginning his first musical performances at the Teichweisen Elementary School; “I had a really nice, sheltered childhood there with many positive memories” the singer told the Heimat Echo earlier this year.

Jendrik came from a musical family, with each of his siblings also learning to play instruments during their childhood, and Jendrik began performing in the streets of Hamburg and at the Volksdorf weekly market.

Jendrik went on to study musicals for four years at the University of Applied Sciences in Osnabrück.

While studying at the University, Jendrik was featured in a number of musical productions, including “My Fair Lady”, “Hairspray” and “Peter Pan”. He learned the ukulele from the age of 17, an instrument that prominently features in Jendrik’s music to this day and one that he wrote his bachelor thesis about.

Jendrik began to grow his reputation in Germany through his music on his YouTube channel and through posts on Instagram and TikTok, first posting his song “Dibdibidi” in 2016 and starting to gain traction in the musical world.

How did Jendrik get to Rotterdam?

The German national broadcaster NDR once again opted for an internal selection for Eurovision 2021, with the 2020 Ben Dolic unlikely to be selected to go to Eurovision again. Two independent panels decided the German entry, one of music professionals and one consisting of a demographic cross-section of Eurovision fans.

On 6th February 2021, Jendrik was selected as the German representative for the contest with his ukulele-based track “I Don’t Feel Hate”, which was released a few weeks later on 25th February 2021.

In various interviews after his selection as the German representative, Jendrik stated that 2020 was professionally a very difficult year for him, with a number of musical engagements cancelled by the COVID-19 pandemic. He spent much of his savings on the music video for the track which featured many of his friends performing in a laundromat in his native Volksdorf, and submitted the video to NDR in the hope of being noticed. He also posted elements of the video’s creation to his TikTok in a series called “How to make a Musikvideo”.

How has Jendrik been preparing for Eurovision since selection?

Since his appointment as the German representative at Eurovision 2021, Jendrik has been active on social media, sharing the message of his song and also featuring what he has been doing at 20:21 each day on his Instagram story (even featuring an interview with our very own Connor on one of these days!).

In the build up to the release of “I Don’t Feel Hate”, Jendrik released a number of light-hearted videos that showcased how to represent Germany at the contest, including him visiting a songwriting camp and preparing the music video for the entry.

On February 26th, one day after his song’s release, he appeared on the NDR Talkshow to discuss the reaction to his entry and his participation in Eurovision. Two days later he performed on the Schlager Show. He then shared a video sharing his favourite hate comments on the entry (pointing out in the process that they had mostly come from Germans about the song).

Jendrik continued his video diary series for his preparations for Eurovision, including filming his postcard on March 15th and then performing a cover of “Walking on Sunshine” with fellow Hamburg artist Madina Frey. Jendrik and his team travelled to Lithuania to film their live on-tape performance of the Eurovision entry, sharing more behind the scenes footage of the team’s travels to Vilnius and meeting with Lithuania’s entrants The Roop.

Before his departure for Eurovision, much of Jendrik’s social media campaign turned to raising awareness about various forms of intolerance and hate, including sexism, racism, homophobia and xenophobia. On April 28th, Jendrik went on Instagram live with The Voice Germany artist Oxa to discuss hatred among the LGBTQI+ community.

A “laid-back” version of “I Don’t Feel Hate” was released on May 14th ahead of Eurovision week. A country version of the song performed by Jendrik was also released by the official Eurovision channel during the rehearsals.

What do #YOU think of Germany’s entry for 2021? Share your thoughts on this article in the comments below, on our forum HERE and on social media!