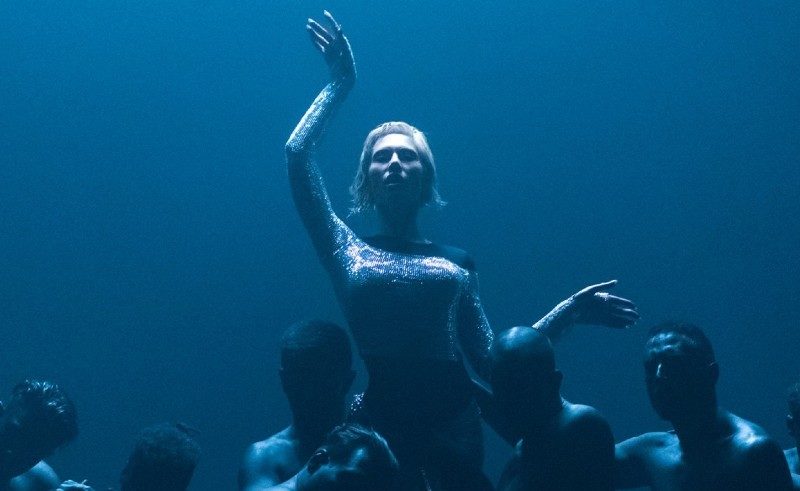 Today we look into the career of Greek performer Elena Tsagrinou, who will follow in the footsteps of Eleni Foureira and Tamta in representing Cyprus with a dance-pop banger. Can she bring Cyprus another strong result in Rotterdam?

The latest in a line of Greek singers to represent Cyprus at the contest, Elena Tsagrinou was born in Athens on 16th November 1994. Like many of this year’s artists, Elena was heavily involved in music from a young age and attended musical high school in Greece.

At the age of just 14 Elena first stepped into the public eye by participating in “Ellada Ehais Talento”, the localised version of the Got Talent franchise, in 2009. She made it to the semi-final stages of the competition before being eliminated.

In 2013, Elena auditioned for the role of lead singer in the dance pop band OtherView after the departure of former singer Krystallia. She was chosen by the other band members Vassilis Koumentakos and Dimitris Isaris to perform with them as singer.

Elena would eventually spend five years with the group, releasing a number of songs including “What You Want”, “O Giros tou Kosmou” and “In the Club B*tch”. They appeared as part of MAD TV’s fashion show MADWalk in 2016 alongside Josephine and Maria Korinthou. Later in the same year, Elena was chosen to be the backstage presenter at The Voice of Greece.

In 2017, OtherView left their contract at Feelgood Records to sign with Panik Records, one of Greece’s largest labels. Following performances at the MAD Video Music Awards, MADWalk and Club Vogue in Athens, Elena announced that her time in the band was up and would be pursuing solo ventures after five years with OtherView.

Her second solo effort called “Paradeisos” was released in late 2018, with Elena once again collaborating with successful Eurovision songwriting group Arcade on the track. Her solo rise saw her once again perform at MADWalk in 2019 and at the MAD Video Music Awards performing “San Lava” with OGE.

Outside of music, Elena has also dabbled in voice acting, having done Greek dubbing for the movies Free Birds and Smurfs: The Lost Village.

How did Elena get to Rotterdam?

With Eurovision 2020 cancelled, Cyprus was one of the first countries to confirm they would in fact be going with a different singer in the 2021 contest, announcing on 1st June that Sandro would not be returning to the contest this year, owing to his previous commitments and scheduling issues.

Elena first hinted at wishing to represent a country at Eurovision in the summer of 2020, telling HELLO! Cyprus that she would love to go to the contest “if she had the right song”. It seems that the right song came about quite quickly, and on 25th November 2020, CyBC announced that they had come to an agreement for Elena to represent Cyprus in Rotterdam.

The song, “El Diablo”, was released on the Panik Records website exclusively on 24th February 2021, being held there for three days before a wider release on the Eurovision YouTube channel. There is a considerable team behind the song; co-written by Jimmy “Joker” Thornfeldt, Laurell Barker, Oxa and Thomas Stengaard and with the staging set to be directed by “Rise Like a Phoenix” stage director Marvin Dietmann, the song quickly became a fan favourite.

How has Elena been preparing for Eurovision since selection?

She has had to bat away a fair amount of criticism in Greece and Cyprus, first of all! The entry made a stir when it was first released due to its lyrical content and perceived Satanic themes, with the Cypriot Orthodox church perceiving the entry as “praising the fatalistic submission of humans to the devil’s authority”. This opposition made international news, being reported in many news outlets and international press including the UK’s Guardian and BBC News, Reuters and America’s CNN and ABC.

A protest by Orthodox Christians took place against the song outside CyBC headquarters in March. The song’s message was reiterated as “falling in love with someone as bad as the devil” and both CyBC and the Cypriot government dismissed calls to withdraw the song, stating that it respected spiritual rights but also upheld the freedom of artistic expression. Elena recorded her live on-tape performance of the song in late March in case she was unable to perform in Rotterdam for any reason.

Elena quickly set about on a promotional tour of the song domestically. She shared behind the scenes footage from her team’s rehearsals on Instagram in early April, and also appeared in Eurovoix’s Concert in the Dark on the 22nd April. On April 24th, Elena Tsagrinou appeared on the TV show “Mega Star” to perform an acoustic version of the song.

Elena’s final domestic promotional appearance came on The 2night Show, hosted by Grigoris Arnaoutoglou on ANT1, before Elena and her team flew to Rotterdam for the contest and rehearsals.

Cyprus’ Elena Tsagrinou will perform “El Diablo” in the first semi-final of Eurovision 2021 on May 18th, performing eighth on the night.

What do #YOU think of Cyprus’ entry for 2021? Share your thoughts on this article in the comments below, on our forum HERE and on social media!