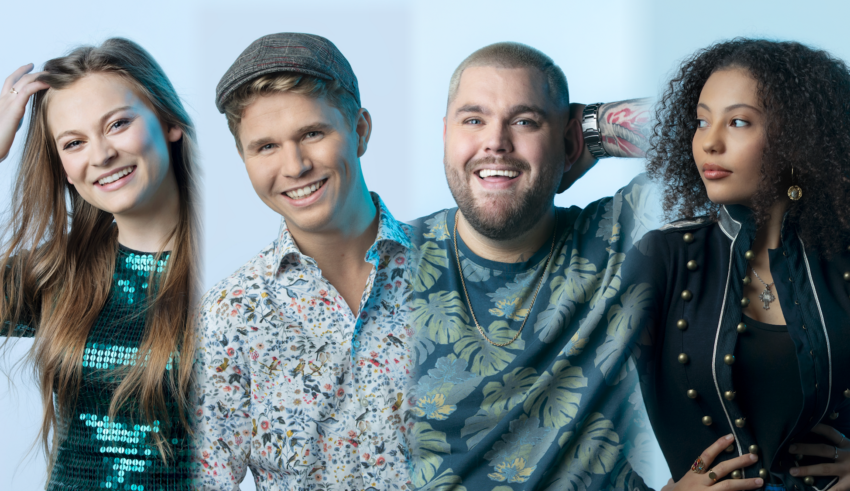 Another Monday means another 4 artists for Melodi Grand Prix 2021! Last Saturday, Raylee won semi-final 2 with an incredible show for her song “Hero.” Can one of the following acts beat her or one of the pre-qualified acts in the Grand Final and represent Norway at the Eurovision Song Contest? Let’s find out who the acts are that are competing next saturday!

The following acts will perform on January the 30th:

You can listen to their songs here on Spotify.

Dinaye and Emmy already participated in the junior version of MGP. Dinaye even reached the gold final when she particpated with her song “Strong and Raw” in 2016. Maybe you recognize her face from being a background dancer during MGP 2017 for Amina Sewali.

Emmy participated in 2015 at MGPjr with her song “Aiaiaiai” which has received over 1,1 million views. After her participation she traveled around to do concerts and meet fans. To be part of Melodi Grand Prix is an unrealistic dream for her, but now it really is happening.

Big Daddy Karsten is a rapper from Arendal, but lives in Oslo. With rapping he has a feeling he could say a lot in a short time. He never thought he was going to be a part of Melodi Grand Prix, because it’s not a national final with alot of rappers in the competition.

Last but not least, we have Ole Hartz from Geithus in Modum. All he did and think about was music. Still he never had thought he would be allowed to perform his own song at Melodi Grand Prix.

Pre-qualifier Kaja Rode will perform her song “Feel Again” this saturday. The song will be released the day before.

What do #YOU think of the acts for semi-final 3? Share your thoughts with us on our forum HERE or join the discussion below and on social media!