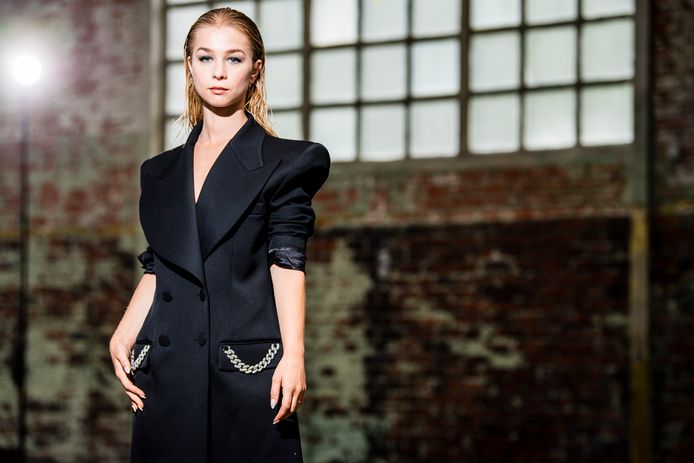 Following the surprise news of her departure from Hooverphonic and replacement as lead singer of the band by Geike Arnaert, Luka Cruysberghs  retreated to the studio to work on her career as a solo singer-songwriter. Yesterday, she released her first single, “Not Too Late”.

The song is a drastic departure from her tone and vocals while a member of Hooverphonic – and that is on purpose. According to Luka’s management team, “sonically, Luka wants to experiment with the different facets of Pop music without limiting herself and her ability to transfer emotions to her listeners.” This means that, throughout her solo career,  Luka will likely release a variety of songs, spanning different topics, genres, and tempos.

The song “Not Too Late” is an electropop song that tells the story of a mistake Luka made, causing a lover to leave. The lyrics of the bridge and chorus are calls to this person, pleading with them not to leave her for good.

Does she still want to do Eurovision?

While she’s focusing on her solo career – it doesn’t seem that Eurovision is out of the question just yet. Songfestival.be reported that, during an interview about her future intentions, Luka responded: “I would love to go to the Eurovision Song Contest! With the stress it wouldn’t be too bad for once, I just have to do better than 19th place.”

Luka was first noticed when she competed on The Voice van Vlaanderen in 2017, a contest that she would eventually win with her impressive vocals and captivating covers.

“2021 is the year where she reintroduces herself as an artist by releasing her first solo music,” Luka’s management said. “It promises to be a start of an exciting new chapter in her artistry.”

Would #YOU like to see Luka represent Belgium at Eurovision one day? Let us know on social media @ESCUnited or on our forum page!