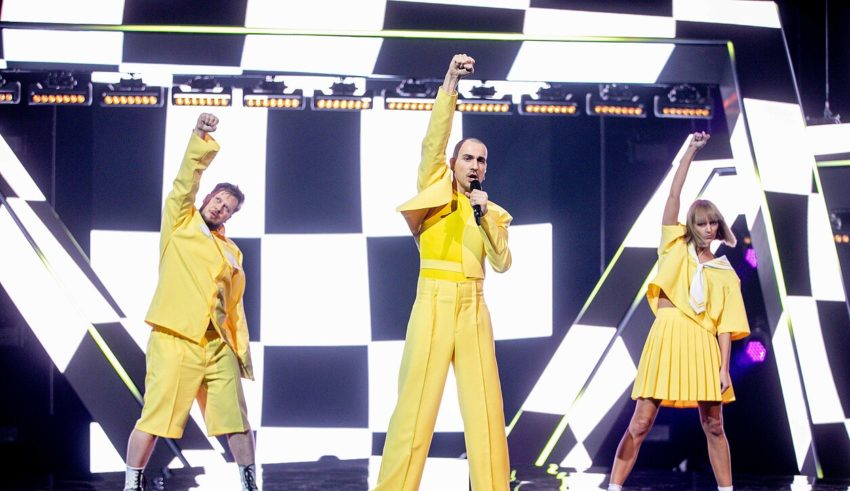 It’s fair to say there was a lot of hype surrounding The Roop’s return to Pabandom iš Naujo! as a direct qualifier, and hopes were high that this year’s submission would live up to “On Fire” from 2020. Safe to say, The Roop have given many Lithuanian fans what they were hoping for based on early numbers!

The Roop’s new potential Eurovision entry “Discoteque” has reached over one million views on YouTube in just two days, with the darker electro-pop song already capturing the imagination of Eurovision fans across the world, including our very own editor-in-chief Matt.

For context, “On Fire”‘s official video has 6.6 million views. At the time of writing, “Discoteque” also currently sits on the top of the Lithuanian Spotify charts, with more than three times the streams of second placed Olivia Rodrigo’s “drivers license”.

“On Fire” has also re-entered the Spotify charts in Lithuania at #12.

The Roop’s first performance of “Discoteque” took place during last night’s second heat of Pabandom iš Naujo!, and #YOU can watch their performance below;

Regardless of the result in the end in Lithuania, it is safe to say The Roop have now established themselves as one of the country’s most promising artists, and it will be interesting to see where they go from here!

What do #YOU think of The Roop’s “Discoteque”? Share your thoughts with us on our forum HERE or join the discussion below in the comments and on social media!