Home 2021 Lithuania: The Roop have been confirmed for Pabandom iš Naujo 2021

Eurovision fans rejoice: one of the front runners from Eurovision 2020 are back in Eurovision contention. Lithuanian band The Roop have confirmed their participation in the national selection – and will be moving straight to the grand final.

This is quite the ticket for an entrant in the Lithuanian national final, as Lithuania is known for having one of the longest running national finals in Eurovision next to Melodifestivalen and the new Melodi Grand Prix format. The 2021 edition of Pabandom iš Naujo is slated to follow the same format as last year, but LRT has not revealed how many artists they are hoping to slate for the selection. 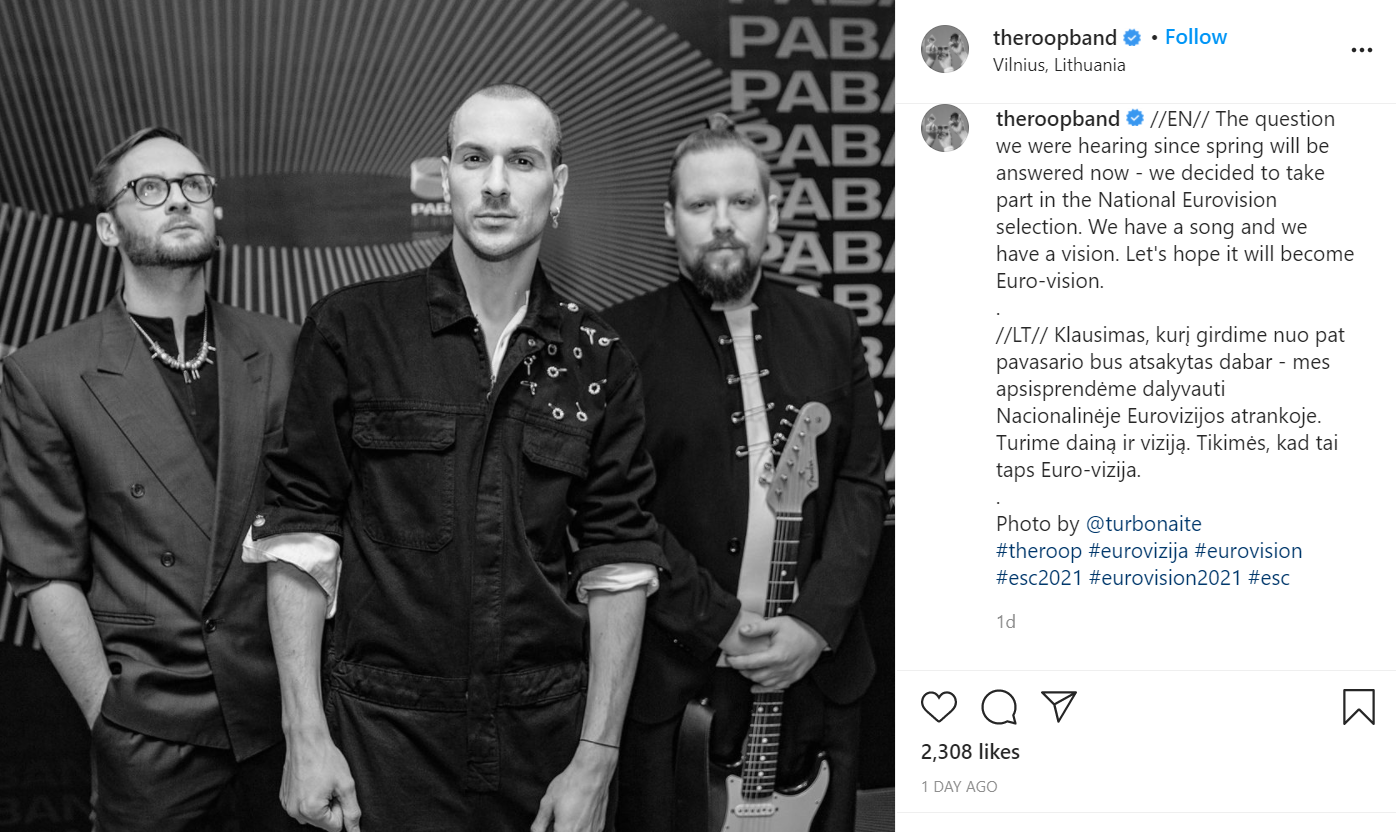 This of course is due to the pandemic that is raging across numerous continents, and puts considerable restrictions on productions and studio recording crews. In the event that COVID-19 is still a prevalent issue in January or February, as expected, LRT has confirmed they will have at least 20 acts competing which will shrink the running time from 6 weeks to somewhere around 3 to 4 weeks total.

Regardless of how many entries are allowed to comptete, the Roop will be among those who qualify from the semi-finals. They were also guaranteed an opportunity to perform in the semi-finals so that they have equal exposure to the public along with other entrants – this means we will see them and their live staging before the final show.

The other entries and artists will be selected by a jury of experts from LRT’s entertainment division, which means we could see a wide variety of entries in the selection. According to LRT if all goes to plan, Pabandom iš Naujo should begin on or around January 16th. That means we should have an announcement about participants sometime in late December or early January.

What do #YOU think about this news? Are #YOU excited that The Roop could be back at Eurovision? Let us know in the comments section, on social media, or on our forum!