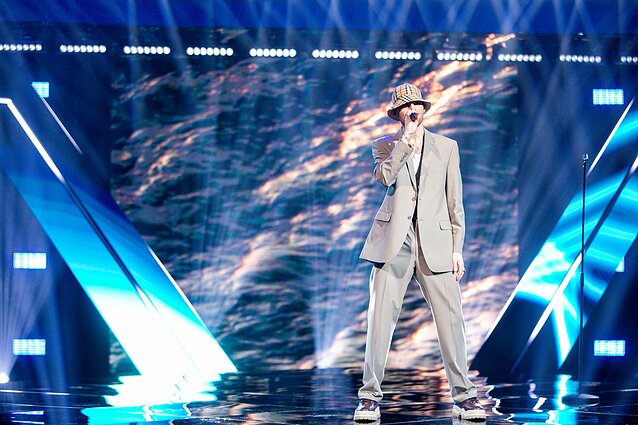 Another Saturday, another batch of NF songs for us to listen to. While I’m sure everyone was a little distracted by Raylee transforming into a Slaylee, Lithuania’s show was highly servicable. So let’s take a closer look at Lithuania’s national final, Pabandom iš Naujo, and its second heat.

Additionally, the heat featured the live premiere of “Discoteque“, The Roop’s entry. As you know, the band won last year’s PiN, and were set to perform in last year’s cancelled contest. ‘Discoteque’, their entry into this year’s PiN, won an automatic pass to the finale, where the Roop will be joined by five other acts. (more on that below)

Like last week, the entries were scrutinized by The Commission, a quintet of cantankerous critics who engaged with one another in open debate about whom they considered worthy and innovative. When the dust settled, the jury had a clear top three: Gebrasy (the author of Milita’s song “Shadows”), national finals staple / hat fetishist Gabrielius Vagelis, and Evita Cololo, the daughter of the late Vitalijus Cololo, a celebrated comedian who passed away last year. 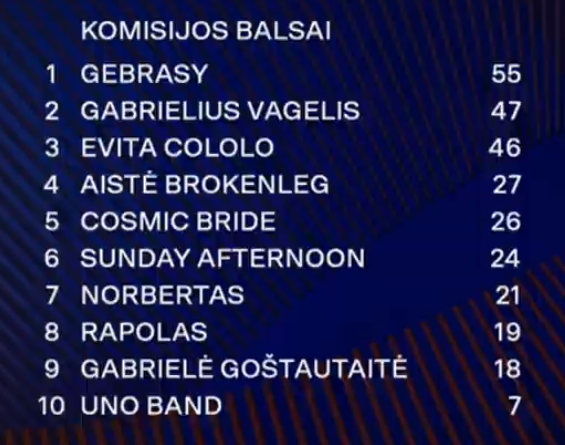 The audience agreed with the choices of The Commission as Gebrasy won the televote with a wide margin, with Evita in third and Gabrielius in fourth place. Norbertas rounds up the top four, sneaking in a comfortable second place. 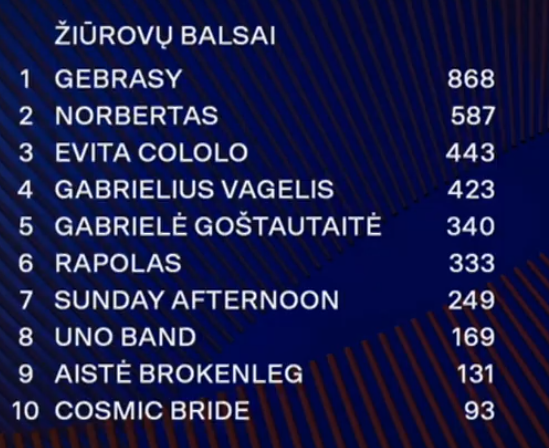 This gives us the following scoreboard: 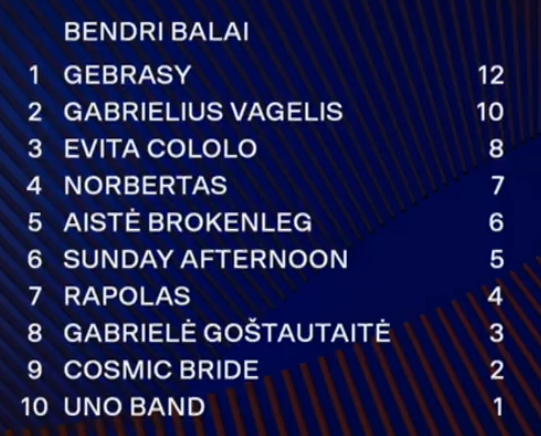 As you can see Gebrasy, Gabrielius Vagelis, Evita Cololo, Norbertas and Aiste Brokenleg all advance for the next week’s semifinal.

In this semifinal, the best five will advance to the grand final, where they’ll face their scariest opponent yet:

None other than The Roop themselves.