Home 2021 Lithuania: Pabandom Iš Naujo kicks off with a bang! 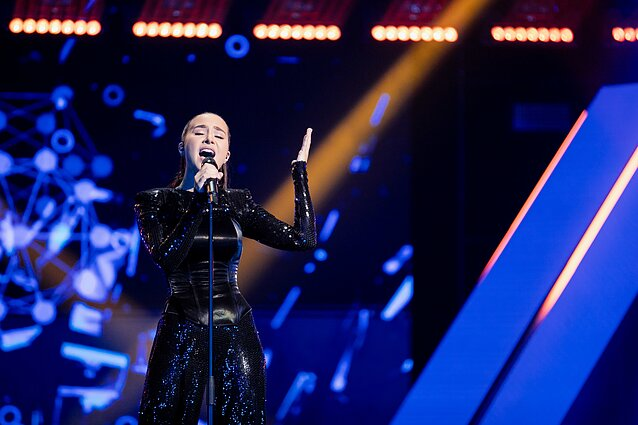 The Super Saturdays of the 2021 Eurovision season have commenced. In a rather lean season, Norway and Lithuania have aired the first heats of their respective national finals. This article will focus on the Lithuanian selection, Pabandom iš Naujo!

Due to the ubiquitous pandemic regulations, the show did not air live, having instead been recorded on the 12th of January. The podium and sound equipment were thoroughly disinfected after every use, and the jurors wore giant plexiglass masks during their deliberations. 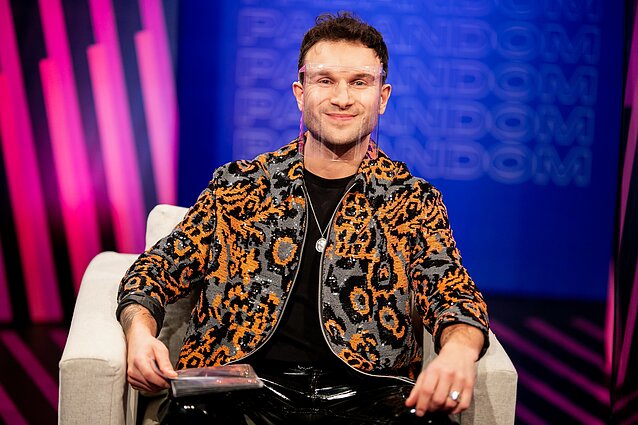 The five-headed jury who decided half of the tonight’s points included Aistė Smilgevičiūtė, participant for the 1999 contest with the song “Strazdas”, and the composer Vytautas Bikus, whose Eurovision-related work includes “Make me human” by Moniqué and “When we’re old” by Ieva Zasimauskaitė. The jury debates, functioning as intermezzo’s between the songs, were moderated by 2015 participant Vaidas Baumila.

The national final will consist of four live shows. Two qualifying heats, a semifinal and a grand final. Last year’s winners, The Roop, are not participating in the heats, instead having been given an automatic pass for the final. Their currently unreleased entry is called “Discotecque“.

At the end of the show, the Jury voted in favour of Voldemars Petersons and his indie rock song “Never fall for you again”, with Milita in a close second place. 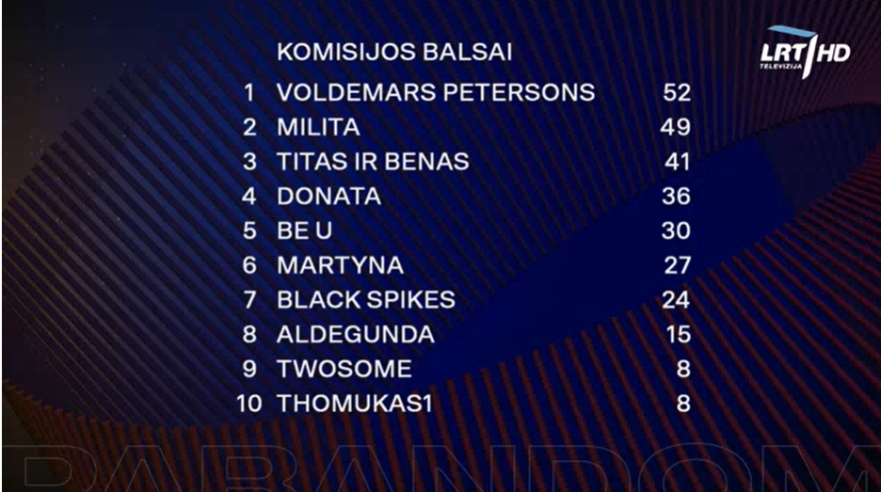 The audience meanwhile heavily favourited Martyna and her song “Thank you very much” (the name of which was recently changed as it contained a cussword). Interestingly, both jury faves finished in the middle, with under 500 televote each. 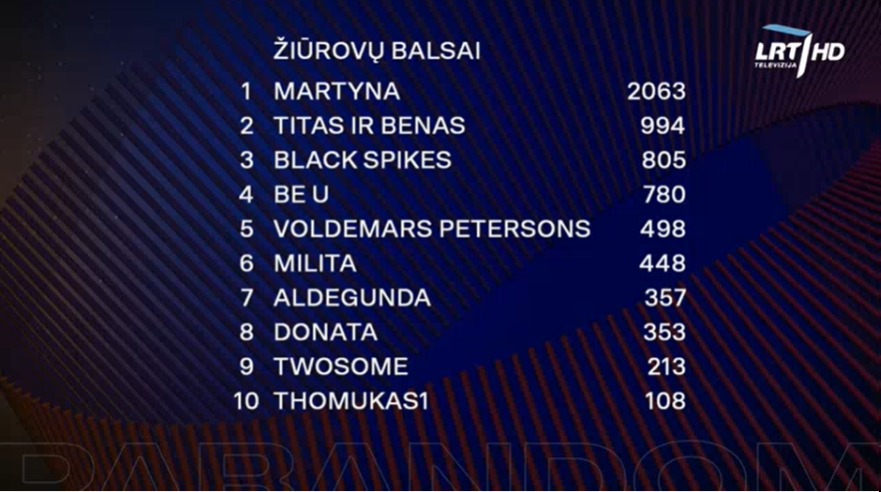 In the combined tally, Voldemars still won the Semifinal, with the cousins Titas and Benas finishing in second due to their top three placement in both votes. Audience favourite Martyna grabs the bronze, while Milita and indie group BE U round up the top five.

The top five songs move on to the semifinal (to be held in two weeks).

Next week, the second heat will provide five additional semifinalists, and we’ll be ready to cover it for your leisure.