Home 2021 LITHUANIA: Everyone was in total shock when The Roop won 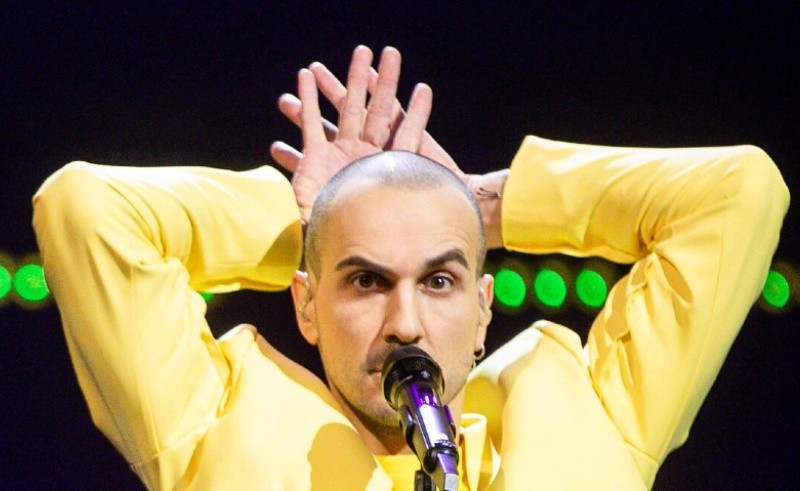 Lãbas vãkaras, everyone. We bring you good tidings from Lithuania, because they just made a decision nobody expected them to make: They cancelled the results of their previous heats to ensure the The Roop WON. Bet your jaw just HIT the floor from shock! Fortunately, the night had more on offer than a formal crowning moment. Here’s all the tea on what happened in Lithuania.

Even for a national final this small, a running order was required.

For the most part, everything you saw on the previous nights continued tonight as well. Titas and Benas still emo’d out on their boxes.  Martyna went into hand-to-hand combat with the English language. Gebrasy slid through the warrens of his mind. Voldemars attempted his funny hand choreography again. Evita secured another eighteen followers on her instant-gram.

Of course, everyone was looking towards The Roop’s live performance, are you kidding me? After being so viciously conned out of the right to represent the Baltic State in Rotterdam, they were more than happy to once again make a stab at glory. You can take the word “stab” literally, by the way. It was a MASSACRE. But before we get to the results, let us first explain how the voting format worked:

Like usual, the voting consisted a jury vote and an audience vote. Each half would provide a ranking, from 1 to 6 of the songs. These rankings are then converted into points. Whoever has the highest combined result wins. If there’s a tie, the Commission’s vote supercedes the popular vote.

Tonight, the jury was on zoom call, as opposed to being physically present in the studio, largely due to being expanded (from five members to seven) and there being insufficient space in the studio to accomodate all the members. Safety first, people!

Meanwhile, the audience vote was opened right before the first act, Titas & Benas, performed their song. So, fans of the Roop could cast their votes from the start of the show.

Okay we get to the results. Now dear reader, I could pretend to retain a modicum of professionality, but these results are too hilarious to not deliver in a raw, unplugged, casual fashion.

Let’s start with the Commission vote. The Roop won it, naturally, as one may expect. Now look at these numbers: 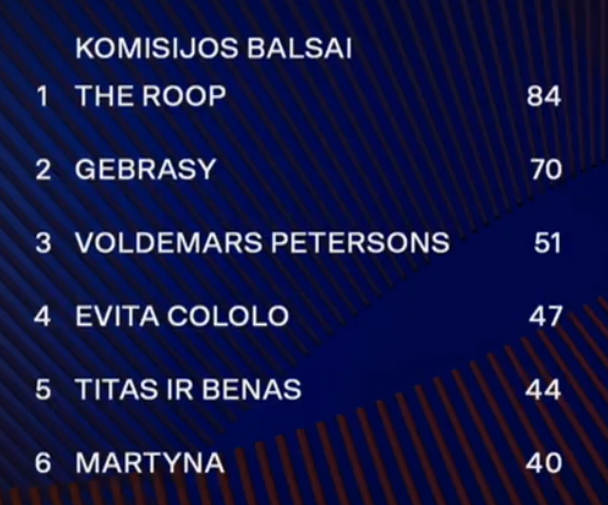 Eighty-four divided by seven equals… twelve? That’s right. The Roop got every jury twelve. Incidentally Gebrasy received every jury ten, but that’s less important for the moment. Point is, the Commission heavily favoured The Roop. There’s no way the Roop could have lost the second this result went up.

But then we got to the public vote.

Which had been opened at the start of the show.

I swear, dear reader, I burst out in laughter (Literally. Terrified the neighbours with my high decibel guffaws.) when I saw it. 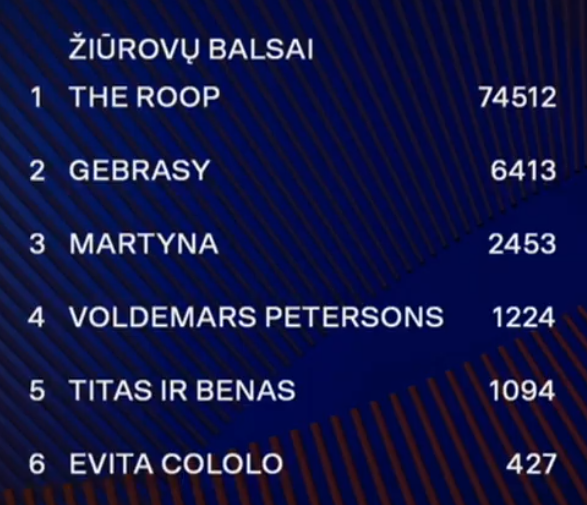 THE ROOP, THE ROOP!!

Seriously though. Seventy-four-thousand-five-hundred-and-twelve votes. That is not a result. It’s a fatality.

To further recap this evening would be pointless.  The Roop won, as we all expected they would. They won with a percentage only seen in North Korean presidential elections. And they deserved it. Their competition was good, but this result was written in the stars, incribed on a Sumerian pottery shard buried in the banks of the Euphrates. It was inevitable. The fire lit by their previous entry burns ever brighter than before and all that remains to be seen is whether it will spread to other nations as well.

Now, that will be something to look forward to.