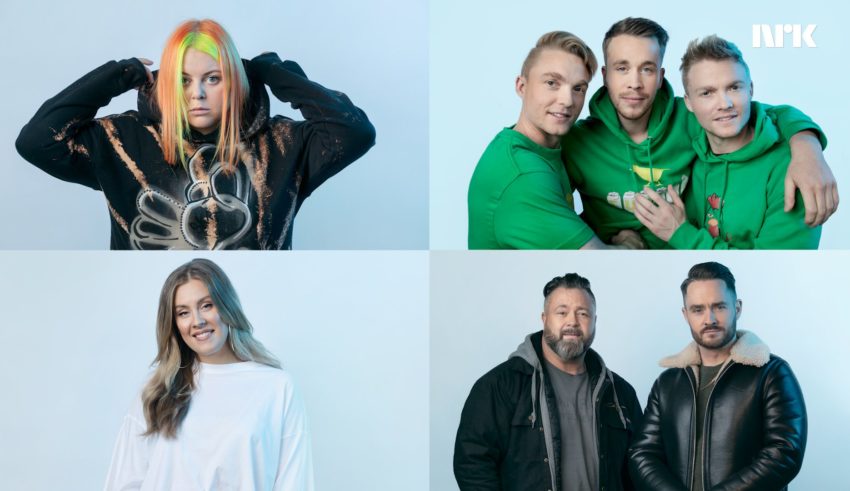 We just recovered from the win of KiiM last saturday, when NRK announced the next 4 hopefuls who are in the running to represent Norway at the Eurovision Song Contest in 2021. Let ‘s find out who are competing next Saturday in Semi-Final 5!

We will see the following acts on the 13th of February:

You can listen the songs here on Spotify

Rein Alexander will perform his song “Eyes Wide Open” during this Semi. His song will be released on the 12th of February.

Ane.Fin Is one of the artists in this years National Final who also participated in MGPjr. She participated in 2006 with the song “Thought it was you”. For the past year, the focus has only been on songwriting and releases, such as the podcast Ane.Fin & Folk. After several years as a chorister, event singer and songwriter in silence, she found her strength in communication in the 20s. She says: MGP should be fun and you should enjoy the music. I’m going to enjoy myself!

It is the first time songwriter and session vocalist Erika Dahlen (24)  participates in MGP, but she does so with a bit of a debut: She is a songwriter on two of this year’s song contributions. First as songwriter for Kaja Rode with the song “Feel Again”  – who is directly qualified for the final –  and “I Can’t Escape” which she will perform in this semi-final under the name IMERIKA. The song is about the difficulty of getting on after a break-up, where she struggles to find a foothold in a new everyday life.

RIVER is a pop/country band consists of Thomas Heiland (29) and Lennart Karlsen (50). They are father-in-law and son-in-law of each other and are ready for the big MGP scene together. They say about their participation: It is an adventure trip from the moment we were invited, and it has been a dance on roses. We will be in full cozy mode this Saturday!

What do #YOU think of the acts for semi-final 5? Share your thoughts with us on our forum HERE or join the discussion below and on social media!