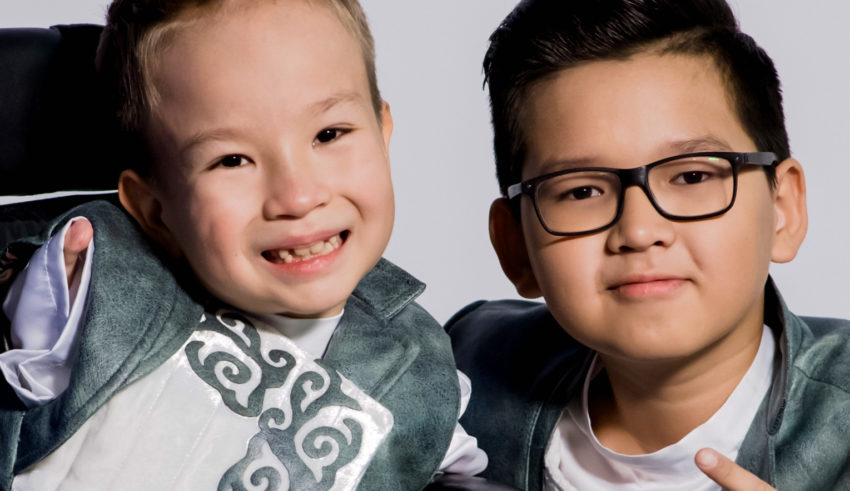 It’s 4 days to go until Junior Eurovision 2021, and we are counting down the 19 nations participating in Paris on Sunday, December 19, 2021.

Today we look at Kazakhstan, a debutante that has set the tournament alight since their debut in 2018.

Kazakhstan debuted at Junior Eurovision in 2018, with Daneliya Tuleshova’s “Ozine Sen.” She came in 6th place with a critically acclaimed entry, and such was her success she went on to the United States to perform on The World’s Best, representing Kazakhstan with “seven octave wonder” Dimash Kudaibergen. Additionally, she appeared on The Voice Kids Ukraine, and also returned to the United States and came in 6th on America’s Got Talent.

The exact same result occurred at Junior Eurovision 2020, with Karakat Bashanova’s poignant tribute to her father, “Forever,” won the jury but overall lost out to France and Valentina’s “J’Imagine.” Kazakhstan brought out everything and the kitchen sink with the staging, and it will only be a matter of time before the same connection is made with the online voters as it is with the jurors.

Kazakhstan’s Khabar TV solicited cover performances and original songs from age eligible Kazakh performers and songwriters, with 30 being selected by Khabar TV to be put up to a public vote. During a two week span, the 30 was winnowed down to 10, with Aiganym Amantai narrowly getting the top spot.

The Grand Final occurred on November 6, 2021, with the remaining ten acts performing and judged by a combination of jury and online votes. Alinur Khamzin narrowly beat Abilkair Zhumabay in the jury vote by 17.1% to 16.7%, but Beknur Zhanibekuly won the online vote with 25.6%, a substantial margin above second place Aiganym Amantai.

Given the wildly different winners for 1st place, and that there was no third or fourth option who had done well enough, Khabar TV opted for a compromise: Both jury and televote winners would go to Paris, but they would both perform as a duet. Everyone involved agreed, and Alinur Khamzin and his song “Ertegı älemı (Fairy World)” would go, but Beknur Zhanibekuly would feature on the track.

Alinur Khamzin, an 11 year old born in Oral, Northwestern Kazakhstan, is one of the most battle tested contestants at Junior Eurovision 2021. He has featured on and done very well on his country’s version of The Voice Kids, was a finalist at Slavianski Bazaar 2021, and did well at Dimash Kudaibergen’s vocal competition Baqytty Bala 2021.

Nine year old Beknur Zhanibekuly currently lives in Strasbourg, France, but was born in the capital Astana (now Nur-Sultan). He was born with phocomelia, a condition that results in underdeveloped limbs and an absent pelvic bone.

Both, according to junioreurovision.tv, are fans of legendary Kazakh boxer Gennady Gennadyevich Golovkin (“Triple G”), who has delighted boxing fans with his aggressive no-holds-barred style and chipper demeanor in the face of adversity.

With the background out of the way, here is what we at ESC United think of Kazakhstan’s entry for Junior Eurovision 2021.

Boris – 6.5 – “The decision to dovetail Beknur into Alinur’s song is a bit… suspicious if you’re as cynical as I, but the overall role Beknur plays is to appear during the middle-eight for a litany of Francophone rap that doesn’t fit the song at all. And that is really freakin’ funny to me. The rest of the song’s pretty boring tho.”

Connor – 6 – “Honestly, this isn’t as bad as I thought it might be when I heard Kazakhstan planned to retrofit two artists into one song. Kazakhstan always know how to write a good track, and this is no exception but I feel like the final bridge where he starts ad-libing the “oh’s” gets a bit weird tonally. It’s certainly not their strongest song in their short history, but it’s not bad by any means.”

James – 7 – “The compromise is what weakens this ballad somewhat, but you can see why they did it. Jury wins two years in a row, you do have to give them credit for onboarding public feedback considering public votes have been their weakness thus far. Alinur is a great vocalist and leads the line with confidence, and Beknur’s rap part in French, though done well in and of itself, is not exactly seamlessly integrated. The “na na na” in the background stands out in a not too pleasant way. Overall, another strong effort from Kazakhstan, despite what the whingers say about the national selection drama.”

Melanie – 6 – “One thing that I learned the past few years reviewing Junior Eurovision songs, is that you never ever underestimate Kazakhstan in this competition. Somehow, they always end up low in my list, but during the show, suddenly they’re my favorite to win the contest. The studio version of the song is a big step forward of his live performance. Also, love the way they integrated Beknur in the song. It’s a decent song, but quite forgettable. Really curious how they’re going to stage this!”

Roy – 6 – “A difficult song from Kazakhstan this year. I have massive difficulty predicting with how this will do. You have the phenomenal voice of Alinur. The catchy and interesting ‘nanana’s’, but I don’t know if the rap really fits in this song. The backing track is kind of uninteresting, but part of that might also be because the trap hi-hats had to be added with the added rap part. I just feel like they could have gotten more out of this.”

Stefan – 4.5 – “I wasn’t sure what to think about either of the two winning songs but with the final version it all sounds very polished and nice. Thumbs up for the French parts. Unfortunately, we all know that it’s not up to the level we had it in previous years, so I hope it will be at least midtable finisher.”

Tyler – 7 – “”Ertegı älemı” is a great blend of a modern ballad with a Kazakh traditional instrumentation that makes me enjoy the song a lot. Alinur sings the song quite well and Beknur’s vocals are also good, but I wish there was more of a balance, as it feels like Beknur is a feature instead. That being said, I think this song will do quite well for Kazakhstan and it’s a pleasant song to listen to and get lost in.”

William – 5.5 – “Alinur’s vocals are INSANE. How does his tiny frame generate that much power? I am pleasantly surprised at how well Beknur was integrated. His verse sounds like it was always meant to be there, and I remain obsessed with his LEGO prosthetic. The song has a transporting melody, but it isn’t quite up to the standards of Kazakhstan’s recent efforts. It’s not as immediately compelling. Some very off-putting decisions were made when recording the backing vocals, specifically the droning “na na na” refrain. I’m on the fence. It’s going to come down to staging. Luckily, that’s one of Kazakhstan’s strengths.”

Kazakhstan has traditionally done well with ESC United voters as well as they have done with JESC jurors, but this year concerns over the national selection compromise of two artists on one song have viewers wondering about the cohesion and rapport between Alinur and Beknur.

Do #YOU think Kazakhstan can maintain their winning record with the juries and improve their online performance? Let us know in the comments below, on social media, or in our forum.