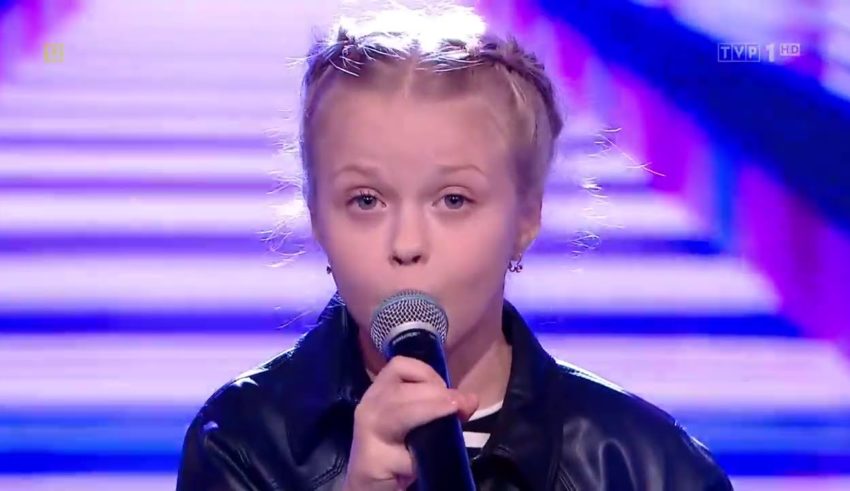 It’s 4 days to go until Junior Eurovision 2020, and we are counting down the 12 nations participating in this year’s remotely held and Warsaw, Poland hosted contest on Sunday, November 29, 2020.

Today, we look at hosts and recent JESC powerhouse Poland, who will be looking to make it three wins in a row.

Poland was one of the countries in the very first Junior Eurovision in 2003. They came last. Poland re-upped in 2004. They came in last. Poland took this as a sign, withdrew, and would not return until 2016.

She screamed it from the top of her lungs and delivered Poland’s win at Junior Eurovision. And until one Carla and “Bim Bam Toi,” Wegiel ‘s official video was the most watched video in Junior Eurovision history.

Viki Gabor repeated the trick for Poland in 2019 with a crushing win, becoming the first host nation to win JESC and the first to win two in a row, with “Superhero.” Gabor’s win came on the back of some stellar televote numbers (Kazakhstan won the Jury vote), and Poland will be hopeful again that Polish viewers come through for them.

Poland’s TVP again utilized its ratings bonanza Szansa na sukces to select its representative at Junior Eurovision. In terms of domestic ratings, this was a no-brainer.

21 budding artists were put through their paces in three Semi-Finals, with the three winners of each moving through to the Grand Final.

The Final was decided by 50% Jury and 50% Televote, with the Jury being made up of JESC 2019 winner Viki Gabor, Poland’s Eurovision 2014 representative Cleo, and singer-songwriter Dawid Kwiatkowski.

Alicja “Ala” Tracz ultimately prevailed in the final over Lena Marzec and Agata Serwin, with Ala’s Polish language take on “Let It Go” from Frozen and her original song “I’ll be Standing” winning over both judges and televote.

Born March 25, 2010, Tracz is another JESC contender to have gone through a The Voice Kids trial by fire. She was on Dawid Kwiatkowski’s team during the show.

She hails from the small town of Stojeszyn Pierwszy in Poland’s Lublin province. In Junioreurovision.tv’s This v That quiz for contestants, The Netherlands’s UNITY expressed a slight preference for dogs vs. cats. BOO! Tracz is clearly on the pro-cat side!

Gromee wrote “I’m Still Standing” alongside his wife and fellow Polish singer and songwriter Sara Chmiel-Gromala. The couple just welcomed their second daughter Helene in October 2020 (their first daughter Franciszka was born in 2018), which in the Slavic numerology obsessed culture would be good luck as it’s one couple delivering their second child while writing Poland’s third win in a row (1-2-3).

Okay, that sentiment may not be authentically Slavic or numerologically sound, but doesn’t it make a great story? These are legends that ESC and JESC are made of.

Anyway, you obviously remember Gromee as Poland’s Eurovision 2018 representative with Lukas Meijer and “Light Me Up,” and he wrote the theme song for JESC 2019. We’ve not seen the last of Gromee, we are glad he is still making music in an EBU contest, and would not be surprised to see him come back himself one day.

Connor – 7 – “Jesus this revamp really made this song better – which I should have expected from the double hosting country. Could they be our Triple Crown winner? (yes I used an American Derby joke, you’re welcome!) Truthfully I think Poland has a good song, but not a winner on their hands. It’s definitely a strong contender for top 5 but Ala really needs to work on her confidence while performing, something I’m sure they have been working on since her win in September. This will be an interesting entry to watch on the night of the show but I have reservations about if it can live up to the hype.”

Daniel – 7.5 – “Huge fan of the seamless English to Polish transitions. It has a great punk vibe which I hope they will make match because she is giving off very wholesome vibes but this song has a lot of really cool elements playing simultaneously. I think this is another strong entry for Poland where they carve a special niche for themselves with this rockier influence. This might not be an Ireland 92-94 but Poland can nonetheless be proud of its strong production.”

James – 7 – “Poland have gone in a different direction this time, with a spikier, younger more attitude laden singer versus two years of “too cool for school.” To be honest, they could have kept on sending their version of Mean Girls to the contest, so it is commendable that they went with a much younger and more energetic option this year. Props to Gromee for writing a song to match her strengths. And props to Poland for not repeating the same formula for a third time. I hope it pays off, though personally there’s a few songs I prefer to this. However, I am famously crap in the ESC United team for predicting how Poland will do, so hopefully giving a good score of 7, which is my genuine feeling for this song, does not jinx Poland.”

Melanie – 6 – “This is how it sounds when Poland is trying to hard to produce another winner song. Ala has a great voice and she really showed it during Szansa Na Sukces. The studio version sadly sounds very overproduced and the instrumentals of the song just outshine her voice. I also have the feeling that they messed up her voice in the studio version. I understand the decision that they want to make the song more energetic to appeal to a younger audience, but it’s sadly a downgrade for me. Luckily the base of the song is the same and people who like this song will still vote for it at the show itself, but for me their former entries were just much better.”

Roy – 6.5 – “Poland has really found a way of their own to get a nice song for Junior Eurovision every year. This year they also send something interesting again. It definitely sounds like something that fits Ala well and it is kind of unique within the batch of songs this year. The horns in the chorus are a very lovely addition to this piece! Normally the song would be okay and very presentable, but the horns add that extra bit of uniqueness and memorability. There are better songs in this year’s competition however, but nonetheless I think Poland will have another strong result!”

Sean – 5 – “Inexplicable JESC powerhouse Poland are bringing another pop song to try and conquer the contest in 2020, but I’m not feeling this one. It doesn’t have the sing-along ability of “Anyone I Want To Be” or the powerful production and artistry of “Superhero” and instead gently plods down the middle of the road. By no means a bad song, but disappointing by the high standards the Poles have now set themselves.”

I know they say America is the land of hopeless optimists, and it is the team of Connor, Daniel and James propping up Poland while the European squad of Melanie, Roy and Sean dings them. Hopefully Poland’s change in direction still brings out the large volume of viewers and voters who helped Wegiel and Gabor to victory in 2018 and 2019. As it stands, Poland comes in 6th in our poll, but it comes with the caveat that as a team we don’t know our elbow from a pierogi when it comes to Polish ESC/JESC entries.

Next up we have Russia.

Do #YOU think Poland can make it three in a row? Or do #YOU think the chaos of 2020 or Poland’s change in direction will result in a lower placing? Let us know in the comments, on social media, or in our forum.