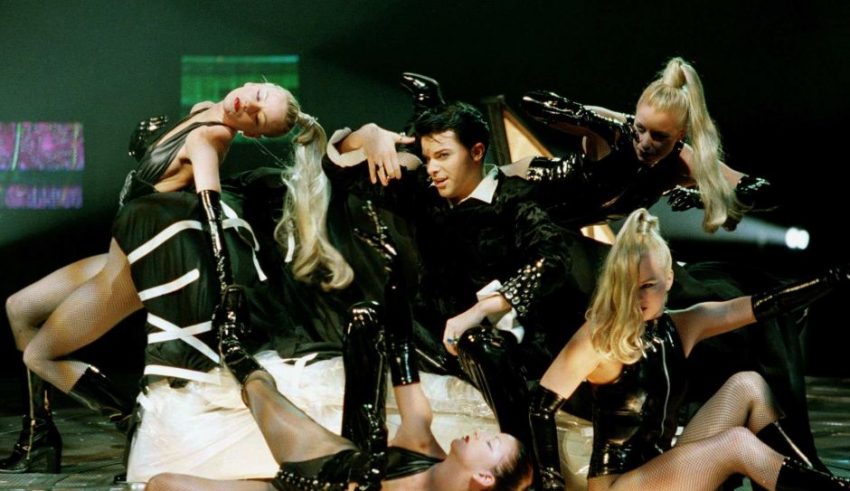 Iceland’s representative for Eurovision 1997, Páll Óskar Hjálmtýsson, caused controversy yesterday when he made remarks considered to be anti-Semitic in an interview with radio station Rás 1. A leading voice in Iceland in the boycott of Iceland’s participation in Eurovision 2019 in Tel Aviv, Israel, Hjálmtýsson, who performed as Paul Oscar with 20th placed “Minn histi dans” in 1997, made comments that many Icelanders complained crossed the line.

Per The Reykjavik Grapevine, Hjálmtýsson told Rás 1, “The reason why the rest of Europe has been virtually silent is that Jews have woven themselves into the fabric of Europe in a very sly way for a very long time. It is not at all hip and cool to be pro-Palestine in Britain. The tragedy is that Jews learned nothing from the Holocaust. Instead, they have taken up the exact same policy of their worst enemy.”

According to the European Agency for Fundamental Rights, insinuating that Jews are a malicious foreign presence that seek to influence society for nefarious and self-serving means is a common trope among anti-Semites, and that such views have become normalized among even members of some mainstream European political parties as well as extremist groups.

Hjálmtýsson did take to Facebook to take back the “hurtful words” about Jewish people in general. “I willingly admit that I went far too far in my words, I merged the government of Israel, the Israelites, and the Jews into one porridge,” said Hjálmtýsson. “I dealt with judgments and generalizations about Jewish people.”

Hjálmtýsson clarified that his comments about the Israeli government and its actions in Palestine stand, and that he will continue calling for Iceland to boycott Eurovision 2019.

In other news, and following up from Israeli Sports and Culture Minister Miri Regev’s request to the European Broadcasting Union (EBU) that accommodations be made for the Shalva Band, a group of young disabled musicians who unexpectedly won over the hearts of many Israelis with their performances on Hokachav Haba, the EBU clarified its position on the rehearsal before the Grand Final, and that it would not budge. Shalva Band’s rabbi had requested accommodation due to the rehearsal being held on the Shabbat, the Jewish Day of Rest, which members of Shalva Band observe.

“All broadcasters commit to abide by the Contest’s rules when agreeing to participate. The rules state that each broadcaster will undertake to enter a national song and a Contestant that complies with the present rules. These rules include obligation of attendance across all rehearsals and live shows, for delegation members and contestants,” a spokesperson for Eurovision Singing Contest told The Associated Press.

As such, the Shalva Band decided to withdraw from contention from Hokachav Haba, the final of which they had already qualified for on February 12, 2019. A spokesperson for Israeli Public Broadcasting Corporation KAN said that the band would get a special send-off on the night of the final.

However, KAN also announced today that Shalva Band would at least get a moment in the sun at Eurovision 2019. KAN officially invited Shalva Band to perform as the interval act at Semi-Final 2 on Thursday, May 16, 2019. This would not violate Shabbat, which begins at sundown on Friday and ends at sundown on Saturday.

Do #YOU think the EBU was right to reject Shalva Band’s Shabbat request? What do #YOU think of the controversy stirred up by Paul Oscar? Comment below, in our forum, or on social media.