Home 2017 Georgia: Oto Nemsadze & Limbo “The audience is the most important thing for me” 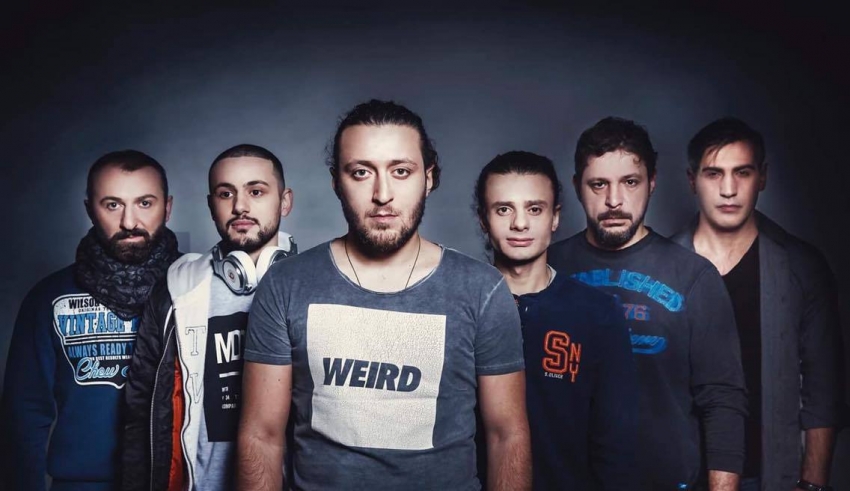 Today, the national final in Georgia will kick off. The 25 acts are ready to compete tonight during the show organised by GPB which starts at 17:00 GMT. The show will be broadcast live from Tbilisi’s Philharmonic Concert Hall. Today we had time to talk to Ott Nemsadze & Limbo who will participate with their entry “Dear God”

Hello! First of all thank you very much for contacting us. It’s a real pleasure for me. I am Oto and we are the band called “Limbo”. We started this group  2 years ago. The idea and the main goal of our band was to create the genuine music and that’s what we’re doing today. “Limbo” consists of musicians who have a lot of experience and have the same goal.

Your song that you will be presenting for the national final in Georgia is “Dear God”. What can you tell us about the song?

Dear God was composed by my brother ,Beso Nemsadze, and  the lyrics where written by a very talented Georgian poet Alexandre Lordkipanidzei. The song was recorded at Betkholab and is currently under working process. This is not the final version of the song. Those who will be present on January 20 at the National Final, will be able to listen to the final version of it.

The song was written during the period when sad accidends were happening everywhere in the world. The lyrics and the melody reflects our approach towards all of this and that’s why this song means a lot for all of us.

The Eurovision Song Contest offers many advantages to singers and musicians. It gives a possibility to share with the entire world the messages that you want to share. The stage of Eurovision Contest is one of the biggest and prestigious stages in the world. I watch the show every year and I have many favorite entries. I especially would like to emphasize last year’s performance by Jamalla and I consider this entry as one of my favourites.

The audience is the most important thing for me. The places don’t really matter. You can perform anywhere, as long as there are people who listen to you. I would perform with pleasure anywhere, where I would be given the possibility to represent my country, because it’s the biggest honor and the biggest responsibility at the same time.

I took part in many TV shows and I have won almost every one of them. I’m the winner of Geostar 2010 (Georgian version of “American Idol”), super finalist and runner-up of the Voice of Ukraine (2013), winner of TV Show Bravo (2014). It’s for sure that all of those TV shows gave me a lot of self-confidence and yes TV made more self-conscious.

I’ll never forget the words that my mother told me once: “Never give up and strive to succeed”

I only fear height and God.

The typical day for me starts in recording studio, and continues in different Televisions and newspapers.(rehearsals, live shows).My agenda is really busy these days.

You can listen to Oto’s entry “Dear God” on this link below :