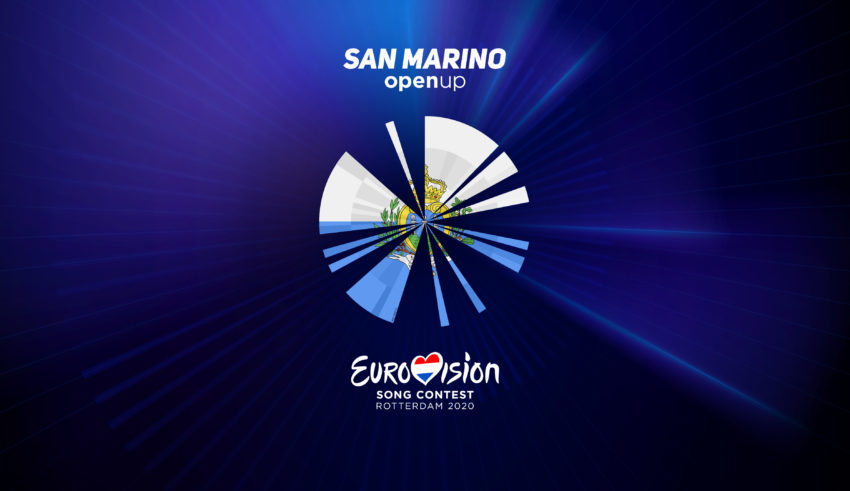 The Official Eurovision San Marino Instagram Account followed in the recent social media trend of an “ask me anything” question series. Their forward approach was much appreciated, and a few nuggets of knowledge have been revealed in preparation for San Marino’s journey to Rotterdam 2021.

The first image asks, “when will Senhit’s Eurovision song be released?” to which they respond “We are working on it very carefully, but late February is one of the strongest options.” This is to say that the song has a high potential of being released at the end of February (format pending), but still leaves them wiggle room outside of a strict timeline. 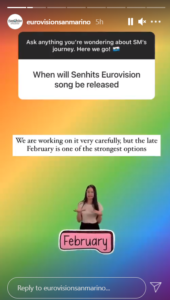 The second image asks, “will there be more than one option for a public choice?” The account responds using the pensive Oprah emoji and states “the selection method of our entry has not been decided yet.” San Marino has experimented with various formats in the past few years, including last year’s public choice between two songs (Freaky and Obsessed). We are unsure whether they will be following this same format or if more songs will be under consideration for public choice. 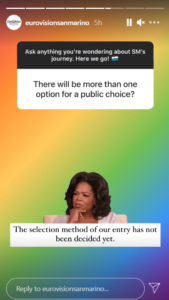 The third image asks, “who will do the staging in 2021?” to which they excitedly respond “The DREAMER! Maestro Luca is on board and we could not be prouder.” Luca Tommassini is known for the artistic and directive collaborations he does with Senhit, including her recent string of music videos celebrating the songs of the Eurovision Song Contest. He has previously collaborated with such powerhouses including Diana Ross, Prince, Janet Jackson, Whitney Houston, and Kylie Minogue 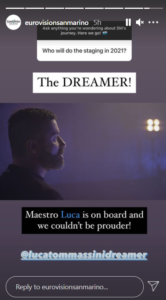 This announcement comes on the heels of Senhit’s #FreakyTripToRotterdam. Senhit has been covering some of her favorite Eurovision songs and adding an undeniably personal twist to each of them. Some videos feature social commentary, religious iconography, and pop-culture allusions. Her artistry is shinning through these throwbacks, often embedding humor and social commentary into a visual and cinematic production. These visual showcases are not afraid to push the envelope and really engage viewers into a cornucopia of imagery and allusions.

Each of these productions was directed by her creative partner, the Italian choreographer, Luca Tommassini, the same man from above who will help bring Senhit’s freaky to Rotterdam this year.

Here is a list of each of her covers (and links hyperlinked):

Senhit is styling up and preparing to represent San Marino in 2021, after having been internally chosen to represent the micro-nation in 2020 and has also represented the nation in 2011 in Düsseldorf, Germany.

What do #YOU think of Senhit’s covers? Are you excited to see what San Marino has in store? Let us know on our forum HERE, or join the discussion below and on social media!