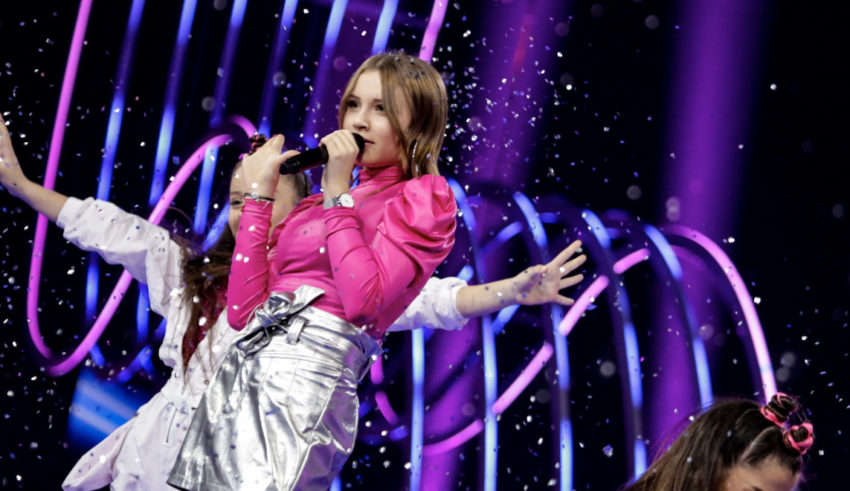 While discussing the future of France in general at Eurovision during the week when Eurovision 2020 would have aired, France’s Eurovision Head of Delegation Alexandra Redde-Amiel confirmed that France fully intends to participate in November’s Junior Eurovision 2020 in Krakow, Poland.

Though Junior Eurovision 2020 and work on this year’s concert are currently on hiatus, Redde-Amiel told France’s Programme TV that they will send an entry should the contest go ahead.

“I can confirm that we intend to take part!,” Redde-Amiel said.

Carla Lazzari’s “Bim Bam Toi,” which came in 5th at Junior Eurovision 2019 in Gliwice, Poland, took on a life of its own after the contest, with users of TikTok in particular uploading videos of themselves lip-synching to the song. Fitness YouTuber Juju Fitcats uploaded her own version, singing the song on a flight before take-off in December 2019, which inspired many of her 2 million subscribers to upload their own.

“I am so proud of her!,” said Redde-Amiel. “Because in a way, it was a bit my first Eurovision. “Bim Bam Toi” had been a crush. We were with Steven Clerima and Frédéric Valencak, and the song seemed obvious to us. I had my 10-year-old elder listen to this song, I have three daughters, and she told me that we had to do a choreography for TikTok. I talked about it with Sabrina Lonis, our choreographer, and asked her to work on it. The same evening, she was already sending me a video of her dancers with this choreography which has never changed since. We know the rest, it’s amazing. She is the first French artist to cross the 2 million mark on TikTok. Carla will release her album on June 5, we are very proud of her.”

Redde-Amiel also commented on whether or not Tom Leeb would return to Eurovision 2021, or if not, if there was going to be a return of a national selection.

“We think about everything,” said Redde-Amiel. “Since from the moment we experience a historic event like this, we are forced to ask ourselves all the questions. The hard part is that we are in May 2020, and that we have to plan for a year from now. Many things, like the rest of Tom’s journey, come into play. We will in any case have a communication which will be fairly rapid following Eurovision. It is important for everyone that we move forward. It is an extraordinary adventure that we are living, I feel a great sadness at not being able to live this Eurovision with Tom, Stéphane Bern and the teams in Rotterdam. But we will all live a moment of communion together on May 16 with Eurovision: Europe shine a light, and we will come back stronger than ever in 2021. I learned a lot. I am very proud to be head of the delegation. I understood this world, the importance of Eurofans… It is a big family.”

To date France, Georgia, Ireland, Italy, The Netherlands, Russia, Spain, and Ukraine have confirmed an intention to compete at Junior Eurovision 2020.

In recent weeks, Scotland’s BBC Alba confirmed that they will not debut at Junior Eurovision 2020, Denmark also declined a returned citing their familiar “children competing like adults” defense, and Wales’s S4C Channel have put preparations on hold until a final decision is made whether or not the European Broadcast Union will proceed with Junior Eurovision 2020.

France first participated at Junior Eurovision in 2004 with Thomas Pontier’s “Si on voulait bien” coming in 6th. A 14 year sabbatical followed, but when France returned in 2018, they returned with a bang with Angelina Nava’s “Jamais sans toi” coming in 2nd.

Are #YOU still hopeful of Junior Eurovision going ahead in November 2020? What do #YOU think of France’s recent efforts at the contest? Let us know in the comments below, in our forum, and on social media.