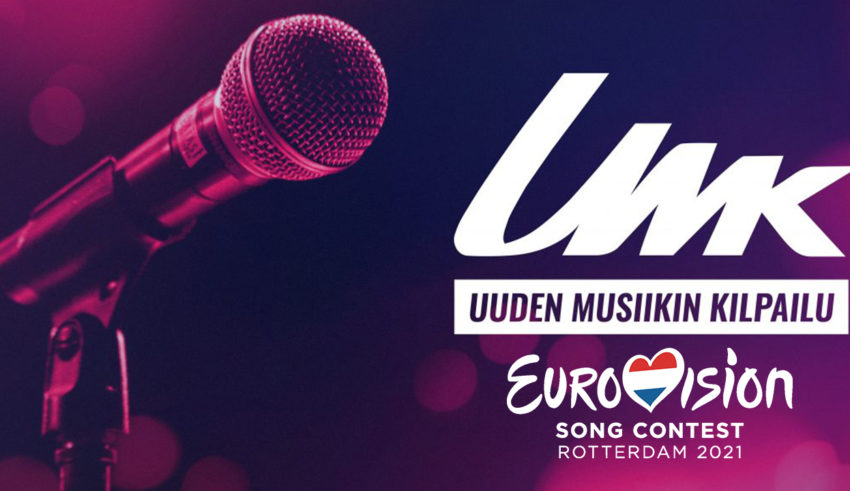 The 2020 season will most likely always be remembered for how it almost had an ending, but that ending was cut short… but where there is an ending, the is a new start and the 2021 season is already blooming upon us, starting in Finland!

In 2021, Uuden Musiikin Kilpailu (in short: UMK) will celebrate it’s 10th edition, since it was first aired back in 2012. Since the show first aired, it has been used to select the Finnish song for ESC every year since, and the Finnish national broadcaster(Yle) will stick to it, despite some rather poor results, but also one of the best ever results.

Out of the so far 9 winning entries of UMK, 3 of them managed to qualify to the Grand Final of the Eurovision Song Contest, while 5 attempts has resulted in failing to qualify for the final and 1 entry (2020) which never got the chance to compete. Among these entries there were 2 last place finishes in the semi-finals (in 2015 & 2019), an entry in Finnish (2015) & Swedish (2012) and even a very impressive near top 10 finish (in 2014).

One would think, why would Finland not aim from a different angle then? That is what they actually are doing, and they’ll do it once again in 2021!

For 2020, Yle partnered with the radio station YleX that specifically focuses on great music, in order to search for the next star to represent Finland in 2021.

The national broadcaster even went out and said that UMK 2020 was the best edition of all time, and the show even produced a banger of a song being “Cicciolina” performed by Erika Vikman.

Unfortunately, this co-operation never managed to get an end result, due to the 2020 edition of the Eurovision Song Contest being cancelled. Whether Aksel Kankaanranta would impressed Europe or not will never be known. But the broadcaster is ready and willing to go this path once again!

The rules for the national final have been published in Finnish, Swedish & English, and in the rules it is stated that submission will be open between the 1st and 7th of September 2020. There is however, a limit for who many entries can be submitted, with the max number of entries being 3 for lead singers and only 1 song with advance further, band members can participate in more than one song and composers, lyricists and arrangers in several songs.

An expert jury will select the entries for the national final, which is set to be held in February 2021 and the winner will be decided between a jury and the televote. Just in case, should the public vote fail due to technical difficulties, then the winner will be solely decided by the jury. (Sounds like the Finnish don’t wanna go through what NRK went through in 2020.)

Should you be a performer from outside of Finland, then note that at least one songwriter and one of the lead singers must have a Finnish citizenship or have a permanent residence in Finland.

Should you be interested in knowing more about the rules for UMK 2021, then you can read it all here in English.

As we all probably know, Finland were set to be represented by Aksel in Rotterdam with the song “Looking Back“. Had the 2020 edition taking place, Finland would’ve performed at slot number 13 in the second semi-final.

What do #YOU think now, did YLE take the right approach for 2020 and is it smart that they will do the same in 2021, or do #YOU think they should’ve changed it all once again? As always we’d like to hear from #YOU on our forum right HERE or visit our social media sites and share what #YOU think!